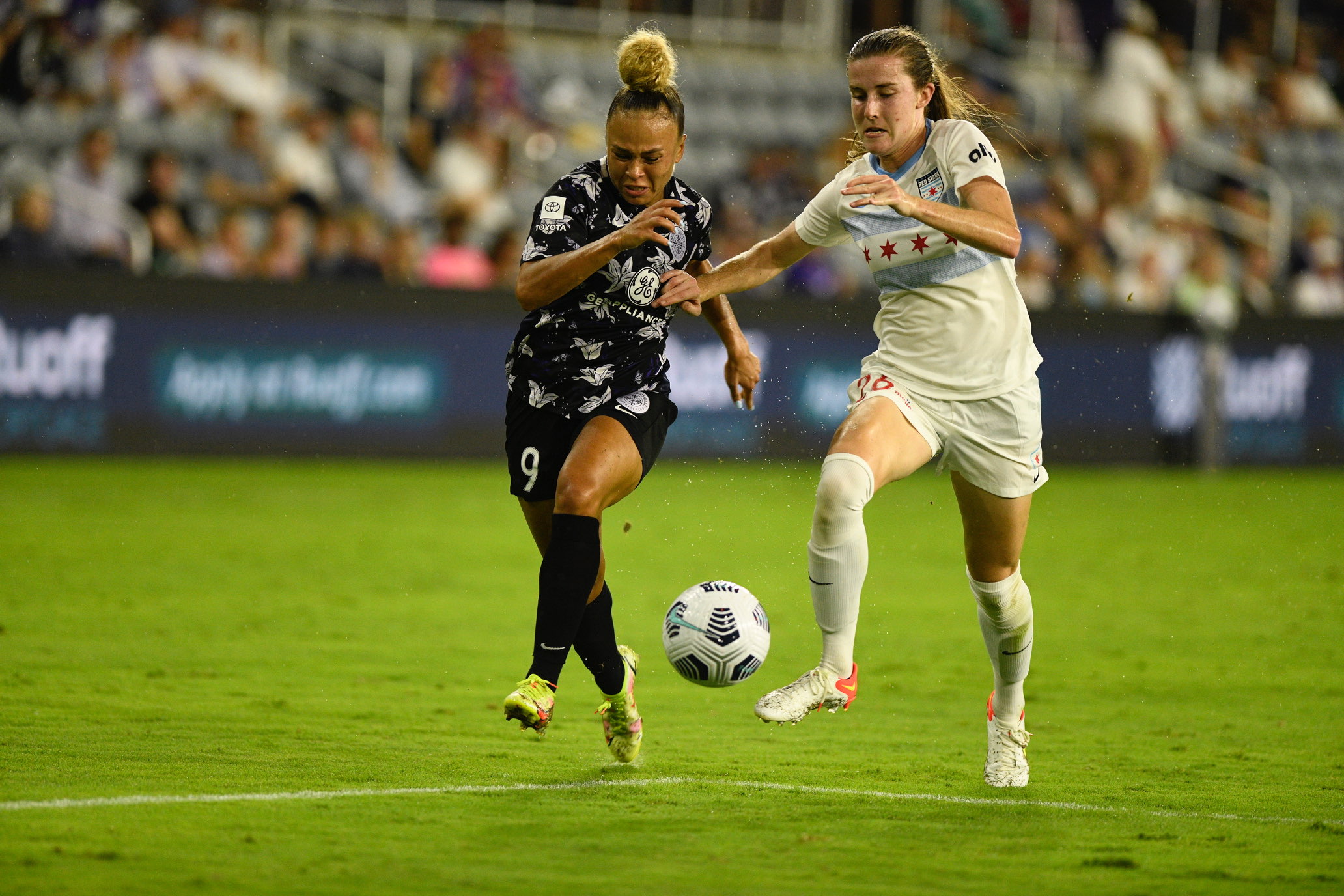 The first ever edition of The Women’s Cup tournament kicked off on Wednesday night — the same evening another tournament (the ICC) kicked off in Portland — in Louisville, Kentucky. Four teams entered, with two traveling from Europe to compete. Here’s what happened in Wednesday night’s action.

Paris Saint-Germain, the reigning champions of France, took on FC Bayern Munich, the reigning champions of Germany to kick off the tournament. Paris Saint-Germain saw new signing Kheira Hamraoui, who is a French international, slot immediately into the starting XI. Hamraoui joined the club after three season with Barcelona. Hamraoui previously featured for PSG from 2012-16.

However, it was teammate Marie-Antoinette Katoto that put the initial point on the board. Katoto scored off a header, sent in by Sandy Baltimore on a picture-perfect cross. Bayern Munich equalized off a tap-in from Linda Dallmann. Only five minutes after the equalizer, Bayern took the lead. Lea Schüller put the ball in the net, but it was the free kick from Carolin Simon that smacked off the crossbar and deflected perfectly for Schüller.

In the second half, PSG equalized courtesy of their new signing, Hamraoui. The recent UWCL champion found space inside the box and put a header in Bayern’s net on a corner kick.

After 90 minutes, both sides were tied. The match went straight to penalty kicks per The Women’s Cup rules. PSG earned the right to kick first, and Swiss international Ramona Bachmann had her shot saved by Janina Leitzig. Germany went on to score three-straight penalties. However, the fourth attempt produced a miss from Dutch international Lineth Beerensteyn.

After five kicks from each side, the shootout remained tied at 4-4. Bayern advanced after PSG’s Léa Khelifi missed her shot and Swedish international Hanna Glas converted her kick.

Bayern will face Racing Louisville in the final on Saturday.

A key, and interesting, difference between the Chicago Red Stars adn Racing Louisville match with the other tournament’s NWSL clubs, Portland and Houston, is that this match counted in the NWSL standings. Despite being played during The Women’s Cup, the draw counted as a point for each of Louisville and Chicago in the NWSL table.

Portland and Houston, in the ICC, are playing in a friendly.

Racing Louisville, the hosts of The Women’s Cup, gave their fans a show early on. Ebony Salmon stole the ball off Danielle Colaprico in the 10th minute, taking the ball to Cassie Miller’s goal and nutmegging the Chicago goalkeeper for the tally.

However, Chicago equalized off a Kealia Watt blast inside the box. When the whistle rang after 90 minutes, that ended the NWSL portion of the match. Both sides split the league points after a 1-1 draw. However, penalties still ensued to decide who Bayern would face in the final.

In a similar story, Mallory Pugh stepped up first for Chicago, and she had her shot saved by Michelle Betos. However, unlike Bayern consecutively scoring, Louisville converted their first and then dropped the second, with Gemma Bonner’s shot being saved by Cassie Miller. After back-and-forth action with conversions, extra penalties began and Rachel Hill sent her penalty wide. Finally, Katie McClure converted her penalty and Racing punched their ticket to The Women’s Cup Final to face Bayern Munich.

Both matches will be available once again on Paramount+, both being held on Saturday. The third-place game will take place at 3 p.m. ET between Chicago Red Stars and Paris Saint-Germain. Meanwhile, in the final at 6 p.m. ET, Racing Louisville will look to bring a tournament title home against German champions Bayern Munich.