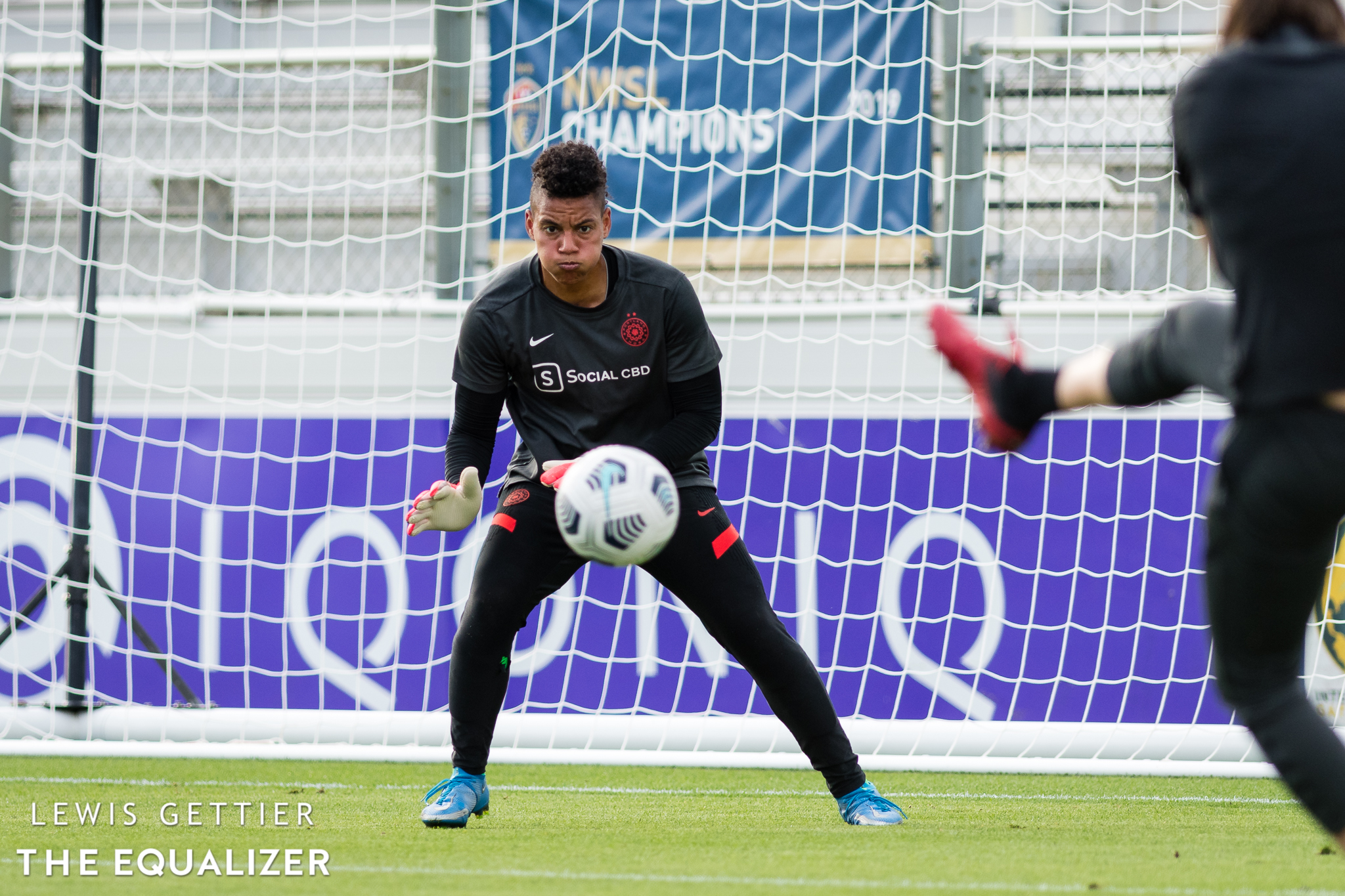 Portland Thorns FC traded goalkeeper Adrianna Franch to Kansas City in exchange for goalkeeper Abby Smith and $150,000 in allocation money, the teams announced on Tuesday. Franch is a United States women’s national team federation player and had been with the Thorns since 2016, including the championship-winning team in 2017. She was the starting goalkeeper for the Americans in their Olympic bronze-medal game victory earlier this month, after Alyssa Naeher was ruled out due to injury.

In Franch’s absence for national team duty, the Thorns have turned to Bella Bixby, who has only conceded two goals in seven appearances. She also had standout performances in a brief amount of game time in 2021, and it is clear that Portland feels Bixby is the team’s future in net.

“In speaking with AD we came to the collective decision that the opportunity she has in Kansas City makes sense for both sides and we wish her all the best,” Portland general manager and president Gavin Wilkinson said.

Franch’s move sees her switch from the league leaders to the last-place team in the National Women’s Soccer League. She returns to her home state as a player which Kansas City, in its first season in the NWSL after replacing the defunct Utah Royals FC, will build around. Kansas City won its first game in team history on Saturday in its 14th game of the regular season (and 18th overall).

“This move is even more special to me as my life and career have come full-circle and I’m proud to represent the greater Kansas City area and play in front of the community,” Franch said. “I know what Angie and Chris Long are capable of and what their commitment is to the club and our sport. I am very excited to see what the future holds for my new club.”

Smith, meanwhile, just guided Kansas City to that inaugural victory on Saturday. She was previously with the Utah Royals (whose players’ rights were assigned to the new Kansas City team) after being drafted by the Boston Breakers in 2016. Smith has played 44 career NWSL games in five years, but has struggled to solidify a starting role on any team. In Portland, she will likely back up Bixby.

Part of Portland’s thinking was undoubtedly planning for the impending expansion draft in December, given the number of star players on the team. The $150,000 in allocation money could also help with mitigating expansion loss through trades or by using it to secure new players.

The Lowdown: USWNT players are on their way back to NWSL
ICC tournament, with all its quirks, presents different challenges for each team