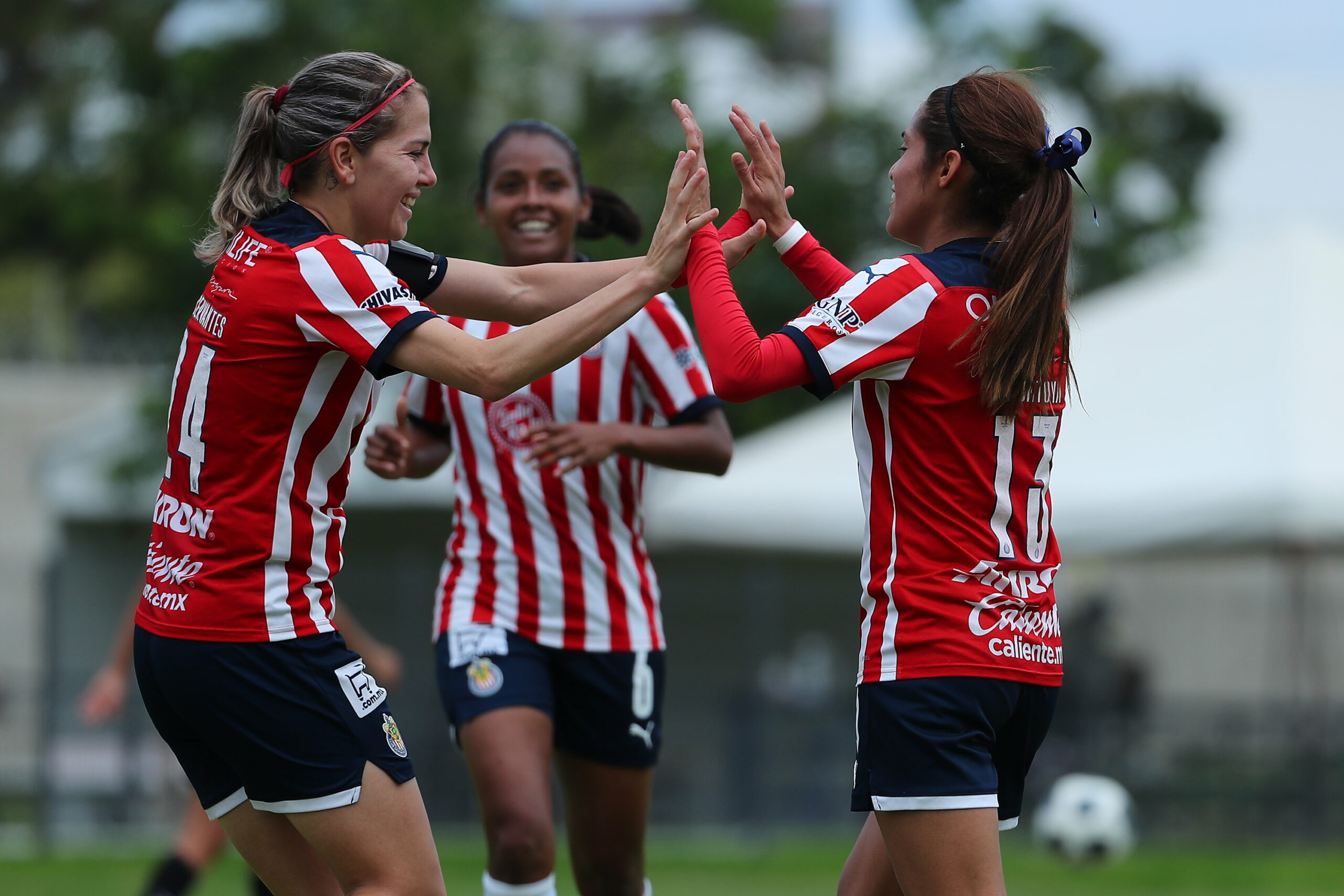 No league is perfect, and Liga MX Femenil showed that this past weekend with officiating errors. However, the officiating — namely in Monday night’s contest between Tigres and Atlético San Luis — wasn’t the lone highlight of Week 5. Teams picked up wins and a couple draws were had. Here’s what went down in Mexico.

Necaxa is having a disastrous start to the 2021 Apertura season. The last two weeks, especially, haven’t been kind to the club, losing 8-1 to Tigres and then 3-0 to Santos Laguna. This week was no different, with Chivas piling on six goals against Necaxa for a big win at home.

Alicia Cervantes scored twice for Chivas, while the team also had three other goal-scorers. Necaxa gave up an own goal to put the cherry on Chivas’ cake. It only took four minutes for Chivas to get on the board after a header from Michelle Gonzalez. Christian Jaramillio scored in the 29th minute after Kristal Soto intercepted the ball off an errant-timed pass from Necaxa goalkeeper Valeria Martinez. To close out the first half, Cervantes scored after a long assisted pass from her goalkeeper, Celeste Espino — who booted the ball about 60 yards to get it to Cervantes.

Necaxa kicked off the second half on the wrong foot, with Lessli Horta putting a head-scratching clearance into her own goal. Cervantes and Chivas built off the blunder, with Cervantes’ second goal in the 68th minute off a loose ball in front of goal. Atzimba Casas put the final nail in the coffin after going one-on-one with the goalkeeper inside the box.

Necaxa is riding four straight losses and still looking for their first victory of the season. Meanwhile, Chivas is staying put in the No. 2 spot on the table and still hunting down first-place Tigres.

Tijuana has made major strides since last season’s Clausura campaign. The team picked up its second win of the season and has not lost a game, drawing three other times in league play. Reaping the rewards, Tijuana now sits in sixth place.

On the road, Renae Cuellar scored both goals for the Tijuana victory over Pumas, who continue to slide down the table after drawing with Cruz Azul last week. Cuellar took two minutes to score the opening goal after taking an angled shot and skimming the ball just under the crossbar. In the 25th minute, Cuellar scored her second tally after some twisting and turning with the ball.

Pumas did have consolation and attempted to mount a comeback after a 20th minute goal from Laura Herrera at the top of the box. However, Pumas had a chance to equalize early in the second half, but a penalty from Liliana Rodriguez was saved by Tijuana keeper Itzel Gonzalez, who has been a regular on the Mexican women’s national team.

Tijuana is a different team from last year, not having picked up a loss this season. While they are still ways off from Tigres and the top spot, Tijuana can make the playoffs easily with consistent performances.

Tigres gave another highlight-reel worthy performance in a 5-1 victory at home over Atlético San Luis. However, the match had a bit of controversy around it after the referee gave a penalty to Tigres in the 18th minute after Lizbeth Ovalle slammed into San Luis defender Ana Lopez. Give the moment a watch and decide for yourself.

Either way, Tigres took the victory and all three points. Katty Martinez picked up the first of three goals in the 19th minute, moments after the controversial call, and slotted the penalty kick. Ovalle ended up on the scoresheet too after a 27th minute goal going between the legs of goalkeeper Stefani Jimenez.

In the second half, Martinez kicked things off with her second goal off a header inside the box. Moments later, Belen Cruz beat out her two defenders and slotted home the cross from Maria Sanchez, up and over goalkeeper Jimenez. Finally, the fifth and final goal came in the 62nd minute from Martinez off another penalty kick.

San Luis, just like Pumas, had a consolation goal in the loss, as Ana Lopez found herself wide open on a free kick and headed the ball past Vania Villalobos for the game’s opening tally in the 9th minute. However, the attacking power of Tigres edged out Atlético San Luis for all three points at home, keeping hold of the No. 1 spot in the league.

Puebla has been sitting comfortably in the middle of the table, rising up each week. This week, the team slid into a playoff spot — although the season is still young — after a surprising blanking of Cruz Azul. With the loss, Cruz Azul slid all the way from sixth place to ninth place.

Veronica Martins notched her first brace of the season of Puebla with two second-half goals. However, it was midfielder Mariam Castro that kicked off the scoring in the 21st minute off a header. In the second half, Martins’ first tally came off the rebound from an initial save by Cruz Azul goalkeeper Karla Morales. Martins rounded out her brace in the 90th minute after cutting through several defenders.

Puebla faces a Necaxa team that is struggling this season, while Cruz Azul will look to stun Tigres in Week 6.