Carli Lloyd announces she will retire at the end of 2021 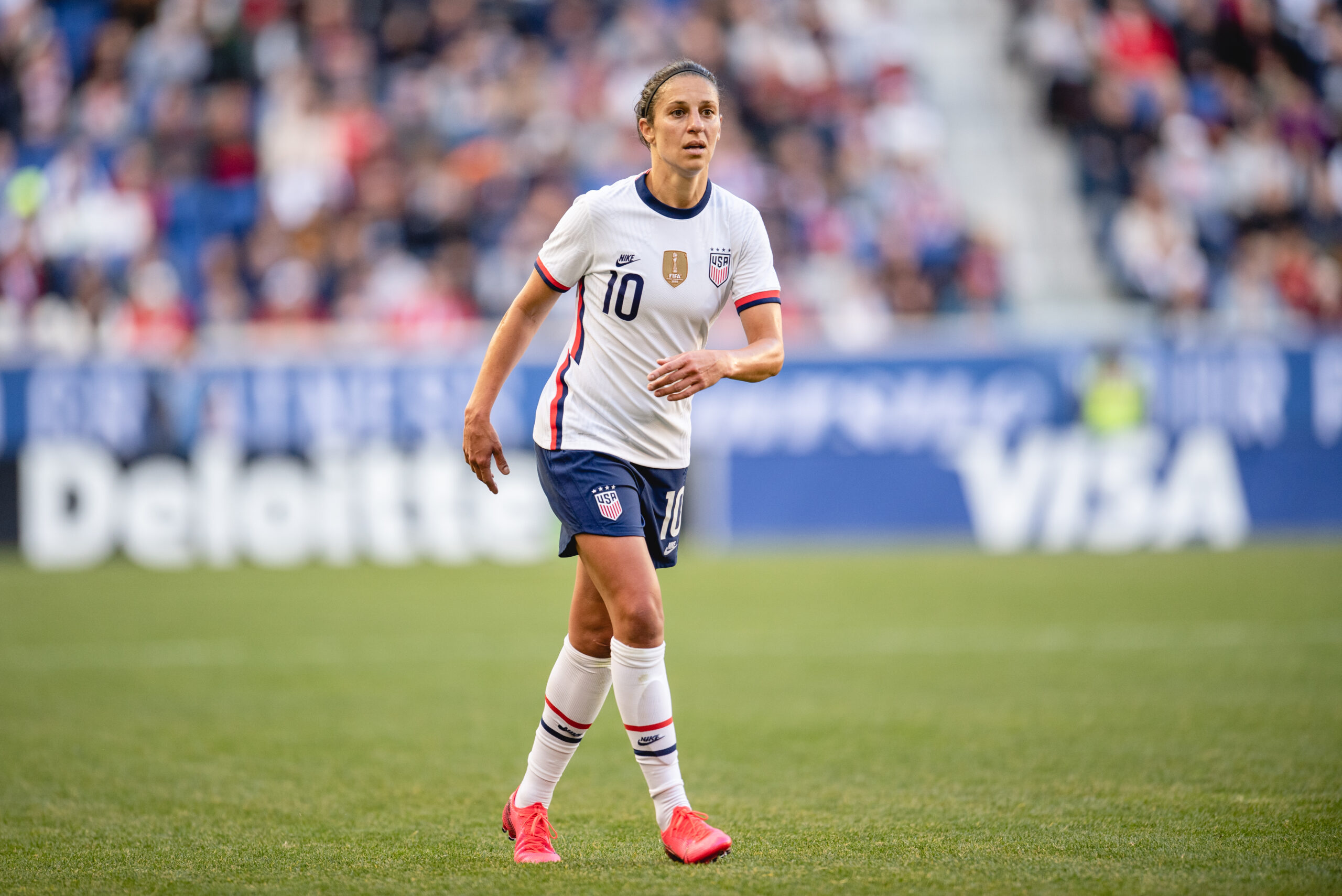 Carli Lloyd, the second-most capped player in international soccer history and among the most decorated in United States history, will retire at the end of 2021, she announced on Monday. Lloyd will finish the National Women’s Soccer League season with NJ/NY Gotham FC in her home state of New Jersey, and play in the four U.S. friendly matches which will soon be announced for September and October.

Lloyd’s 312 appearances for the U.S. are second only to Kristine Lilly, who has 354. Lloyd is one of only four players with more than 300 international appearances. Her 128 career goals for the U.S. currently rank fourth in team history, two behind Lilly.

Lloyd is famous for her indelibly clutch abilities in big moments. She scored the game-winning goals which clinched Olympic gold medals in 2008 and 2012, and she scored a hat trick in the 2015 World Cup final to lift the U.S. to the podium in that event for the first time since 1999. The 2015 tournament marked her transition from midfield to forward; she scored 92 of her career international goals after the age of 30. She was also part of the 2019 World Cup-winning team, and the U.S. team which won the bronze medal at the Tokyo Olympics this month.

“When I first started out with the National Team in 2005, my two main goals were to be the most complete soccer player I could be and to help the team win championships.” Lloyd said. “Every single day I stepped out onto the field, I played as if it was my last game. I never wanted to take anything for granted, especially knowing how hard it is to get to the top, but even harder to stay at the top for so long.”

Lloyd played professionally in Women’s Professional Soccer from 2009-11, for the Chicago Red Stars, Sky Blue FC (now Gotham FC) and the Atlanta Beat. She played for the Western New York Flash and Houston Dash in the NWSL prior to joining Gotham in 2018, and she briefly played on loan at Manchester City in 2017.

Lloyd recently ended her relationship with longtime personal trainer James Galanis, and reconnected with her immediate family, from whom she was estranged for over a decade. Lloyd, 39, has been open about reconnecting with her parents and family in 2021, and admitted throughout the year — more so than ever, given her relentless focus on the road ahead — that her time was closer to the end than the beginning.

“To end my career knowing my family was able to be by my side and share this last chapter with me could not have been any more special,” Lloyd said. “We will all have a lot more time to spend together now, and especially with my husband Brian, who has been my rock and biggest support system for all these years. We are both looking forward to starting this next chapter of our lives without my everyday grind of training and playing, but I will most likely need to another outlet for my competitiveness! Perhaps that will be golf?”

Subscribers: Read more about Carli Lloyd’s mindset with thoughts straight from her!