Spirit players leaning on each other after controversial week for club 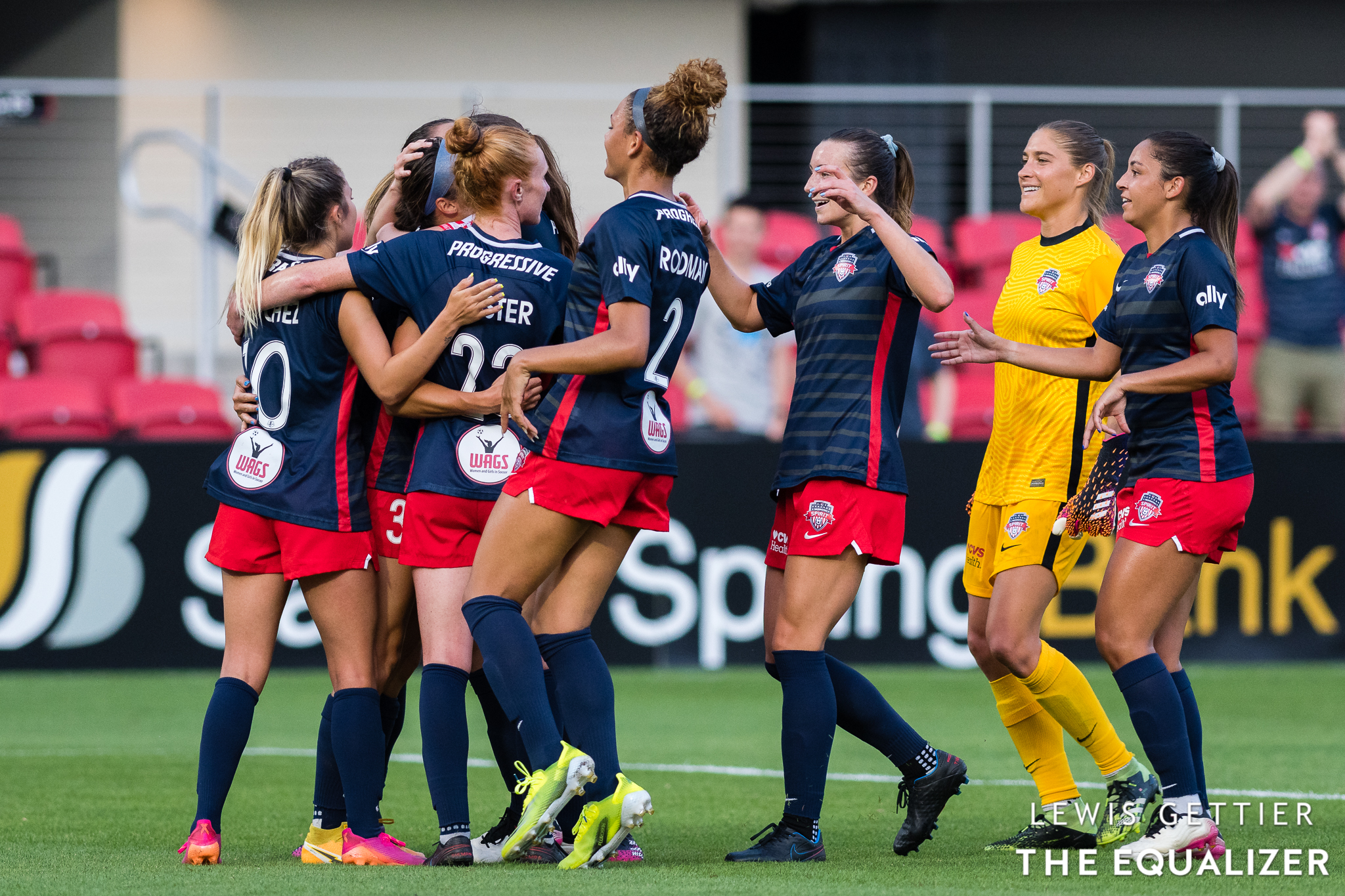 Seven minutes into the Washington Spirit’s match against the Houston Dash on Friday, there was joy. Relief, even. Paige Nielsen struck what she accurately described as “a banger” of a goal which appeared to offer fleeting respite from a challenging week.

“I think all of us as players kind of learned to push through challenges,” Nielsen said afterward. “We’ve come together as a team. We have a really good group of girls, all different ages, and we’ve really connected with each other. We’re going to try to build on that for the rest of the season.”

Three days prior to Friday’s match, the Spirit announced that Richie Burke had stepped down as head coach for health reasons and would be reassigned to the front office upon his return. Then came a report from the Washington Post, detailing Burke’s alleged verbal and emotional abuse of players since taking charge in early 2019, with three former players detailing alleged incidents of demeaning and, at times, racist language. Twenty-four hours after that initial club statement — which has since been deleted from the Spirit’s website — the team and the National Women’s Soccer League announced that Burke had been suspended, and that they were launching an investigation based on the Post’s report.

The still-developing details were troubling for a league-player pool which already has minimal job security and, currently, no ability to even choose where in the league they play based on the NWSL’s single-entity model which puts the power of player movement entirely in the hands of teams. It is the second such instance in just over a month involving a high-ranking team employee being investigated under the NWSL’s new anti-harassment policy. NJ/NY Gotham FC fired general manager Alyse LaHue in July following a league investigation, the results of which have been kept secret.

Nielsen’s goal was the first of two spectacular strikes from the Spirit on Friday. Tori Huster — playing in her 150th match for the Spirit, the club she has been with since the league’s inaugural season in 2013 — scored early in the second half to put Washington ahead, 2-0. Houston clawed back to equalize late for a 2-2 draw, a result which benefited neither team, each reeling in different ways (Houston was torched, 5-1 last week by OL Reign), but a result that likewise offered each team some comfort by avoiding a loss.

Acting Spirit coach Kris Ward, who served on Burke’s staff for the past year, oversaw Washington’s sideline on Friday. Ward said after the match that he told his players to take the next two and a half days off to be with family and loved ones, “to take the time to recover from everything, both from a physical standpoint, but also a mental and emotional one.”

“It was superhuman for a lot of them to deal with everything that we dealt with this week,” Ward said.

Team personnel understandably spoke of the week’s events — and the events which led to them — in vague terms. Friday’s postgame press conference was the first media availability since the subsequent Burke announcements; the Spirit did not offer the traditional, weekly, pregame media availability. The club explicitly stated on several occasions that no comments would be made about the ongoing investigation.

Nielsen said training this week was not much different from what it has been in the past. “I think everyone was aware that we were going through some challenges, so we didn’t want to have too much information. This week was really about being together and focusing on playing as a team together, whether that was pressing or building out. It wasn’t a lot different, but our mentality was different. We’re just trying to survive and then succeed.”

Spirit goalkeeper Aubrey Bledsoe lauded the team’s support and resources during the challenging time. Players have been working with a local sports psychologist throughout the season, and that has been a needed resource this week.

Both Nielsen and Bledsoe, the two players made available postgame, said they had no comment on the team’s change of messaging from Tuesday, when Burke was said to be stepping down, to Wednesday, when his suspension was announced.

The Spirit play next on August 22 at home against the Orlando Pride. The investigation into Burke remains ongoing, and the questions of ownership’s handling of the situation yet unanswered. Spirit co-owner Y. Michele Kang, who joined managing partner Steve Baldwin as an equity partner in December 2020, was in attendance in Houston on Friday alongside NWSL commissioner Lisa Baird. Baldwin’s statement on Wednesday is the only communication from ownership thus far regarding Burke.

Players, as they have done in other situations and in other settings through the years, are trying to move forward.

“We’re just leaning on each other and I know we’ll get through this,” Bledsoe said.

GET YEAR-ROUND INSIGHTS BY SUBSCRIBING TO THE EQUALIZER EXTRA