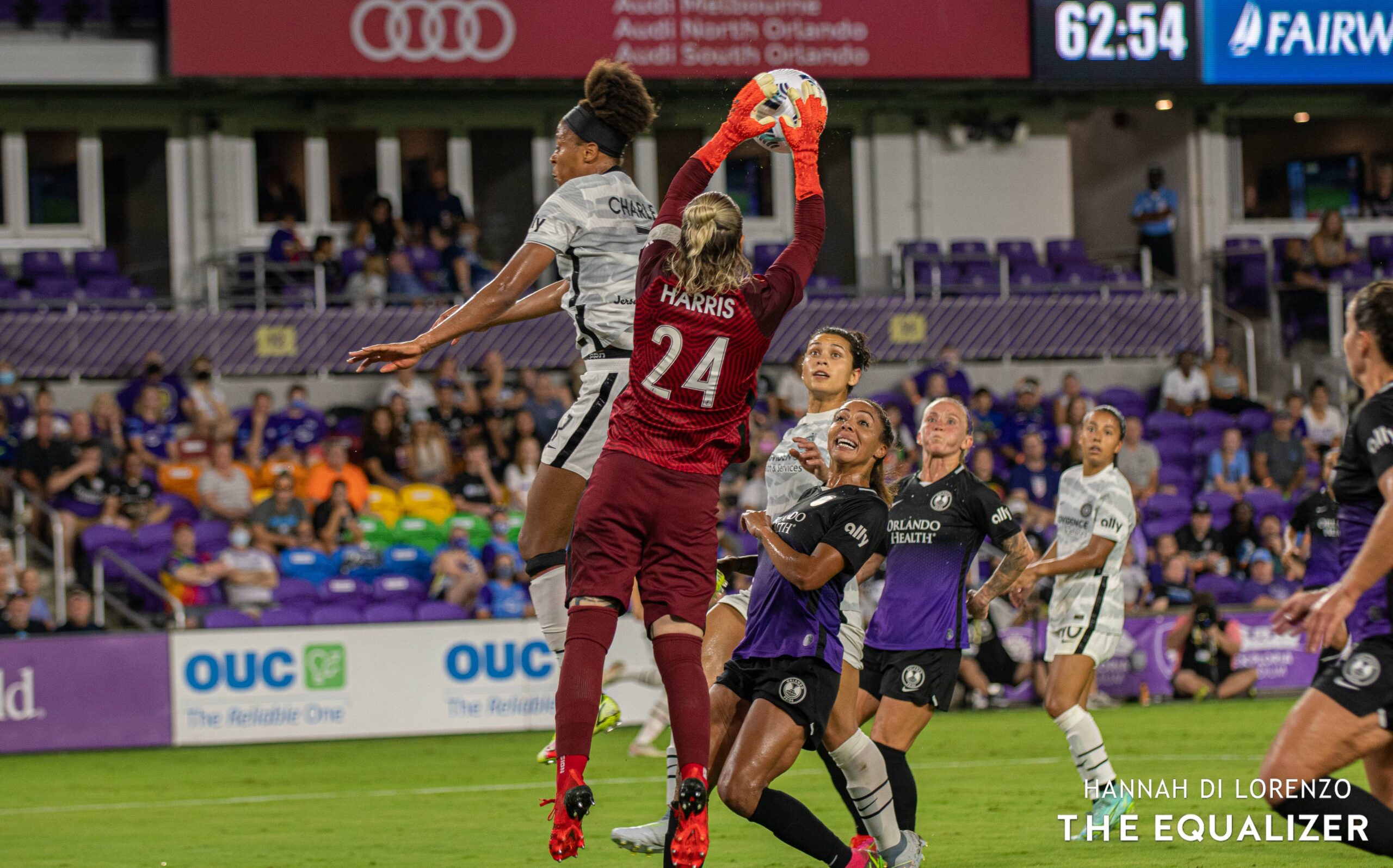 Kansas City finally won its first game in team history, on its 18th try in all competitions, with a 1-0 win over OL Reign on Saturday. The Portland Thorns rallied on the road to draw the Orlando Pride, 1-1. Here’s how it all went down on Saturday in the National Women’s Soccer League:

The Skinny: Simone Charley’s header in the second half was the equalizer which extended Portland’s unbeaten streak to seven games — nearly two months since their last loss, on the road to North Carolina.

Jodie Taylor opened the scoring early for the Pride, who struck quickly in transition. Gunny Jonsdottir found Courtney Petersen on the wing, and her cross landed on the head of Taylor, who positioned herself between Portland’s center backs.

One Key Moment: Charley’s fifth goal of the season was textbook in every way. Meghan Klingenberg remains one of the best set-piece specialists in the NWSL, a craft she has fine-tuned over the past few years. Her delivery was inch-perfect for Charley who rose to the occasion again to continue her fine 2021 campaign. It was her second straight game scoring a very important goal with her head.

Inside the Game: Portland played “outrageous,” Mark Parsons said four times after the match. He meant it in a good way. Parsons lauded the effort and the performance and said he never thought about the score, despite trailing at halftime.

Orlando was pretty typically direct, and it worked early on. The Thorns generated opportunities in the first half through purposeful possession, but they were caught pushed high in transition on Taylor’s goal, and again later in the half as Taylor and Sydney Leroux had a 2-v-2 opportunity denied by Natalia Kuikka’s great defensive tracking. The Thorns were again without several top players, and 15-year-old Olivia Moultrie started on the right side of the midfield diamond, a different role for her in her longest single outing thus far (82 minutes).

Portland controlled much of the second half but the Pride, as they have developed a reputation for of late, killed the rhythm of the game through physical play. The tackles were nowhere near as egregious as they were last week against Chicago (which curiously did not bring any Disciplinary Committee decisions), but rather, they were professional fouls like the one Phoebe McClernon committed on Charley in the 67th minute, taking a yellow card to deny Charley entry into the box on the endline. Orlando accounted for five of the six yellow cards on the day. Ashlyn Harris also rose to the occasion again in the first half, denying another Charley header in addition to a Marissa Everett shot off the crossbar. Becky Burleigh switched the Pride to a three-back in the final minutes in an attempt to win the match, another tactical shift after McClernon started at left back and Petersen pushed into midfield.

The Skinny: Kansas City earned their first ever win in the NWSL since joining the league this year. OL Reign came into this match looking like a team finally on a hot streak, and started the match looking strong. The visitors were getting looks but not putting them on target, while Kansas City played some really strong defense.

Kansas City continued to play themselves into the game, actually getting more shots, on and off target, than their opponents. Hailie Mace and Kristen Hamilton in particular caused a lot of problems, finding each other in dangerous spaces, but they were unable to capitalize. The breakthrough would come fairly late in the match, with the home side winning a free kick in a good position. The initial shot was blocked but it fell very kindly for Victoria Pickett, who did well to get it on frame. With the help of a deflection off Alana Cook, it was enough to beat Sarah Bouhaddi and open the scoring, though the French keeper probably should’ve done better. Kansas City kept playing their game and were able to limit OL Reign’s opportunities in the final third, eventually hearing the final whistle that signaled a huge three points in front of a the home crowd.

One Key Moment: The goal that sealed Kansas City’s inaugural win. That’s it. That’s the moment.

Inside the Game: Three players stood out as huge pieces for the winners in this one. Kiki Pickett continues to be terrific at outside back, both with her attacking threat and smart, gritty defense. Lo’eau LaBonta is a nonstop engine in midfield, a true box-to-box midfielder who will track all the way back on defense but also contribute creativity to the attack. Both players had a fantastic match, but perhaps the most influential aspect was the return of Katie Bowen. We are used to seeing her at outside back, but on Saturday she was used as the defensive midfielder in the bottom of a diamond midfield. Her defensive savviness in front of that back line really helped connect the various lines and also provide security to those more attacking players getting up the field.

Spirit players leaning on each other after controversial week for club
NWSL Results: A-Rod lifts Courage past Chicago; Gotham rallies to draw Louisville