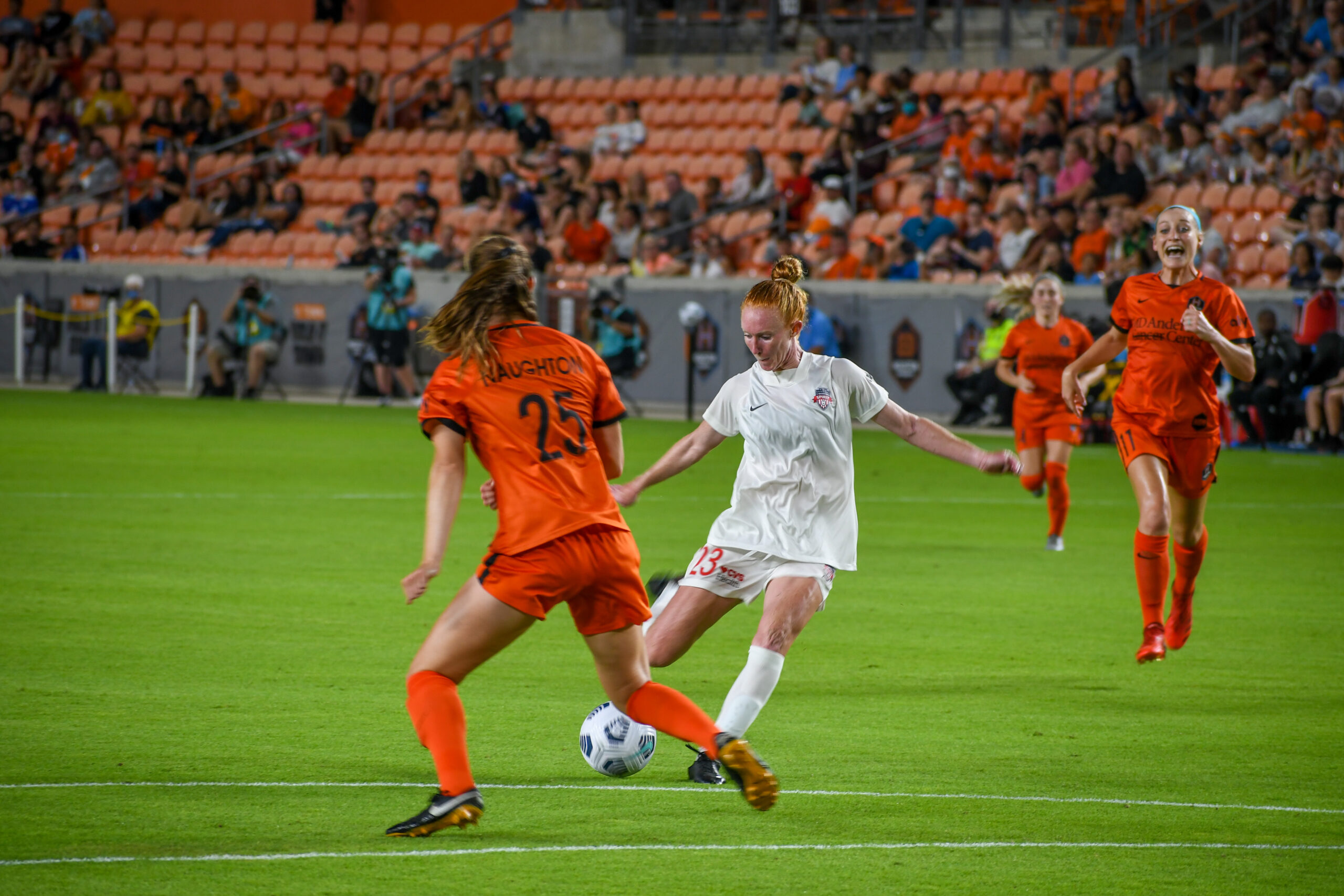 The Skinny: In what many expected to be a difficult night for the Spirit, they looked like they would come out on top. The visitors controlled most of the first half, getting on the board early thanks to Paige Nielsen. It was the center back’s first ever NWSL goal and it was a beauty, placed perfectly from long range.

Houston weren’t looking bad, and they did play their way into the game as the first half wore on. They were somewhat bolstered by the return of some of their Olympic internationals, Rachel Daly and Sophie Schmidt, but neither could find a way to influence the game in a big way. Washington looked pretty firmly in control a bit into the second half when Tori Huster doubled the advantage. The Dash were still looking just okay, but got a huge boost from Veronica Latsko’s goal not much later. It was a poorly defended corner kick that found Makamae Gomera-Stevens completely alone in the box. The ball didn’t drop nicely for her, but she was able to use her body to redirect it and Latsko did well to hustle and get the first foot on it.

Washington still didn’t look like they were going to lose their lead but Michaela Abam had a picture-perfect debut in mind. Abam was a first-ound draft pick in 2018 who has been largely forgotten while playing overseas. She came up through the Dynamo/Dash Youth Clubs and her signing was announced earlier Friday. The Houston native came on shortly after the Dash pulled one back and brought a lot of energy. That energy and work rate helped her beat her defender to get a wide open look at the top of the box, and she did not miss, slotting it home perfectly. Houston looked for a winner but neither side created anything too dangerous after that.

One Key Moment: I just want to take a moment to appreciate Tori Huster. The veteran has been the one constant for the Spirit over the years and she often goes overlooked. Meanwhile, she quietly goes about her business playing quality soccer. This match was her 150th appearance for the club and she capped it off with a goal. She ran half the length of the field with the ball, recognizing that no one was going to step to her, she struck the ball and scored a big goal. In games like this, where a lot of leadership has just been drastically changed up, this is the play you want from your veteran.

Inside the Game: The stats for this game looked in Washington’s favor. They had far more of the ball and looked decent. But, after the very difficult week they had, and having their assistant coach Kris Ward suddenly as acting head coach, they looked a little lost. As the game wore on, some combination of them dropping off, and the Dash increasing their energy, led to the equalizer. It’s a better result for Houston after the thumping they received last game, and the first time they’ve ever come from two goals down to tie. So, the mentality to not be defeated at halftime, or after conceding again, and to instead come out with more energy, is good news for the Dash.