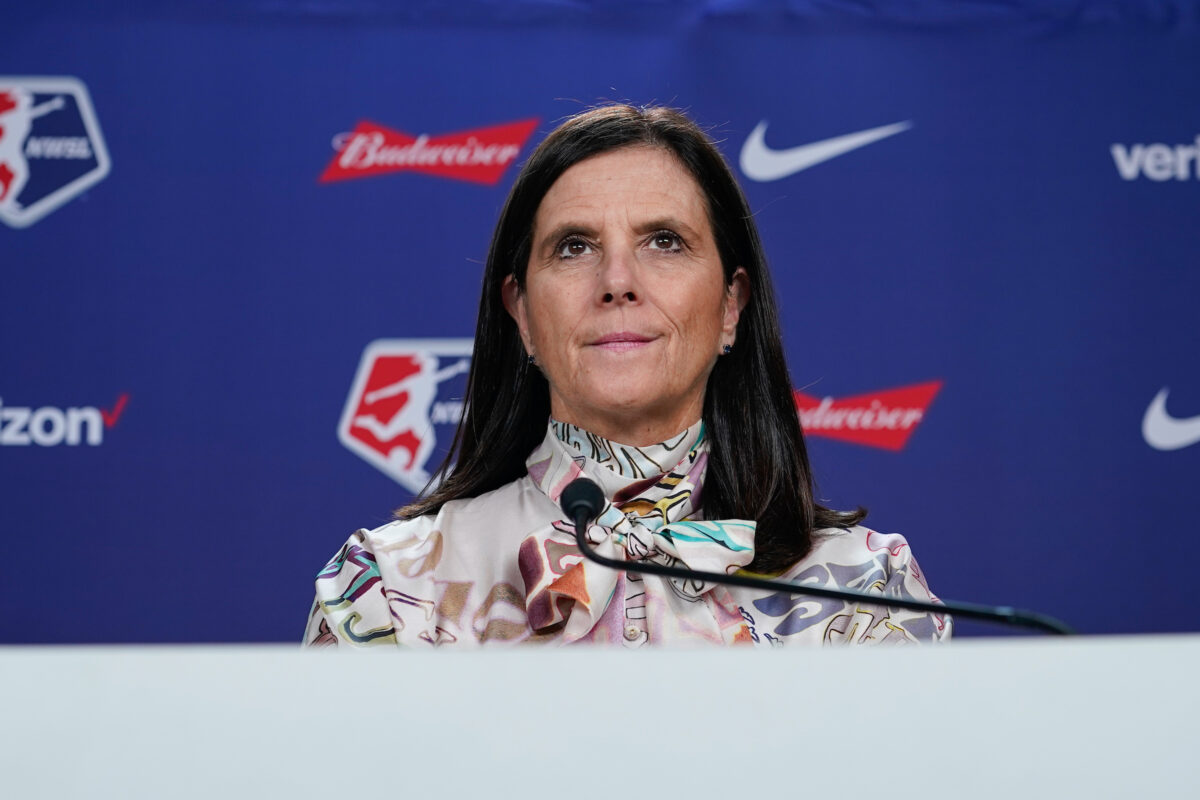 National Women’s Soccer League commissioner Lisa Baird addressed media on Wednesday on a mid-season press call which covered a variety of topics, including another controversy which requires a league investigation of a team employee for alleged harassment.

The timing of Baird’s first general meeting with the press since the start of the season, however, was no coincidence given the league’s ongoing negotiations with its players association for a first collective bargaining agreement in league history. Baird’s opening remarks set the tone for the league’s positioning for the first time in a general public setting as she highlighted the achievements of the league while, on several occasions, issuing reminders that the NWSL is still a league in its infancy which is losing money.

Baird highlighted the NWSL’s investment in broadcast production and growth in compensation despite the ongoing COVID-19 pandemic. She celebrated the 37 players who just competed at the Tokyo Olympics. And she noted the NWSL’s growing viewership, saying that the league recently estimated its “national, core, avid fan base” to be over 10 million people.

With that positivity, however, Baird also tempered expectations of the wider public — often a battleground when negotiations get more serious, and one which often sides with the players, as evidenced by the ongoing United States women’s national team negotiations with U.S. Soccer.

“All of that progress has been made while the league and the clubs continue to operate at a financial loss,” Baird said.