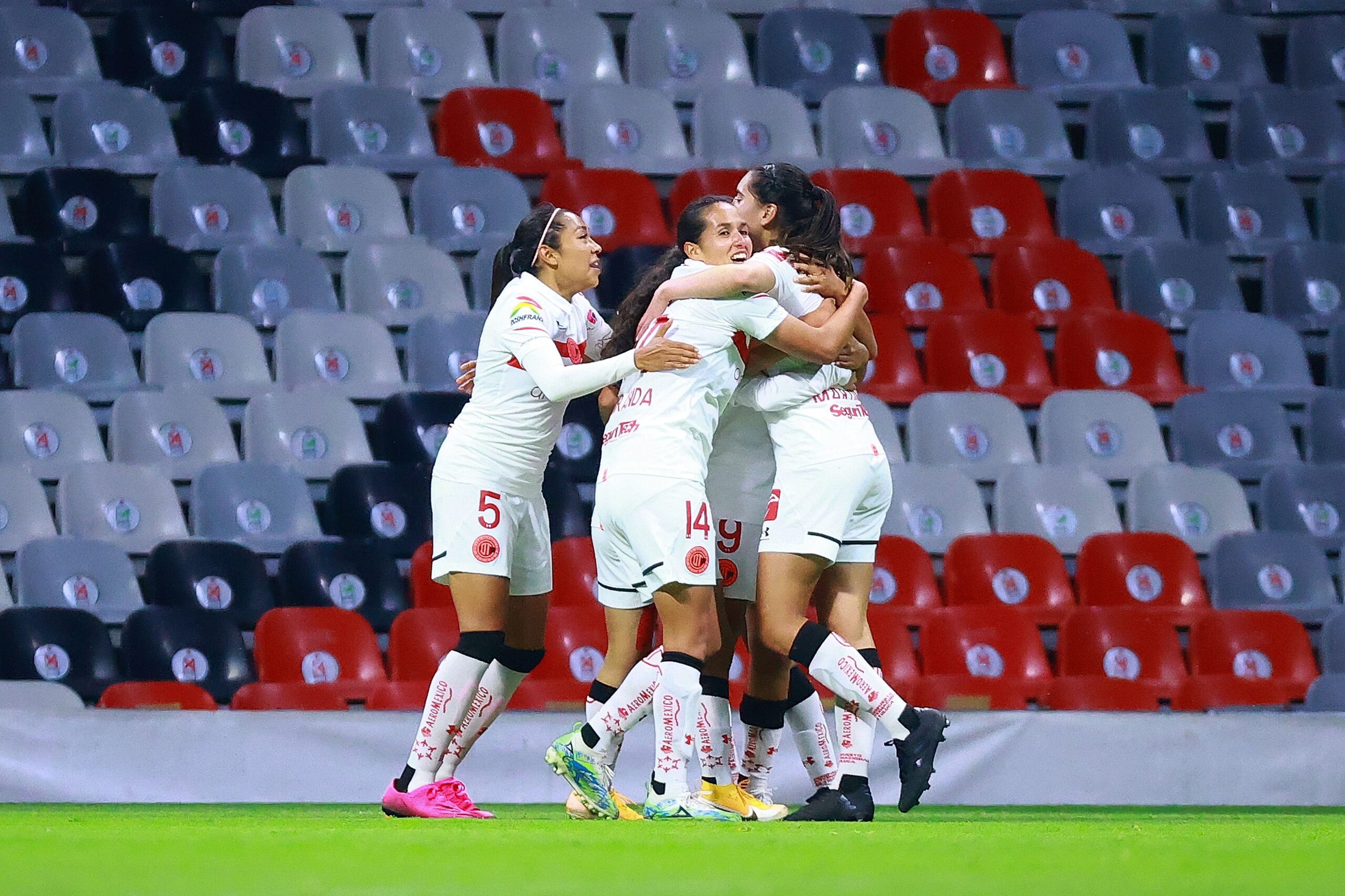 Week 4 of Liga MX Femenil Apertura competition did not disappoint. There were upsets, a few clean sheets from teams and a whole lot of movement on the table. Check out what went down in Mexico this past weekend.

There is absolutely no doubt that Tigres is the team to beat in Liga MX Femenil. However, last year in the Clausura, the team was close to having a perfect season. Atlas ruined that by beating them once in their two meetings. Now, in the Apertura, the story is a bit different. The two sides will meet twice this season, but Tigres made sure to remind Atlas who the top Liga MX team is with a 4-0 victory.

On Saturday, Tigres went on the road to Atlas and blanked them, keeping goal-scoring striker Alison Gonzalez away from net. Sandra Mayor scored a hat-trick, while Maria Sanchez scored the other goal for Tigres. As per usual from Tigres, it didn’t take them long to get on the board. Mayor scored her first goal in the 14th minute off a free ball in front of net. She stayed side-by-side with her defender before slipping the ball in between the legs of Atlas goalkeeper Ana Paz. The ball slowly rolled towards goal and Mayor smashed it home for insurance.

Sanchez scored the second goal in the 32nd minute, picking up her own rebound on a free kick and hitting it past Paz for a goalazo. Mayor got back on the scoresheet right before halftime after intercepting the ball from an Atlas defender and taking it to goal in the 43rd minute. Mayor’s hat trick was complete in the second half with an 86th minute goal on a penalty kick, which was conceded by Julissa Davila.

Tigres, Club América and Atlas were neck-and-neck for first place. Now, with Tigres picking up three points and Atlas and Club América losing this weekend, Tigres have given themselves some insurance up top.

The biggest shock of the weekend came between Club América and Toluca. Club América was looking to stay competitive with Tigres for the first place spot. However, Toluca — who are now on a two-game winning streak — took down Club América and took home three points.

All goals were scored in the second half, within the last 20 minutes of action. Daniela Espinosa got the home side on the board first, scoring for Club América in the 76th minute off a strike inside the box. Toluca goalkeeper Sandra Lozano got her hands on the ball but it deflected into goal. In the 82nd minute, Toluca equalized thanks to Mariel Roman, who found herself wide open at the far post and tapped the cross in goal.

Toluca took the lead — but not on their own accord — in the 85th minute. Club América’s Jocelyn Orejel scored an own goal off an errant back-pass to goalkeeper Renata Masciarelli, who made her displeasure well known. Toluca wrapped up the victory with a final goal from Diana Guatemala in the 87th minute off another tap-in right in front of goal.

With the three points, Toluca jumped up to ninth place in the league. Club América, on the other hand, dropped down one spot to fourth place.

Mazatlán can’t seem to catch a break. The team is winless so far in the Liga MX Femenil campaign this Apertura season. In fact, the team has yet to produce even a draw. Club Leon felt no pity for their fellow Mexican side, piling on five goals in a confidence-boosting win.

Club Leon isn’t fighting for the top spot as of yet. But, later on down the road, the victory and compilation of goals could help squeak them into a playoff spot. Right now, Club Leon sits in 13th place after earning their first victory of the season.

Four different players scored for Club Leon, and an own goal from Mazatlán goalkeeper Mariana Zarraga, sealed the deal. The own goal came in the 83rd minute after Zarraga deflected a penalty attempt from Marta Cox Villarreal into goal.

Liliana Sanchez scored the first goal in the 16th minute after picking up a rebound on a free kick, while Anisa Guajardo scored in the 22nd minute on a slanted shot at the edge of the box. Daniela Calderón found the back of the net in the 32nd minute after taking a shot right at the top of the box, lifting it over Zarraga, while Paulina Gomez scored a stunning free kick in first half stoppage time to close out the half.