NWSL Results: Louisville get three points from trio of goals against Kansas City; Orlando down Chicago 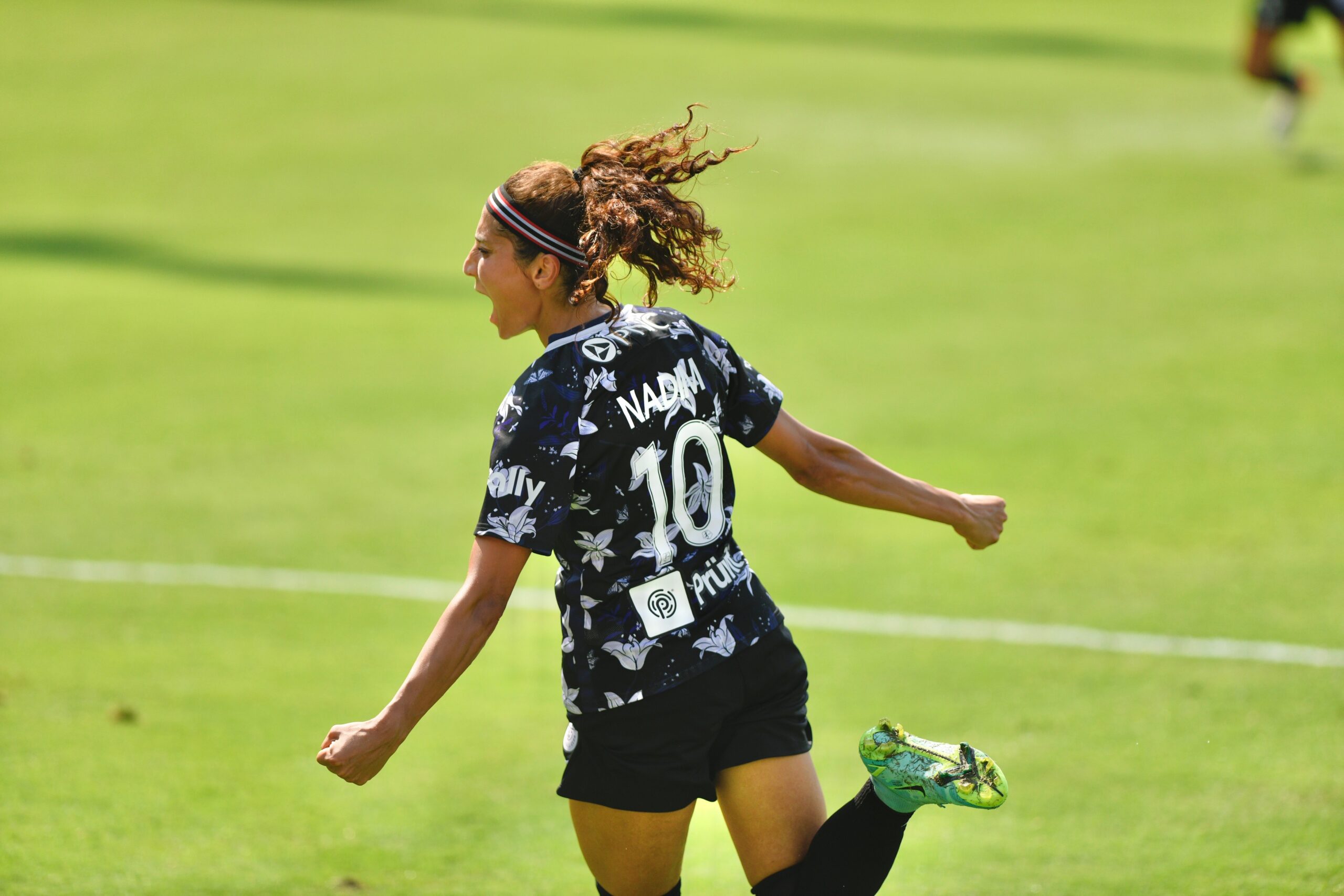 Only two games this Sunday to round out a weekend of NWSL, but still plenty of drama.

The Skinny: Finishing was the name of the game in Louisville, and Racing came to play. Kansas City had a good stretch in the beginning of the game but couldn’t capitalize and it continued to be a back and forth battle until near the end of the first half. It was good buildup play down the left hand side that culminated in Savannah McCaskill getting a cross to the top of the six for Ebony Salmon to side foot home. Five minutes minimum of stoppage time was added on to the first half. With another stoppage taking some of that up, play continued for eight minutes of stoppage time, allowing Kansas City to find an equalizer just before the break. It was a parried shot from Mallory Weber that fell kindly for Darian Jenkins, who was able to hit it in from close range.

Louisville came out of halftime disappointed to concede that goal but eager to push for more. That drive got them the go-ahead goal ten minutes later. McCaskill, with her second assist of the night, played in another good cross, this time brilliantly redirected by Nadia Nadim for her first Racing goal.

Both teams made several substitutes who brought a lot of energy to the match but it was Cheyna Matthews who would add a late insurance goal. It was terrific individual work rate to dispossess a KC defender on top of the 18 and calmly dribble around the keeper for another first goal in fleur-de-lis. Kansas City made a late push that created some chances but it was too little too late.

One Key Moment: The goals in this match will likely get the most glory, but Michelle Betos continues to be absolutely essential to this expansion side. The veteran captain not only makes difficult saves but makes important ones in important moments, like the end of a match. A fantastic leader with a lot of fight, she made eight saves on the day.

Inside the Game: Overall, the general stats were relatively even, except for shots on target. Racing had only three shots on target, but converted all three, meanwhile KC had nine and only converted one. Kansas City are still winless through this entire season and if they are ever going to win, they have to figure out how to convert their chances. They are creating opportunities but continuously failing to put them in the back of the net. Meanwhile, the goalscorers that Racing have brought in are starting to find their rhythm with the team and are making a visible impact.

The Skinny: Before today, Orlando were winless for their last six matches. Today they left SeatGeek Stadium with three points.  The Red Stars looked the better team through most of the first half, creating several dangerous chances, controlling possession, and forcing saves out of Ashlyn Harris. But it was Orlando that would score the only goals of the game, the first coming against the run of play fifteen minutes in. Chicago were caught sleeping and Ali Krieger played a beautiful direct ball in behind the defense to Jodie Taylor. Taylor still had three players to beat so cleverly pulled it back and slotted it calmly.

The second half, Chicago still looked like they could win it, or at least equalize, but several early departures of key players, due to injury, just increased their struggle. See below for the lowdown on the refereeing situation in this game. Orlando did defend well, making key clearances in the box, doing well to mark up when crosses came in. Kealia Watt and Mallory Pugh looked the most dangerous for the Red Stars, causing a lot of issues down the sides in particular, but it just didn’t happen for them. Sydney Leroux sealed the deal for Orlando at the very end, ensuring they took all three points to move into fourth place, equal on points with Chicago but ahead on goal differential. Both goals showcase the Pride’s execution with quick counterattacks.

One Key Moment: Leroux’s goal was her seventh of the season, putting her firmly in first place in the golden boot race. The slip ball by Tymrak was perfect and Leroux did well to finish with the keeper coming out.

Inside the Game: The refereeing was questionable from the beginning, and by that I mean wildly inconsistent and then dangerous, but it worsened as the game wore on. Late in the first half, the goalscorer was given a harsh yellow, but then, Amy Turner made several hard challenges, one potentially deserving of a red, and only got a yellow. If these were the only instances in this match, this would be a different story. Throughout the match, obviously late challenges went completely unacknowledged. The second half saw Morgan Gautrat need to be replaced after a bad tackle that was not carded. Less than ten minutes later, Danielle Colaprico also required substitution after an awful challenge from Taylor Kornieck was given a yellow, instead of a red. But wait, there’s more. The Chicago coaching staff were understandably upset, thinking their players’ safety was not being protected. One assistant coach was given a straight red while the other was given a yellow. The referee continued to allow very physical and dangerous play, from both sides. The point is, none of that, especially after the tackle on Gautrat, needed to happen. Instead, players were seriously hurt, nothing changed, and nothing will change until the league invests in refereeing and raises the standard.

Here is what Red Stars Head Coach Rory Dames had to say after the match: