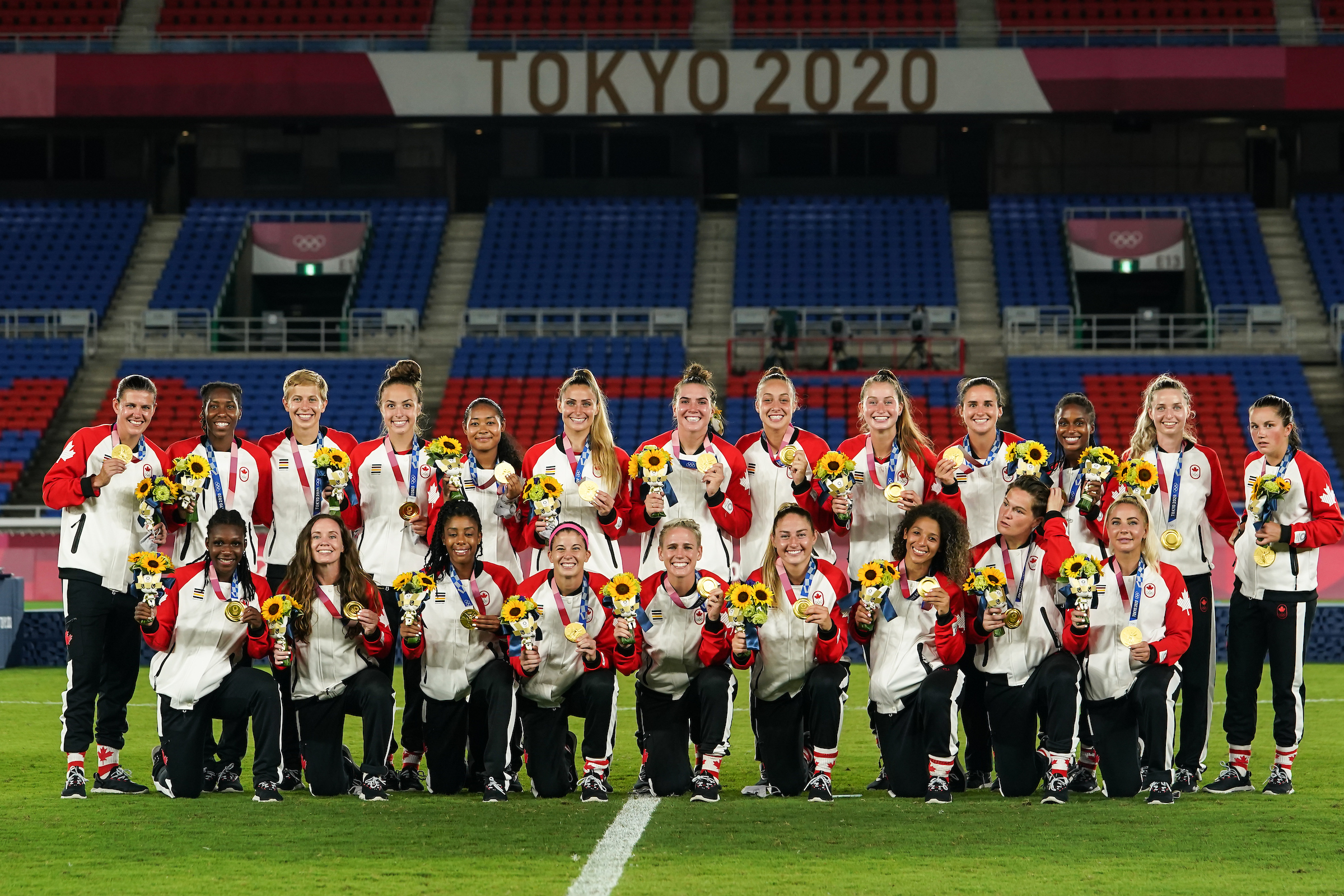 In her 305th appearance for Canada, Christine Sinclair added an Olympic gold medal to her illustrious career. The all-time leading international goal-scorer helped Canada do the unthinkable by shocking the soccer world and winning gold at the Tokyo Olympics.

It isn’t always the best team of the tournament that comes out on top, but on Friday, it was deservedly Canada. Sweden was frustrated, just as Brazil and the U.S. were in previous knockout rounds, against a fantastic defensive-minded Canadian side.

A Stina Blackstenius goal looked to set the pace for Sweden, but Bev Priestman’s team kept its opponents at bay before earning a controversial penalty kick in the second half. Jessie Fleming stepped up with ice in her veins and sent Hedvig Lindahl the wrong way. Canada had it’s goal and stayed compact defensively until penalties arrived.

It looked dire during the penalty shootout, but Canada never gave up and they found a way to come back and win — a trademark mentality of the team.