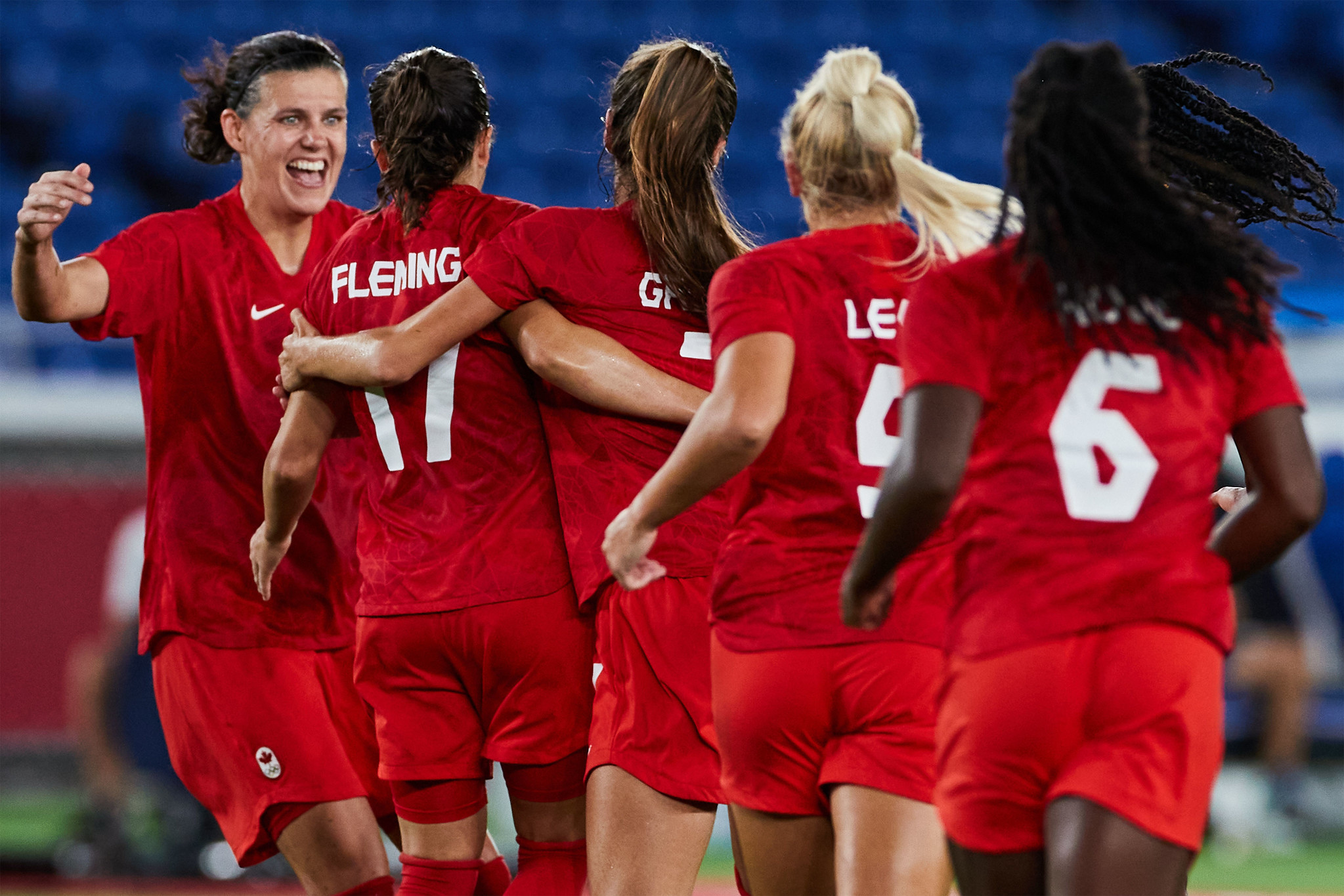 Canada won the Olympic gold medal for the first time in women’s soccer history on Friday, defeating Sweden 3-2 in a sudden-death penalty shootout. The two teams ended regulation and extra time tied at 1-1. It is the second straight Olympic silver medal for Sweden. Canada improves upon back-to-back bronze medals at the previous two Olympics.

Stina Blackstenius opened the scoring in the 34th minute, her fifth goal of the tournament and seventh Olympic goal overall, passing Lotta Schelin for the most Olympic goals in Swedish history.

Canada coach Bev Priestman made two changes at halftime to jumpstart Canada and shift the momentum. Julia Grosso and Adriana Leon replaced Quinn and Janine Becky, respectively, and Canada began to dictate play. Whereas Sweden had 10 shots to Canada’s three at halftime, the tally after 90 minutes was a 14-11 advantage for Sweden.

Canada found a breakthrough in 67th minute — once again from the penalty spot. Just like in the semifinal against the United States, video review confirmed a foul in the box, and Jessie Fleming stepped up to covert the kick for Canada. Christine Sinclair was deemed to have been fouled in the box by Amanda Ilestedt. Just as she did when Canada earned a penalty kick against the U.S., Sinclair picked up the ball and handed it to Fleming for the penalty.

Sinclair left the match in the 86th minute. She was replaced by Jordyn Huitema.

Each team had half-chances in extra time, including Lina Hurtig heading Kosovare Asllani’s corner kick just wide of goal in the 111th minute, and Huitema putting a header wide from Deanne Rose’s cross one minute later.

Sweden nearly won the game moments before the end of extra time, but Canada somehow held their line through multiple goal-mouth scrambles.

Only five of the 12 penalty kicks were converted in the wild shootout, a combination of each goalkeeper making saves and each team missing the target. Grosso converted the winning kick in the first round of sudden-death.

Gold or silver, Canada appears to have finally turned a corner
How Canada won Olympic gold for the first time, and Sweden fell short again