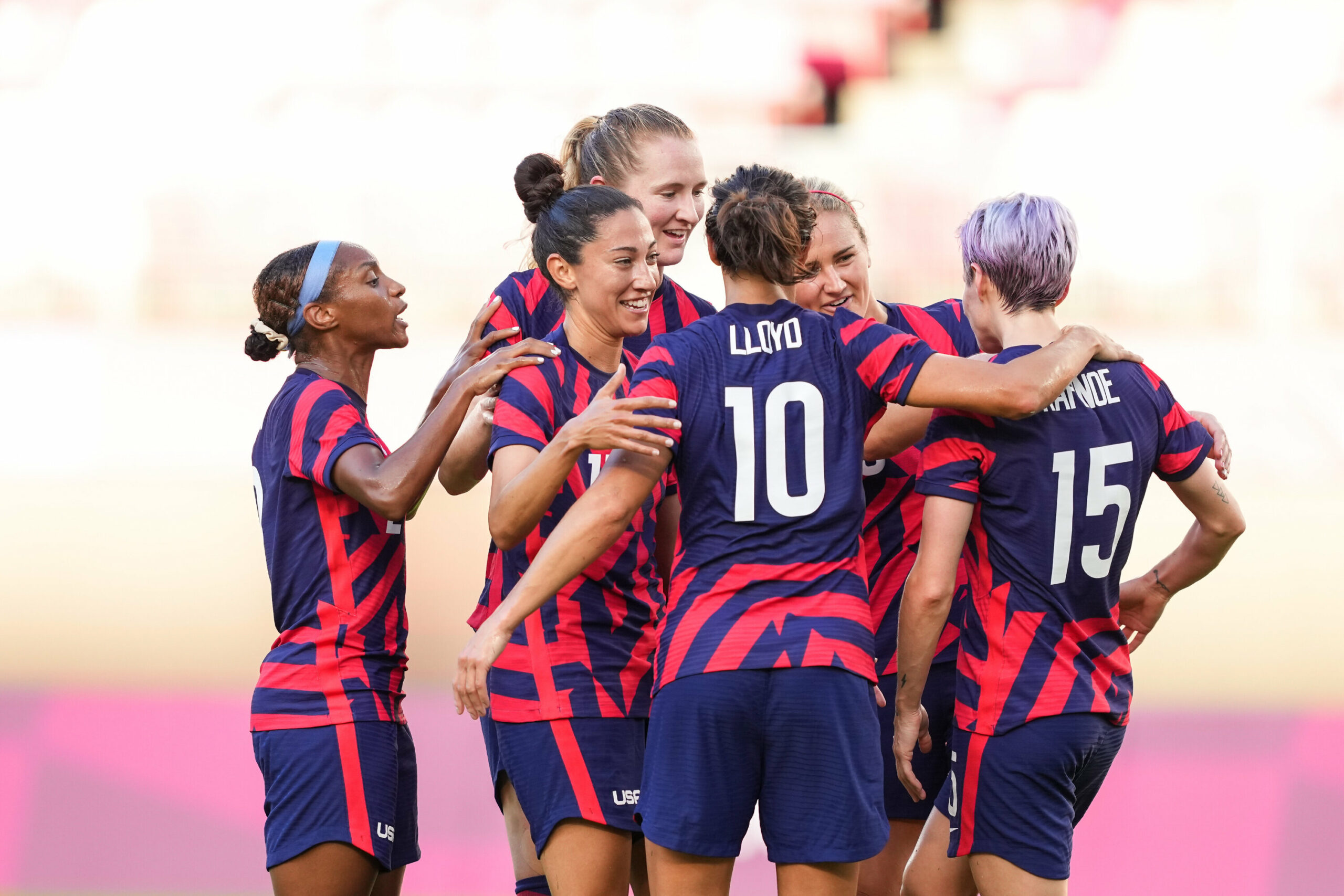 They came for gold, and they left with with bronze. The United States women’s national team did not prevail atop the podium at these Tokyo Olympics, but they earned another medal, finishing in the top three for the 14th time in 15 major international tournaments.

Many will view the bronze as a disappointment, given the unrealistically high bar set for the Americans, but the bronze is both something to celebrate and an appropriate finish to an inconsistent tournament for the United States. The 4-3 win over Australia in Thursday’s bronze-medal match was appropriate, in that sense. Let’s unpack what happened amid that chaos, and how it fits the wider trend of the tournament and the U.S.’ future:

From blowout to nail-biter

Nothing seems more appropriate to how this specific tournament has played out, from start to finish, than the United States jumping out to a 4-1 lead and looking like they would run away with the game in that typically dominant American fashion which had been lacking at these Games, only to hold on for a 4-3 victory while on the ropes. Referee Laura Fortunato blew her whistle after Australia was awarded a corner kick and the U.S., out of subs and tending to an injured Alex Morgan, played with 10 players — moments after conceding a third goal.

U.S. coach Vlatko Andonovski has a lot to analyzes and assess tactically coming out of this tournament, given the many issues exposed with this particular roster, but the U.S. team at large needs internal reflection on why so much chemistry which existed for so long, with this same group, suddenly dried up in Japan. The Americans lacked cohesion and consistency throughout the tournament, and despite the great start to the bronze-medal match, the final whistle was more of a relief than anything.

Access the best women’s soccer coverage all year long
Start your FREE, 7-day trial of The Equalizer Extra for industry-leading reporting and insight on the USWNT, NWSL and beyond.
Subscribe
Existing Users Sign In Here
Related TopicsAustraliaCarli LloydExtraFeaturedMegan RapinoeVlatko Andonovski