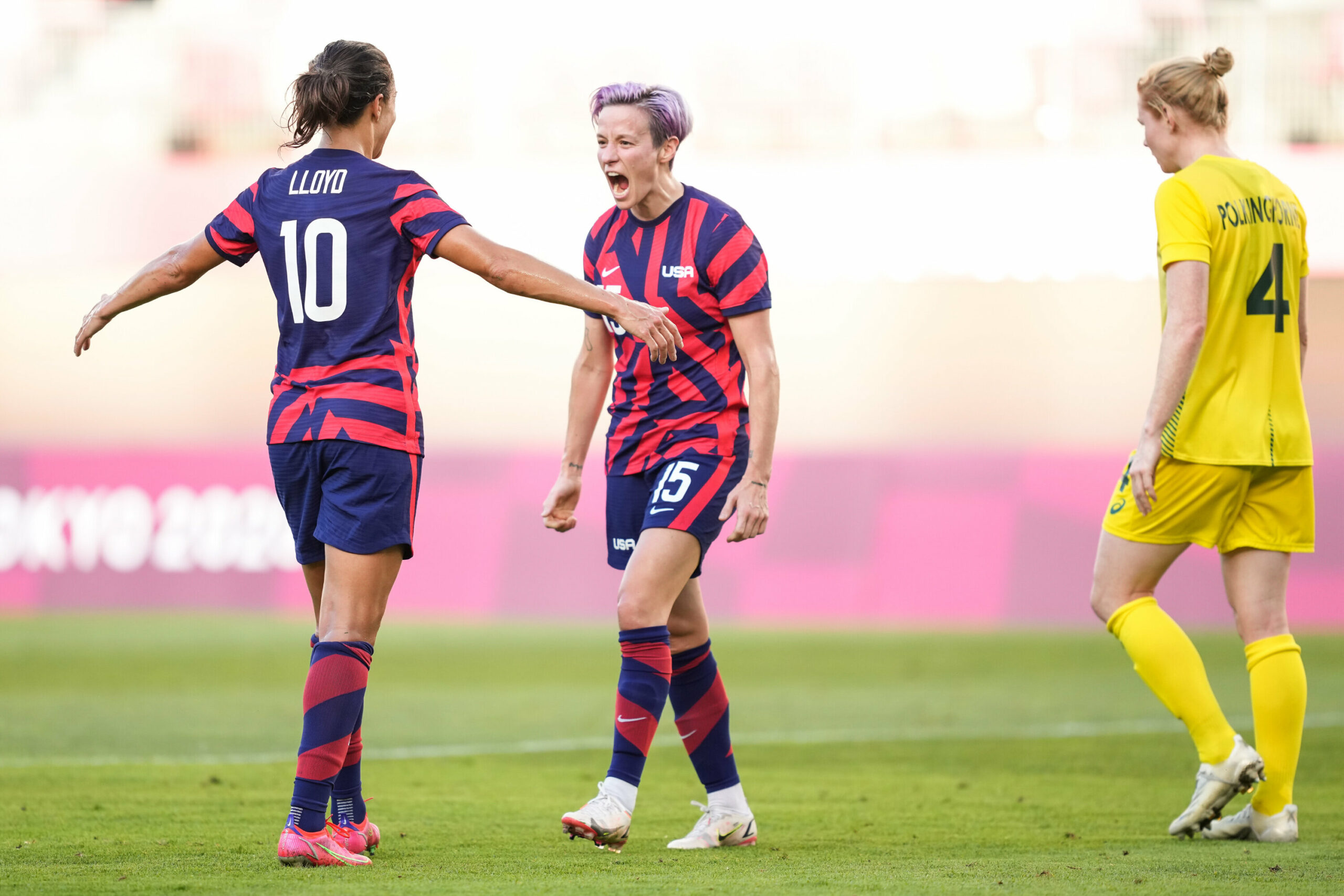 The United States won the Tokyo Olympics bronze medal in women’s soccer on Thursday, defeating Australia 4-3. Megan Rapinoe and Carli Lloyd, each possibly playing in final major-tournament game of their illustrious careers, each scored twice for the United States.

Rapinoe opened the scoring in the 8th minute with an Olimpico — a goal directly off a corner kick — repeating the rare feat which she accomplished against Canada in the 2012 Olympics semifinal.

Sam Kerr answered for Australia nine minutes later, after Tierna Davidson gave the ball away on an errant pass toward Becky Sauerbrunn.

Rapinoe, however, was not done. Sloppy defensive clearance attempts from Australia saw the ball fall right to Rapinoe inside the 18, and she swung her right foot to execute a wonderful volley to put the U.S. ahead once again.

Carli Lloyd added a third goal for the U.S. in first-half stoppage time to extend the lead to 3-1 just before halftime.

Lloyd scored again early in the second half, after another mistake from defender Alanna Kennedy, and it looked like the U.S. was going to run away with the game, up 4-1. But Caitlin Foord scored three minutes later to cut the U.S. lead to 4-2, and moments after that, Kerr hit the inside of the post on a glancing header, nearly drawing Australia within one goal.

Lloyd now has 10 Olympic goals, passing Abby Wambach for the most in United States history. Lloyd scored the gold medal-winning goals in 2008 and 2012.

The bronze medal is the first in program history for the United States. In the six previous Olympics to feature women’s soccer, the U.S. won four gold medals and a silver medal in addition to the 2016 quarterfinal exit.

Australia’s fourth-place finish is the team’s best ever at a World Cup or Olympics. The 2023 World Cup is the next major international tournament, which Australia will co-host with New Zealand.