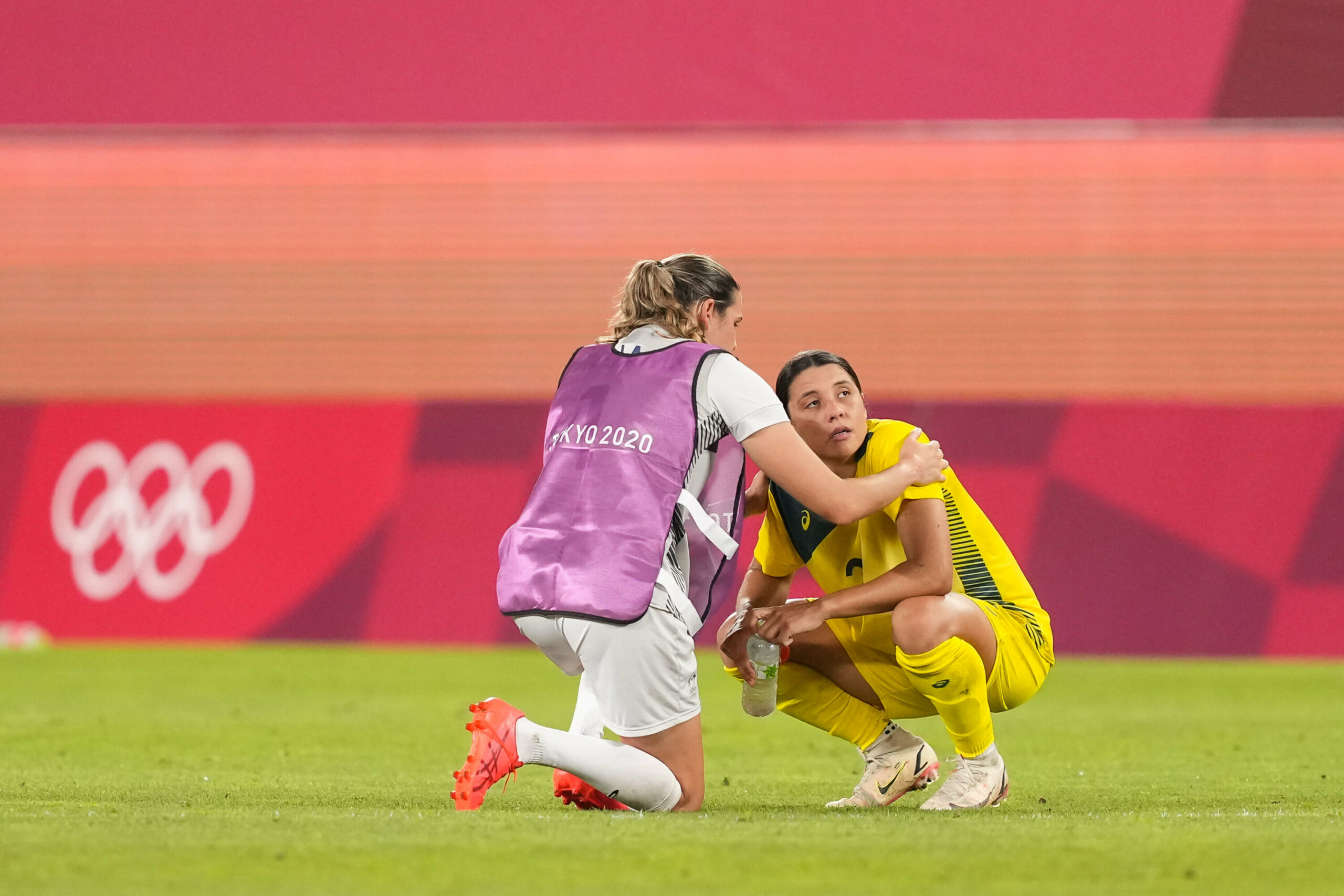 A coach who has made his catchphrase, “One day better, not just one day older,” Tony Gustavsson’s message clearly took hold for the Matildas this summer. Australia used the Tokyo Olympics as something of a warmup for their home World Cup in 2023. Without a win under their new coach as they stepped into the tournament, there was plenty of room for improvement.

It was that run of poor results in the spring which had those at home worried for the Matildas in Japan; the performances had been improving but the scores told a different story for those not playing close attention.

“One match at a time,” is a familiar cliché around all levels of sports, but there was no clearer instruction for Australia this summer: step one would be their first Olympic match against New Zealand, and only after that victory was secured would they shift focus to step two: Sweden. Step three became step four and for the first time in their history, the Matildas had found themselves in a major tournament semifinal. That they lost there to Sweden, and then to the United States in Thursday’s bronze-medal game, was a double disappointment, Gustavsson said. Still, the lessons will prove valuable in the years ahead.

Access the best women’s soccer coverage all year long
Start your FREE, 7-day trial of The Equalizer Extra for industry-leading reporting and insight on the USWNT, NWSL and beyond.
Subscribe
Existing Users Sign In Here
Related TopicsAustraliaFeaturedTony Gustavsson

Kickin’ Back: Rapinoe, Lloyd lift USWNT to bronze
Unpacking the USWNT’s grind to the Olympic bronze medal — and what’s next