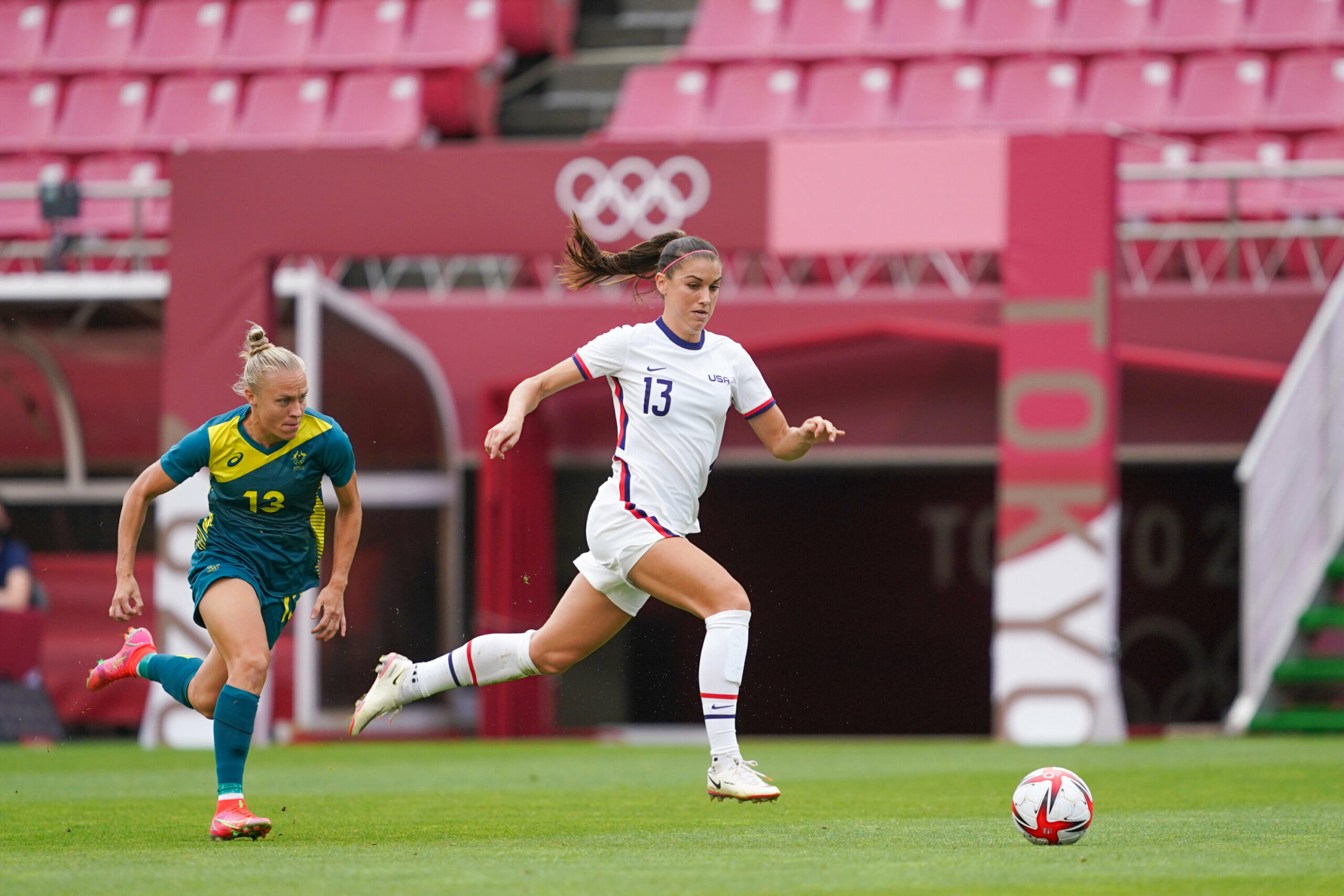 Australia and the United States will play for the bronze medal at the Tokyo Olympics on Thursday (4 a.m. ET), and they each arrive under very different sets of circumstances.

Australia’s semifinal appearance is already its best showing at a major international tournament, and it is a surprising one considering how poor the Matildas were in their pre-tournament preparations (including a 5-2 loss to Germany and 5-0 loss to the Netherlands, three days apart in April).

The Americans, meanwhile, have surprisingly underachieved throughout this tournament, and their place in the bronze-medal game, rather than the gold-medal game, is unexpected based on pre-tournament expectations but not so much when considering their struggles throughout these Olympics.

As expected, both U.S. coach Vlatko Andonovski and Australia coach Tony Gustavsson said their goal now is to forget about any disappointment and go win a bronze medal. The tone of those answers varied slightly, but the overall message was the same.

Andonovski said the goal was a gold medal, and that will never change. But now, the task at hand is bringing home a bronze medal, after Monday’s 1-0 semifinal loss to Canada.

“It’s not difficult at all [to motivate the team] because we are of the mindset that we have something to win; we have a medal ahead of us,” he said. “I know it’s not gold, but it’s a medal. It’s not like it’s ours. We don’t have anything to lose; we actually have a lot to win. And we are going to do anything possible to win the medal.”

Gustavsson, asked multiple times on Wednesday about playing the U.S. (with which he won the 2015 and 2019 World Cups as an assistant coach), reiterated that his team’s focus is always internal, rather than on the opponent. He admitted, however, that the results have come perhaps faster than expected. Due to the pandemic, Gustavsson did not meet or coach his players until earlier this year. Part of his job is having Australia ready to win the 2023 World Cup which it will co-host with New Zealand, and these Olympics are a good foundation for that.

“We’ve said from day one that we believe in the process of getting one day better, and then the result [will] take care of itself,” Gustavsson said. “What I am impressed with — surprisingly impressed with — is the speed of which this development process of this team has arrived. The way — the short preparation time we had going into this tournament, I said when the tournament started that you never know, until the tournament starts, where you are at, but you focus on the preparation to get one day better. And then, when the tournament starts, you’ll see where you are at. The amount of work that the players and the staff have put in to get one-day better is one of the reasons we are here today playing for a bronze medal.”

Thursday’s game is a rematch of the group-stage finale between the U.S. and Australia, which ended 0-0. At the time of that meeting, both teams had relatively good odds of advancing no matter what the result, and the result was a cautious, defensive result in which neither team was willing to overly exert itself. Thursday will undoubtedly be different, with an Olympic medal now on the line, and it will look different from a personnel perspective, too.

The U.S. will be without starting goalkeeper Alyssa Naeher for the match. She suffered a bone contusion and hyperextension of her right knee in Monday’s loss. She was replaced by Adrianna Franch in the 30th minute; Franch is expected to start for the U.S. on Thursday.

“For any of the goalkeepers who are on this team, every single day we go into training as if we are playing,” Franch said on Wednesday. “We have to be in that mindset to be ready at any point, and that’s our main job, our main goal.”

Australia will be without defender Ellie Carpenter, who was sent off in the final seconds of Monday’s semifinal loss to Sweden for denying a goal-scoring opportunity. Carpenter has been an integral part of Australia’s shift to playing a three-back, providing the necessary speed on the back line. Gustavsson conceded that missing his fastest player will require a change to the game plan, since the U.S. will try to get behind Australia’s back line.

“I think she has been one of the best defenders in the tournament, in my opinion,” Gustavsson said. “And also, I think she’s been a team player, because everyone that knows Ellie knows that her best position is an outside back or a wingback, with her attacking mindset and what she can do attacking-wise as well. But, to play a right back in a back three, when she needs to hold back a little bit more and do things for the team, she’s been a true team player this tournament, and she’s meant a lot for us. I’m not going to lie about that.”