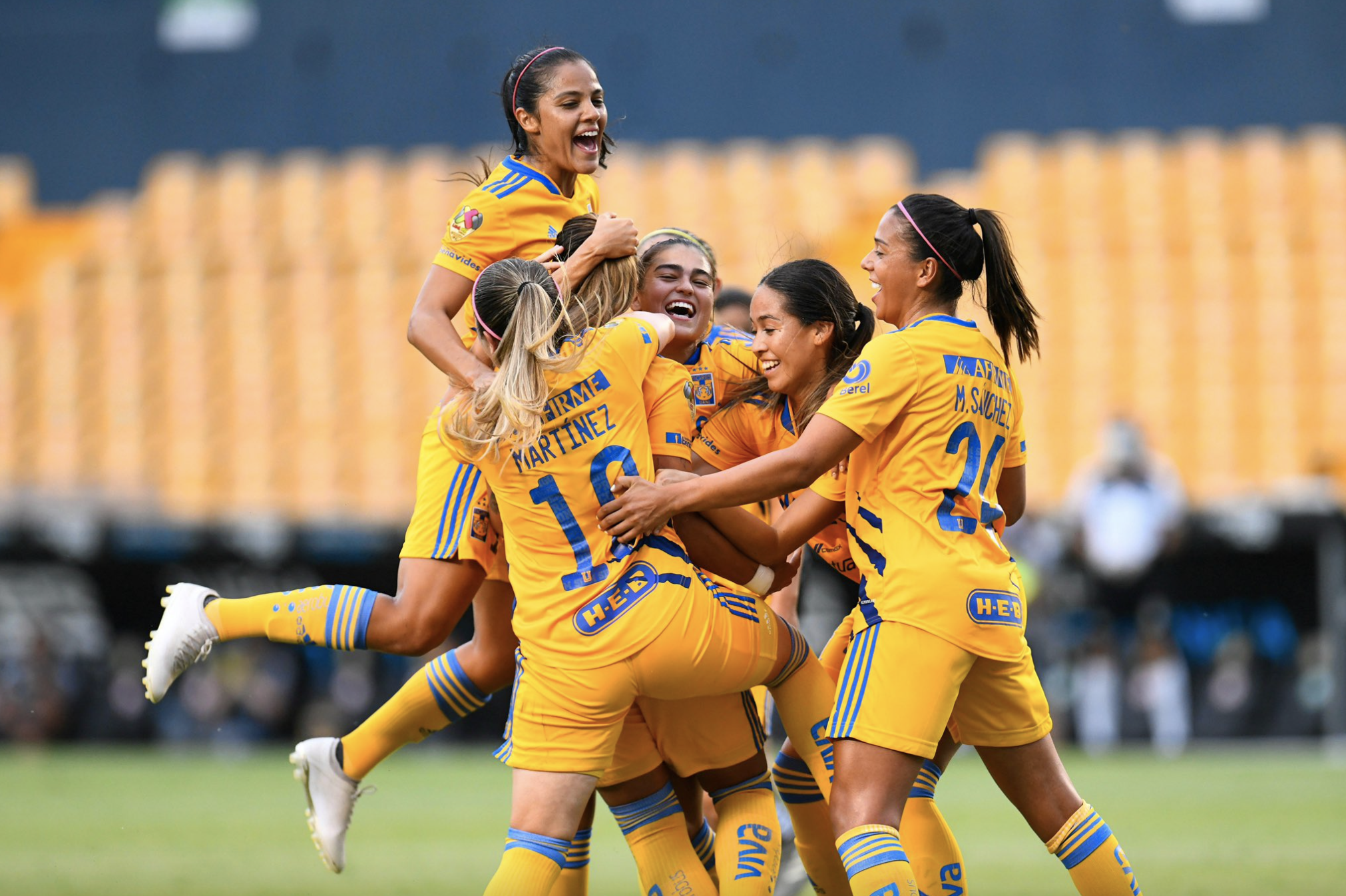 How often do you see an 8-1 scoreline in soccer? Tigres put up that final score against Necaxa on Monday night to stun the rest of Liga MX Femenil. It seems like the reigning Apertura and Clausura champions of 2020-21 have no signs showing of slowing down.

Check out what happened in that match and in the rest of Liga MX Femenil Week 3 action.

Tigres dominated Necaxa in a stunning fashion, putting up eight goals. Katty Martinez scored a hat trick with goals in the 8th, 45th and 63rd minutes, accounting for three of the eight goals. The rest of the five goals were scored by five different players.

Sandra Mayor and Maria Sanchez — prolific scorers for Tigres — comfortably found the back of the net. Mayor’s goal in first-half stoppage time came off a curling shot toward the far post inside the box. Meanwhile, Sanchez scored in the 53rd minute off a header, assisted by Martinez.

Lydia Rangel and Jana Gutiérrez also netted goals against Necaxa and goalkeeper Daniela Muñoz. It was María Elizondo who scored the final tally in the 78th minute off a header inside the box, surrounded by three defenders. It was a rough showing for the entire Necaxa team.

However, Samantha Calvillo denied Tigres goalkeeper Vania Villalobos of a clean sheet in the 80th minute. Cavillo went one-on-one with Villalobos after being slipped the ball on a breakaway, slotting it past the Tigres stopper.

There’s no denying that Tigres is the powerhouse of Liga MX Femenil. They won both the Apertura and Clausura last season and have retained most of their squad this season. Putting up eight goals against Necaxa was a breeze for a Tigres team with such a powerful attack. You better believe that other teams are looking at this result and dreading the date they have to play Tigres.

After being stunned last week by San Luis, Pumas attempted to bounce back and look for their first victory of the Apertura season. However, the downward spiral of Pumas continued with a second consecutive loss. Monterrey, on the other hand, have not dropped a contest yet this season.

All three goals in Monterrey’s 3-0 victory over Pumas came in the second half. However, it was early in the 47th minute that Mónica Monsiváis got the visitors on the board. On an errant defensive play from Pumas, Monsiváis picked up the ball right in front of net and slotted it past goalkeeper Melany Villeda.

Aylin Aviléz scored a hat trick with goals in the 61st and 83rd minute. Her first tally came off a strong hit that made contact with Villeda and then slowly rolled past the goal line. Her second goal was off a sliding shot — in which Avilez slid on the ground, made contact with the ball with her boot and watched it hit off the crossbar and over the line.

Monterrey made the playoffs last year and fought for the first place spot. However, what doomed them in the Clausura was slipping in the middle of the season and dropping points to either draws or losses. They face off with Puebla next week, but shouldn’t undermine their opponent, who is certainly lower than them on the table.

Turns out that a player on Atlas other than Alison Gonzalez can score goals. Gonzalez did net the first of three goals for Atlas in another victory in Week 3, but it was Marcia Garcia that earned the brace. For their respective performances, both players even made the Liga MX Femenil Team of the Week.

Gonzalez still remains the leading goal scorer in Liga MX Femenil. Her fifth goal of the season came in the 24th minute as she sprinted down the sideline and found herself wide open for a cross. She then went one-on-one with goalkeeper Christina Holguin before nutmegging her for the goal.

Garcia’s first goal was almost identical, as she shot from almost the exact spot as Gonzalez did. Her second tally in the 70th minute was off an admittedly weaker shot that Holguin should have saved.

It’s still early in the season, but there are two teams right now with nine points and perfect records: Atlas, Tigres and Club América.