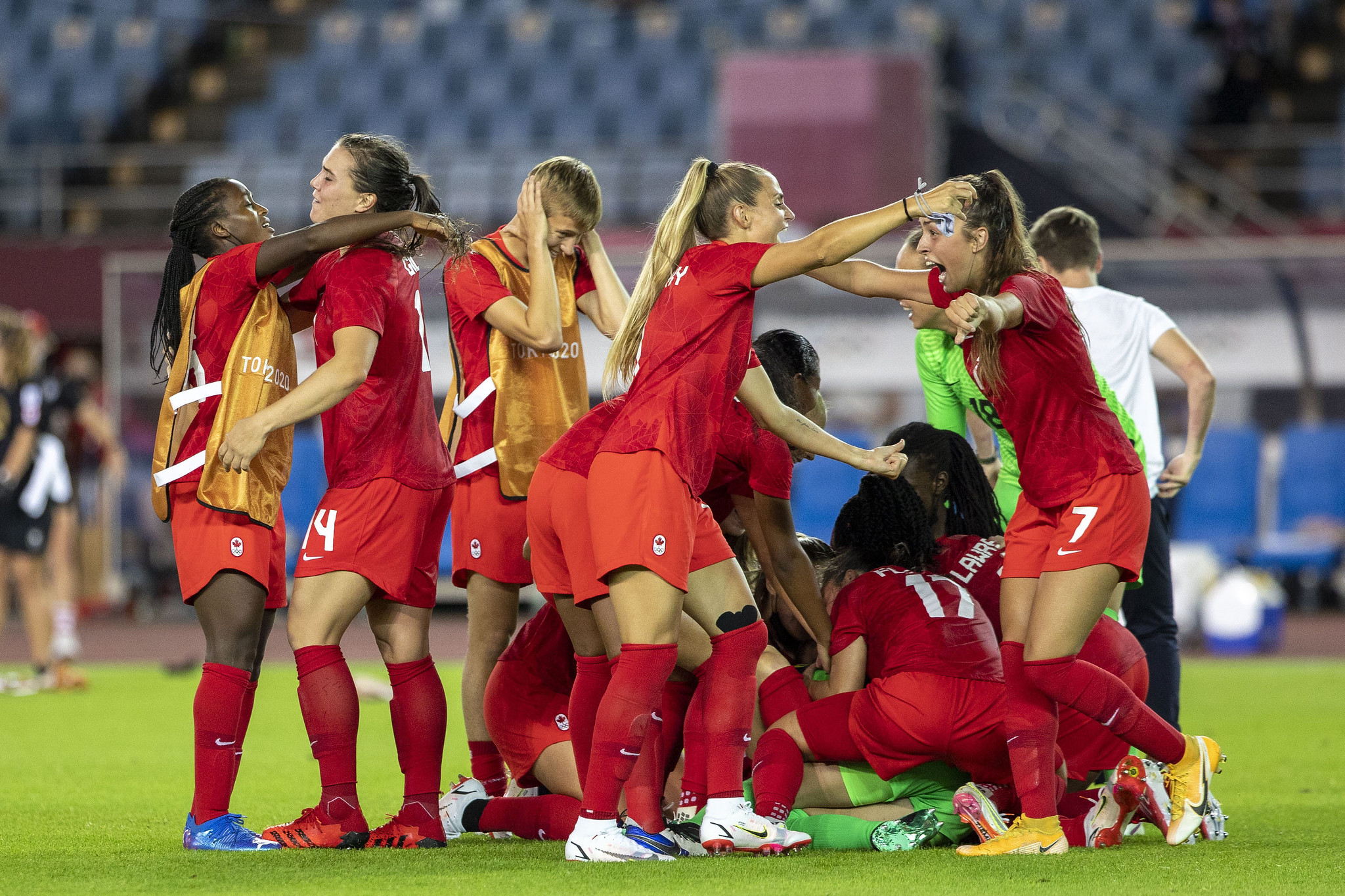 Canada and Sweden will play for the Tokyo Olympics gold medal on Friday local time after defeating the United States and Australia, respectively, in Monday’s semifinals. Here’s how it happened:

Canada ended a 20-year winless streak against the United States women’s national team on Monday in the semifinal of the Tokyo Olympics women’s soccer tournament, defeating the U.S. 1-0 to advance to the gold-medal game for the first time.

Jessie Fleming converted a penalty kick in the 74th minute for the game’s only goal. U.S. defender Tierna Davidson, starting in place of Abby Dahlkemper, was called for the penalty after video review showed that she took out the legs of Canada substitute Deanne Rose.

Adrianna Franch was in goal for the penalty kick after starting U.S. goalkeeper Alyssa Naeher left the match injured in the 30th minute. Naeher landed awkwardly while collecting a cross and appeared to hyper-extend her right knee. She continued for a few minutes before taking a goal kick, at which point she immediately pulled up in pain and motioned to the bench for a substitution. Naeher was seen on crutches after the match.

Canada put only two shots on goal from three shots total — to the U.S.’ 13 — but the Americans hardly threatened Steph Labbe’s goal and did not put their first shot on goal until the 65th minute. Carli Lloyd’s header off the crossbar in the 86th minute was among the best opportunities of the game for the United States. Labbe came up big when needed, including in the 68th minute, when she saved a powerful Julie Ertz header at the near post on a corner kick.

The loss marks the United States’ first in an Olympic semifinal. They will play for bronze on Thursday, an improvement from their 2016 quarterfinal exit but still a disappointment for the pre-tournament favorites who never quite got going in Japan. Canada had not defeated the U.S. since March 11, 2001, in the Algarve Cup. It is just the fourth Canada victory in 62 meetings with the United States.

Canada will play Sweden or Australia in the gold-medal game on Friday (local time). No matter the result, it will mark a third straight Olympic podium appearance for Canada and an improvement on the back-to-back bronze medals from 2012 and 2016.

Fridalina Rolfo scored less than one minute into the second half for the only goal of the match as Sweden advanced to the gold-medal match for the second straight Olympics.

Sam Kerr appeared to score just before halftime but was whistled for a foul before the free kick was played. Rolfo also slammed a shot off the crossbar earlier in the first half.

Familiar narratives surround USWNT-Canada Olympic semifinal
What went wrong for the USWNT at the Tokyo Olympics?