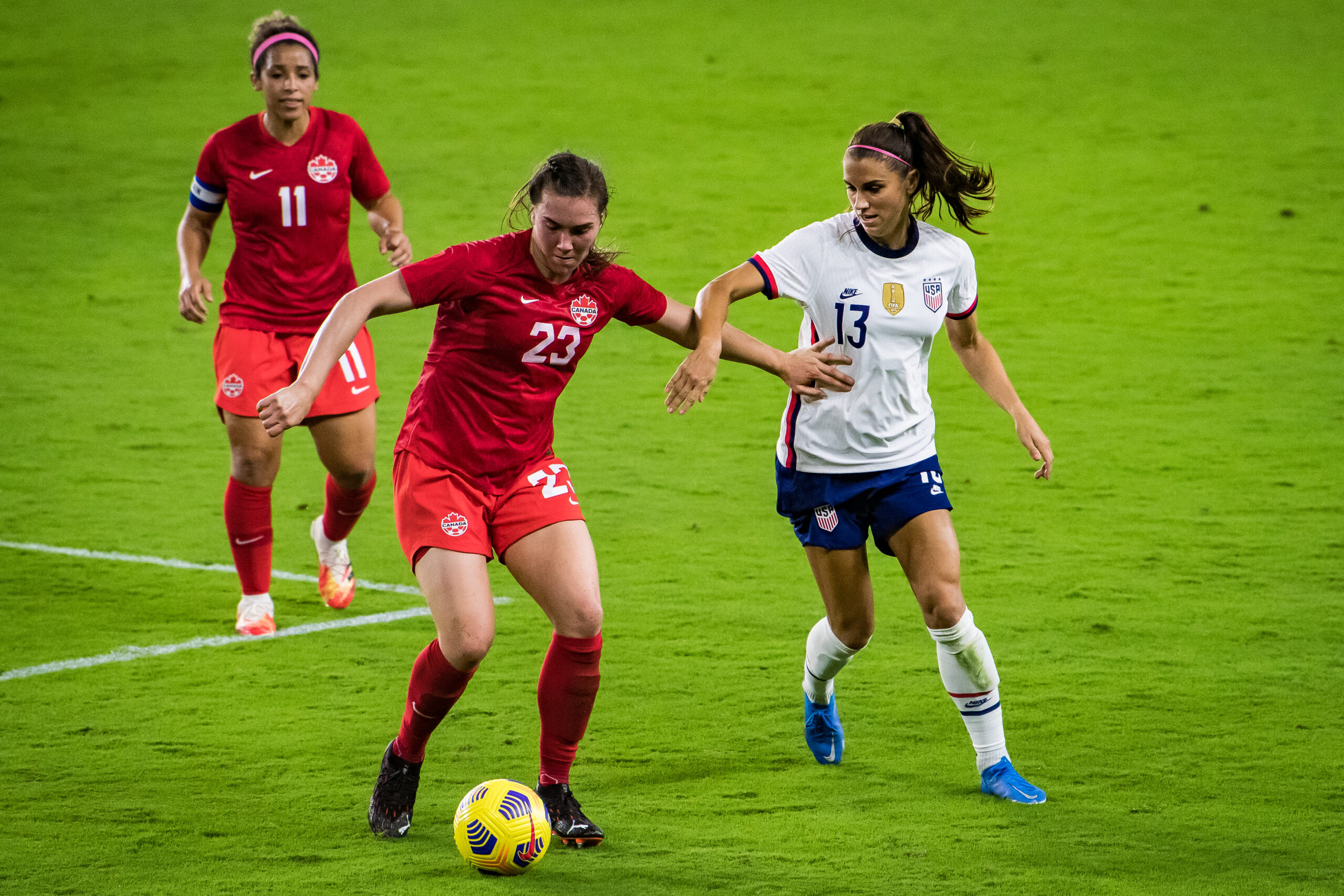 Rivalry? Border war? Grudge match? Those are just some of the phrases accompanying Monday’s Olympic semifinal between the United States and Canada in Kashima. The matchup easily brings back memories of the 2012 semifinal at Old Trafford, a 4-3 extra-time win by the United States that was played out over two hours of gripping soccer worthy of a book or movie.

Several key players from that match remain active, including Alex Morgan — who scored the game-winner in the 123rd minute — and Christine Sinclair, who notched a hat trick for Canada. And don’t forget Erin McLeod. The third-choice keeper on the current Canada team, McLeod was whistled for holding the ball too long in 2012, the moment that led to the decisive swing in momentum to the United States.

Three days after that epic match, Canada salvaged a bronze medal by defeating France, and the U.S. took gold by beating Japan. But Canada marched out of England that summer believing they had hit the big time, that they were arriving on equal footing with the U.S. They were wrong. Though they repeated bronze in Brazil four years later while the U.S. crashed out at the quarterfinals, it was the U.S. that celebrated the 2015 World Cup on Canadian soil after the hosts lost in the quarterfinals. Two years ago in France, the U.S. repeated. Canada went out in the Round of 16.

Access the best women’s soccer coverage all year long
Start your FREE, 7-day trial of The Equalizer Extra for industry-leading reporting and insight on the USWNT, NWSL and beyond.
Subscribe
Existing Users Sign In Here
Related TopicsExtra