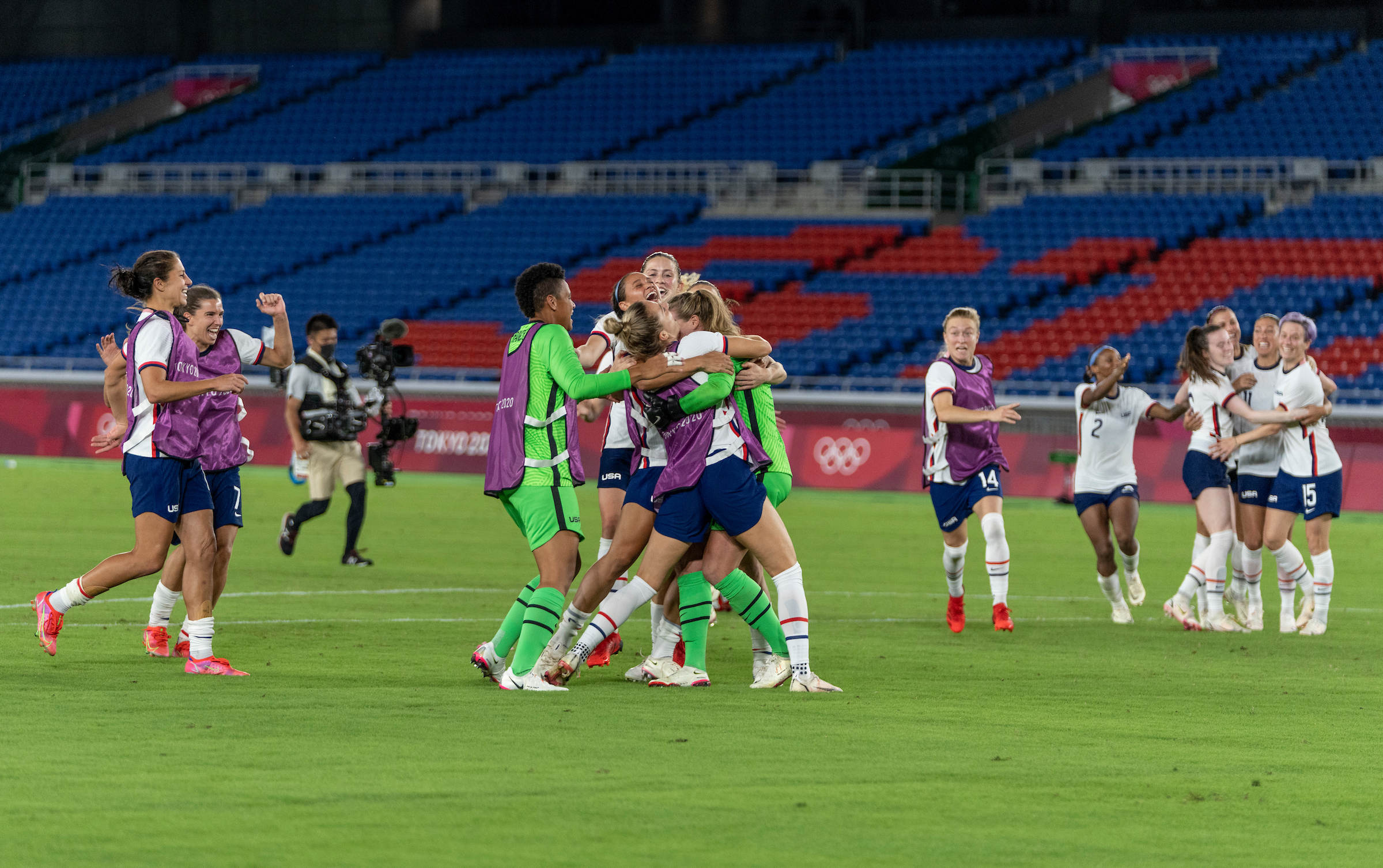 When Alyssa Naeher saved several crucial penalties in the U.S. women’s national team’s Olympic quarterfinal against the Netherlands on Friday, perhaps the most surprising thing about the performance was the reaction of surprise from the public.

Naeher, approaching her 78th international appearance, is a two-time World Champion — most recently as the U.S.’ No. 1 keeper throughout the World Cup in 2019. She saved the U.S.’ tournament hopes that year too, stopping a penalty in the semifinal against England that preserved a 2-1 win and sent the team hurtling towards their four-star destiny.

On Friday, questions predictably arose once again after the match about Naeher’s ostensibly quiet demeanor juxtaposed with her heroic effort.

“I don’t really think that I would say she’s not a big personality, you’ve just got to know her,” U.S. forward Lynn Williams said, rebuffing a framed question.

The recycled storytelling around Naeher’s personality notwithstanding, it perhaps speaks to the particular place the U.S. currently occupies that reactions to Friday’s quarterfinal both came from Naeher’s ability to do her job well and that the U.S. needed to rely on her that much at all. Somehow, even now fans and pundits alike struggle to know exactly what to expect from the world champions, and it’s causing every match to become a Rorschach Test of confirmation biases.

Access the best women’s soccer coverage all year long
Start your FREE, 7-day trial of The Equalizer Extra for industry-leading reporting and insight on the USWNT, NWSL and beyond.
Subscribe
Existing Users Sign In Here
Related TopicsAlyssa NaeherExtraFeaturedVlatko Andonovski