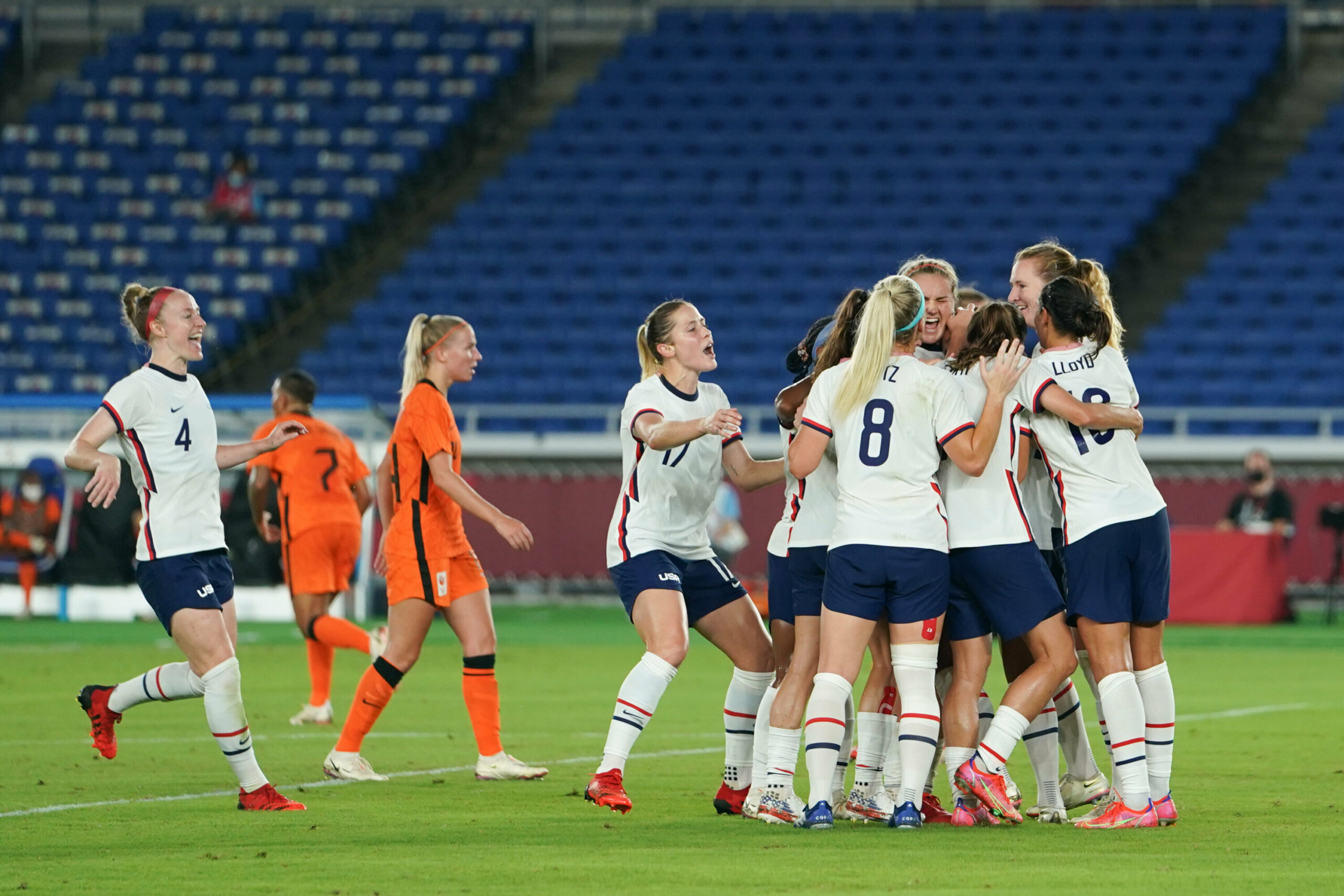 Australia, Canada, Sweden and the United States all advanced to the semifinals of the Tokyo Olympics on Friday, each in dramatically different ways. Here’s a recap of how the Olympic women’s soccer quarterfinals played out:

The United States women’s national team is back in the semifinals of the Olympics after advancing past the Netherlands in a penalty shootout, 4-2. Alyssa Naeher saved two penalties in the shootout and another spot-kick late in the second half of regulation to lift the U.S. to victory.

The Americans avoided a second straight Olympic quarterfinal exit and eliminated the Dutch in a rematch of the 2019 World Cup final. Vivianne Miedema scored both Dutch goals in regulation, which ended 2-2 between the teams, but her kick to open the shootout was saved by Naeher. Aniek Nouwen was also denied in the shootout, and Lieke Martens’ 81st-minute penalty kick was saved by Naeher to force extra time.

Miedema opened the scoring in the 18th minute, putting the Dutch ahead seemingly from nothing after the U.S. came out of the gate pressing high and threatening to open the scoring.

Sam Mewis equalized 10 minutes later on a diving header assisted by Lynn Williams, and Williams followed up with a goal three minutes later, pouncing on a loose ball following a corner kick.

Miedema proved too much again nine minutes into the second half, separating herself from Abby Dahlkemper and firing a low shot which U.S. goalkeeper Alyssa Naeher got a hand on but could only push into the side netting.

Miedema’s 10 goals scored and the Netherlands’ 23 goals scored are individual and team Olympic records, respectively, for a single tournament.

In the shootout, Rose Lavelle, Alex Morgan, Christen Press and Megan Rapinoe all converted for the United States.

The U.S. will play Canada in Monday’s semifinal.

Ellen White scored a hat trick and it still was not enough for Great Britain, as Australia advances to the semifinals of a major world tournament for the first time in program history.

Sam Kerr scored twice, including the eventual game-winner in the 106th minute, directly off the kickoff to start the second half of extra time.

White answered with five minutes to play, but Great Britain could not find the equalizer.

Alanna Kennedy put Australia ahead in the 35th minute against the run of play, heading in a corner kick from Caitlin Foord. White answered with a pair of goals in the second half, but Kerr scored in the 89th minute to force extra time.

Mary Fowler hit a shot from distance which deflected into the upper corner to give Australia a 3-2 lead in extra time before the added goals from White and Kerr.

Eriksson opened the scoring seven minutes into the match, but Sweden switched off an Mina Tanaka scored an equalizer 16 minutes later.

Blackstenius put Sweden ahead eight minutes after halftime, and then Asllani extended their lead to 3-1 from the penalty spot in the 68th minute, after video review determined that the ball was handled in the box.

Canada advanced to the semifinals for the third consecutive Olympics, advancing past Brazil in a penalty shootout after the two teams played 120 minutes of scoreless soccer.

Stephanie Labbe saved two penalty kicks — the final two taken by Brazil — to secure advancement for Canada, who earned the bronze medal at each of the past two Olympics. Brazil goalkeeper Barbara saved Christine Sinclair’s penalty to begin the shootout, but Labbe’s heroics turned the tide.

Brazil had ample possession throughout the run of play but failed to truly threaten Labbe’s goal with any consistency. Canada found some success in transition, as Brazil was caught forward, but was similarly wasteful, putting just one of nine shots on goal.