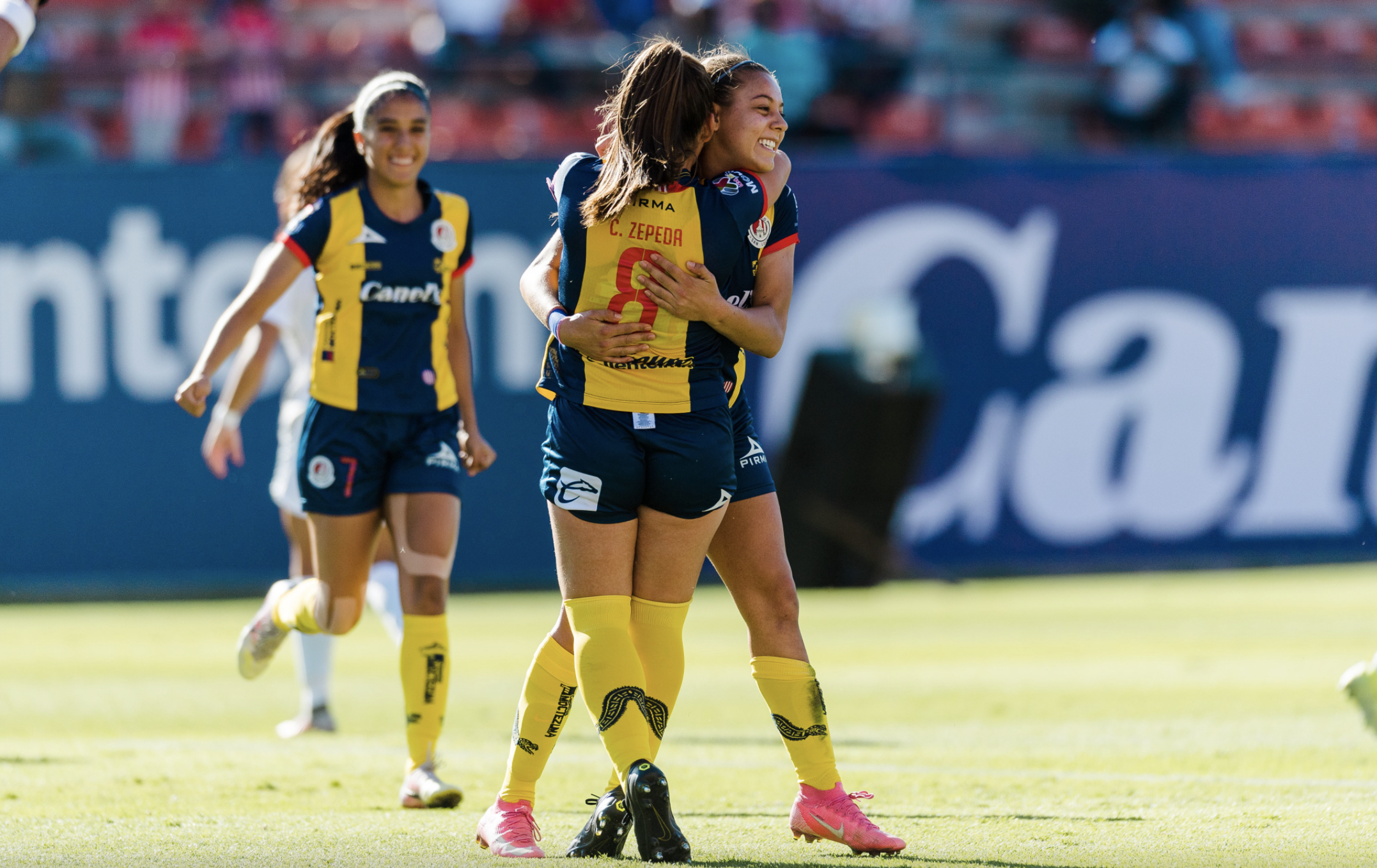 The second week of the Liga MX Femenil Apertura season brought some surprises, namely with Atletico San Luis notching a huge three points after defeating Pumas. Take a look at what happened this weekend and see the slate for this upcoming weekend.

Atlético San Luis spent the better part of the Clausura season this past spring trying to stay out of last place. In the end, it worked, but San Luis still didn’t make the playoffs. As we mentioned last week, it’s early in the season. It’s tough to draw big inferences from these games. However, a 2-1 win against Pumas — who did make it to the Clausura playoffs — is a great start.

Pumas did take the early lead on the road, courtesy of a 16th minute goal from Liliana Rodriguez. Dinora Garza lifted the ball over the Pumas defense and found Rodriguez, who muscled out her defender and slipped the shot past San Luis goalkeeper Stefani Jimenez.

However, San Luis tied it up in the 35th minute, with Karen Vazquez jumping high for a header off a cross following a short corner kick. Isabel Kasis scored the game-winning goal in the 58th minute on a penalty kick, sending the ball right down the middle while Pumas goalkeeper Melany Villeda dove to her left.

In the first week of Apertura action, San Luis got crushed by Chivas, 5-0. The rebound is a positive sign for the club and the players.

Club América scored two goals within two minutes to kick off momentum against Puebla, in a 3-0 win. Those goals came in the first half, while a third was added in the second half. In addition, Club América kept a clean sheet after giving up one goal to Santos last week.

After a long run down the field from teammate Dorian Hernandez, Club América scored its first goal in the 32nd minute after a tap-in from Kiana Palacios. Just two minutes later, in the 34th minute, Hernandez took the ball herself and slotted it past Puebla goalkeeper Siena Ruelas.

In the second half, three points were sealed after a 72nd minute goal from Betzy Cuevas on a corner kick. After at least two header attempts from Club América players, Cuevas picked up the rebound and smashed it with her foot in goal.

Puebla picked up a big win against Santos last week, but the tale was much different in Week 2. Meanwhile, Craig Harrington and his side have earned two-straight wins.

The tale of what could have been for Atlas involved an own goal. Atlas could have notched a clean sheet, their first of the Apertura, but an early own goal prevented that. In fact, the early own goal from Julissa Davila — which came on an errant back-pass to Ana Paz, causing the goalkeeper to slip and miss the ball — gave Querétaro the lead.

However, it didn’t last long. That was because current Apertura leading goal scorer Alison Gonzalez did what she does best. In the 50th minute, Gonzalez equalized off a penalty kick. The game-winning goal came from Marcia Garcia, who found herself wide open on a free kick and headed her attempt past Querétaro goalkeeper Vanessa Cordoba.

Regardless if it was pretty or not, Atlas got three points. And, now, Gonzalez leads the league, once again, in scoring with four goals.

Tijuana earned its first three points of the season after a two-goal victory at home against Toluca. Renae Cuellar, the Mexican international striker, got her first goal of the Apertura season. Meanwhile, goalkeeper Itzel Gonzalez, who has also been a frequent presence on the national team under Monica Vergara, kept her second-straight clean sheet.

Both goals came in the second half for Tijuana. Cuellar struck first, in the 53rd minute, off a volley to herself inside the penalty area. In the 82nd minute, Cuellar went unselfish and passed the ball inside the area to Dulce Alvarado, who edged out her defender and put the goal past Toluca goalkeeper Sandra Lozano.

For Team Great Britain, the picture is becoming clearer
Tokyo Olympics are Brazil’s chance at a golden goodbye