Olympics Matchday 3 results: US advances with scoreless draw; Japan and Australia go through 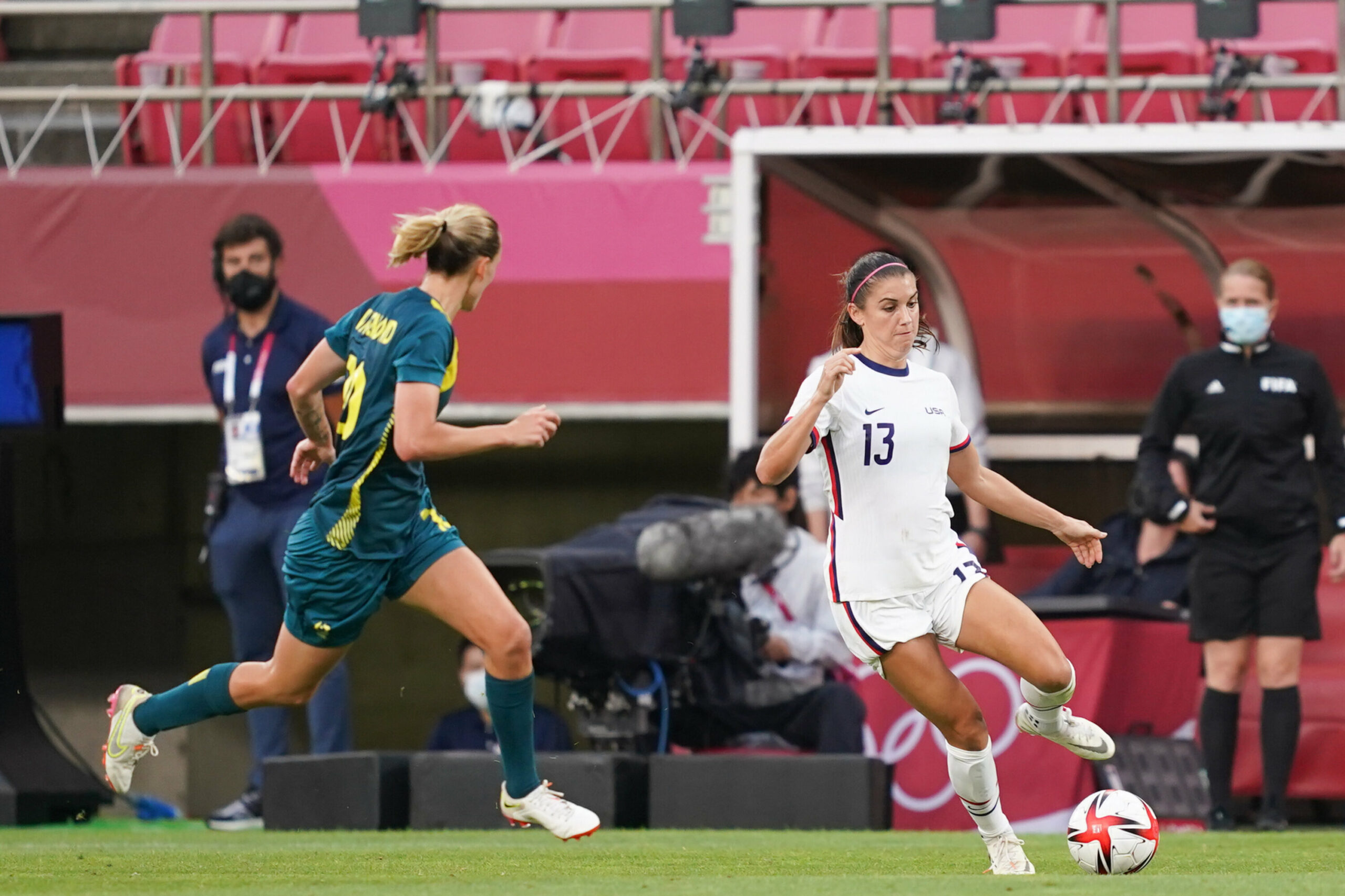 The United States women’s national team advanced to the knockout stage of the Tokyo Olympics on Tuesday with a 0-0 draw against Australia, a result which likely guarantees the Matildas will advance as well. The U.S. qualifies as the second-place finisher out of Group G, behind Sweden, based on a superior goal difference to Australia. Each team finished the group with 4 points.

It is the first time the United States has secured less than 6 points from the group stage of a major tournament. The Americans opened the Olympics with a 3-0 loss to Sweden before defeating New Zealand, 6-1.

On Tuesday, the U.S. sat back in a low-pressure system and allowed Australia a 60% share of possession for most of the game. Attacking opportunities were few and far between for the Americans, save for a counterattack in the first half which forward Alex Morgan shot right at Australian goalkeeper Teagan Micah. Morgan appeared to score later in the first half on a well-executed corner kick from the U.S., but she was deemed offside. Video review technology showed that her shoulder was fractionally in front of the toe of Australian defender Alanna Kennedy.

Center back Abby Dahlkemper was rested as part of preplanned rotation, according to U.S. coach Vlatko Andonovski.

The U.S. will likely face the Netherlands in Friday’s quarterfinal in a rematch of the 2019 World Cup final.

Anna Anvegard and Madelen Janogy each scored in the first half to lift Sweden past New Zealand, 2-0. Both goals were headers, 13 minutes apart.

Sweden finished group play with three wins from three games. New Zealand exits the competition with three losses from three games in Tom Sermanni’s final tournament as coach. The Football Ferns have two years to prepare for the 2023 World Cup, which they will host alongside Australia.

Great Britain finished first in Group E thanks to a late equalizer which was officially declared an own goal. Caroline Weir’s shot took a wild deflection off Nichelle Prince to beat Steph Labbe in the 85th minute.

Adriana Leon had given Canada the lead in the 9th minute, finishing a great feed from Ashley Lawrence, but Canada conceded a late equalizer again, as they did in their opener against Japan. Both teams were already guaranteed to advance out of the group prior to this game.

Mina Tanaka’s goal in the 77th minute ended some mild suspense for hosts Japan, who secured their first victory of he tournament with the 1-0 win over Chile. Japan advanced as the third-place finisher out of Group E.

The Dutch completed a whooping of China to finish atop Group F with 21 goals scored in three games. Vivianne Miedema, Lieke Martens and Lineth Beerensteyn each scored a brace in the game. Miedema has eight goals so far in this tournament, already a record for a single Olympics.

Andressa’s goal stood as the only one of the match despite Brazil having a player advantage for most of the game. Lushomo Mweemba was sent off in the 13th minute for denying a goal-scoring opportunity for Ludmila, in a decision confirmed by video review, and goalkeeper Hazel Nali was injured on the play. Ngambo Musole stepped into goal and conceded Andressa’s free kick on her very first play of the game.

Zambia stayed in the match despite only 32% possession, as Brazil coach Pia Sundhage rotated her roster. Zambia captain Barbra Banda leaves her first Olympics with six goals, having scored a hat trick in each of her first two matches.

Kassouf: Do past hiccups inform what’s ahead for USWNT at this Olympics?
USWNT 0, Australia 0: A matter of perspective (and maybe one for retrospect)