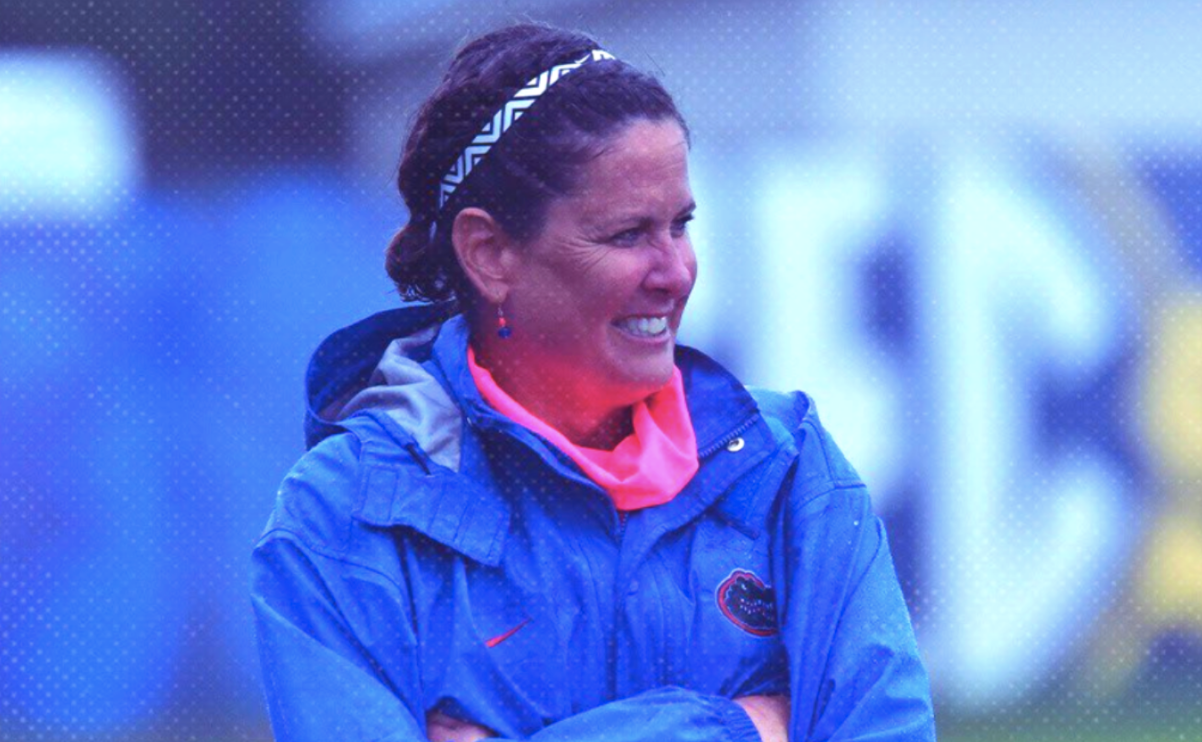 The Orlando Pride didn’t have to look far for their interim coach. Just hours after the Pride dropped their home match 2-0 against the OL Reign, and only a few days after previous head coach Marc Skinner and assistant coach Carl Green announced their departures from the club, the club announced Becky Burleigh as its interim head coach.

Burleigh will serve as coach through the 2021 season.

Green was in charge of the Pride on Saturday in the home loss to the Reign. However, Sunday was his last match with the team. Skinner and Green have been linked with Manchester United in the FAWSL, and an announcement of their appointments in Manchester could come soon.

In a press conference on Friday, Amanda Duffy, Pride executive vice president, alluded to the fact that Orlando already tabbed their interim coach. Duffy said that, while the team has been struggling to find results on the field, the fans would have a lot of “support, confidence and excitement” for the hired coach.

Duffy also said that she would like to find a permanent coach by the “end of the calendar year,” but didn’t rule out adding one sooner.

“I am confident and excited about who will join us to lead us through the remainder of the year,” Duffy said on Friday. “The objective was to… find and bring in the right person/people who are qualified and capable of leading this group of players, this group of world-class, elite, talented players to a championship. Our goals haven’t changed this season.”

In a club press release on Sunday, Duffy doubled down on the excitement, calling Burleigh well-respected within the soccer community.

“Under Becky’s guidance, I’m confident that she will instill a new focus and confidence amongst the team, and strengthen the team’s existing foundation during this unique transition period for our club,” Duffy said. “Our goals and expectations for this season remain unchanged, and we look forward to Becky shepherding this team through the remainder of this season to build on its early success.”

Burleigh, who coached at the University of Florida for the last 26 years before retiring in February, said she’s excited to coach at the professional level.

“I’m excited to become a member of the Orlando Pride franchise,” Burleigh said. “My hope is to create a seamless transition plan to build on the growth and strides that Marc [Skinner] and the team have made so far this season. Change, despite being difficult, always brings an opportunity for growth. I’m eager to work in partnership with the existing staff and players to make that happen.”

Burleigh’s trophy closet includes a national championship and being named the SEC Coach of the Year four times. In addition, Burleigh was named the NSCAA/Adidas National Coach of the Year in 1998. There will be some familiarity with players on the roster, as she coached current players Erika Tymrak and Meggie Dougherty Howard.

The Pride will look to rebound against the North Carolina Courage on Saturday at WakeMed Soccer Park at 7 p.m. ET. The match will air on Paramount+.