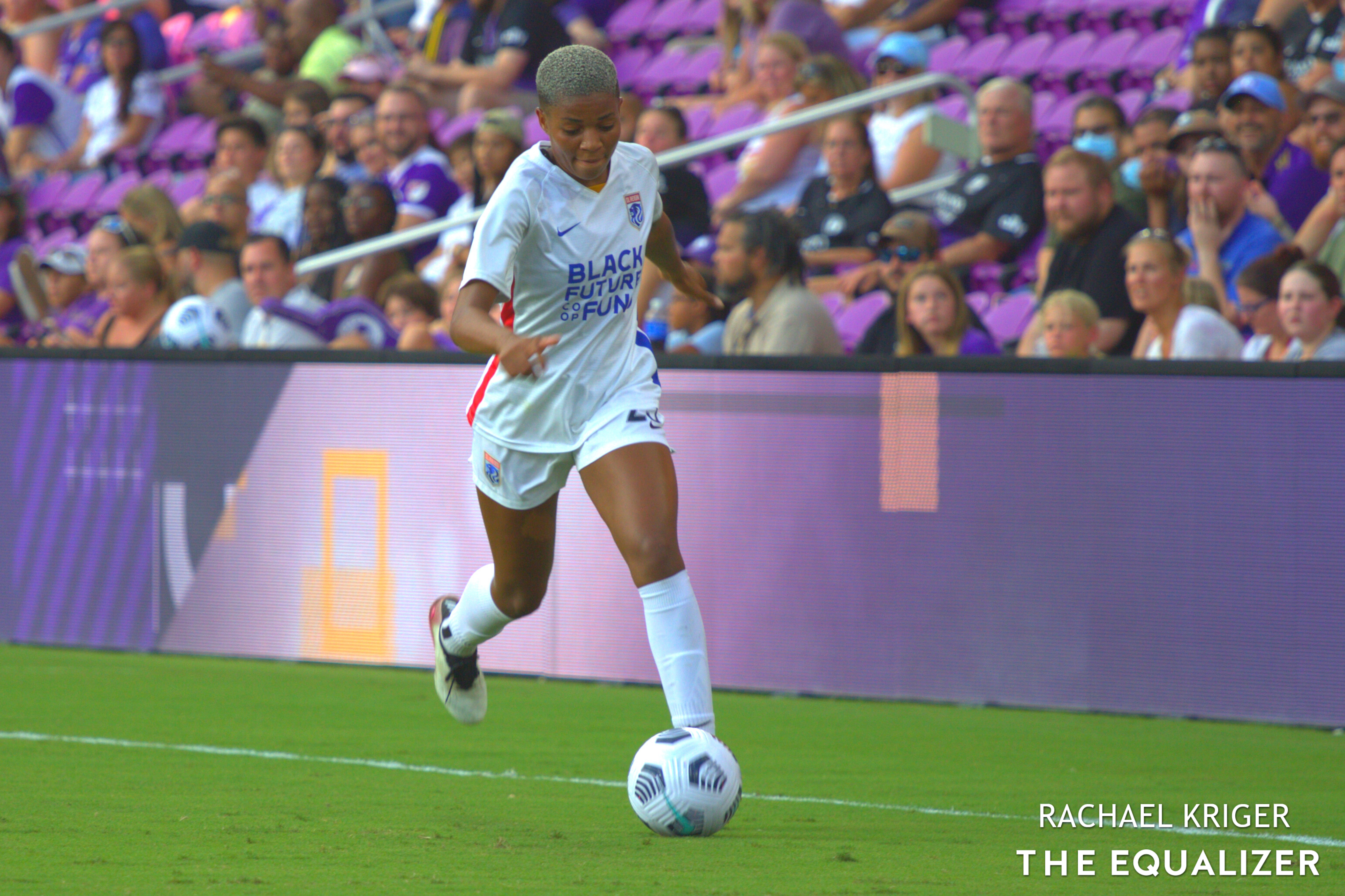 The Skinny: More coaching drama in the league made this match a real tough task for the Pride, just a day after head coach Mark Skinner announced his departure effective immediately. Assistant coach Carl Green led in his absence, but is also leaving the club now that the match has concluded. Orlando, understandably, looked like a team that had just gone through a massive, and unexpected shift, so it wasn’t a great performance. Ashlyn Harris was the bright spot for the home side, registering ten saves and keeping her side in the match. The Reign controlled most of the first half and took the lead 10’. Just before that, Harris picked up a backpass from her defender, giving the Reign an indirect free kick in the box. But, she redeemed herself by saving the ensuing shot. The goal came when Tziarra King dispossessed Ali Krieger on the sideline, found Jess Fishlock, Jess turned to make space on top of the 18, and finished near post. They should have been up by multiple goals but a combination of Harris’ big saves, and lack of finishing, kept it close.

Going into the second half, the Pride were improving but Reign were still creating a lot of chances. Eugénie Le Sommer, in particular, had several high percentage attempts but has yet to score a first goal in the NWSL. She did however provide an assist to King’s goal 50’ with a nice back heel. Tziarra took a couple touches and curled her shot into the bottom corner, doubling the advantage.

When I say the score line should’ve been higher I really mean it. With half an hour to go, Reign were awarded a penalty when Amy Turner took down Le Sommer in the box. It was a good call but Fishlock’s spot kick wasn’t good enough, and Harris recorded her fifth penalty kick save of the season. Orlando had a few chances to score, but failed to record any shots on target or really test Bouhaddi, Reign recorded twelve in comparison.

One Key Moment: Take your pick. Both Fishlock and King’s goals were things of beauty that deserve to be seen. Though Tziarra King, in particular, deserves a lot of credit for assisting Fishlock, and scoring her first regular season goal in this match. Interim head coach Sam Laity praised her after as a “multi-dimensional player” whose ceiling is “very high”.

Inside the Game: The Reign are certainly improving since Benstiti left, but they need to figure out how to put a game away early. Last week they controlled the first half and then Chicago came back to win it, even though own goals were involved. Le Sommer especially needs to figure out how to put away her numerous chances or come on as a sub so there is less pressure on her shoulders, just until she finds her footing in the league. The biggest positive for the visitors in this was that their high pressure tactics worked very well. They were not punished on the counterattack and they scored both their goals from winning possession in the attacking third. Also, a big clean sheet! If OL Reign continue improving like this they could finally make a run towards the top of the table.

The Skinny: Thirty-two seconds. That’s how long it took Sophia Smith to score the first, and only, goal in this match. It was Simone Charley who won the ball high up and Marissa Everett who found Smith. The 20 year old with, understandably, a lot of confidence, drove at the back line, evaded defenders like they were cones, and calmly finished low and hard despite the Houston defense crashing down on her.

Bella Bixby had a solid performance in net, cutting out crosses when necessary, but only needed to make two saves. Lindsay Harris on the other end also wasn’t too busy because only five shots were on target the whole match, from either side. Houston had a chance in the last minute of stoppage time to equalize on an open net, but Jasmyne Spencer couldn’t keep the shot down.

One Key Moment: Just marvel at the talent that is Sophia Smith. She just keeps getting better as she is starting to find a rhythm in her first full NWSL season. Defenders beware.

Inside the Game: Houston were noticeably missing Ally Prisock, who has left the team, at outside back. It is unclear right now what the circumstances of her departure are, but after the match, James Clarkson applauded the players who filled her absence in a pinch. Thorns dominated a lot of the match but neither side felt at their best. Portland would certainly want to score more goals and Houston probably doesn’t want a striker dribbling straight down the middle of their 18.