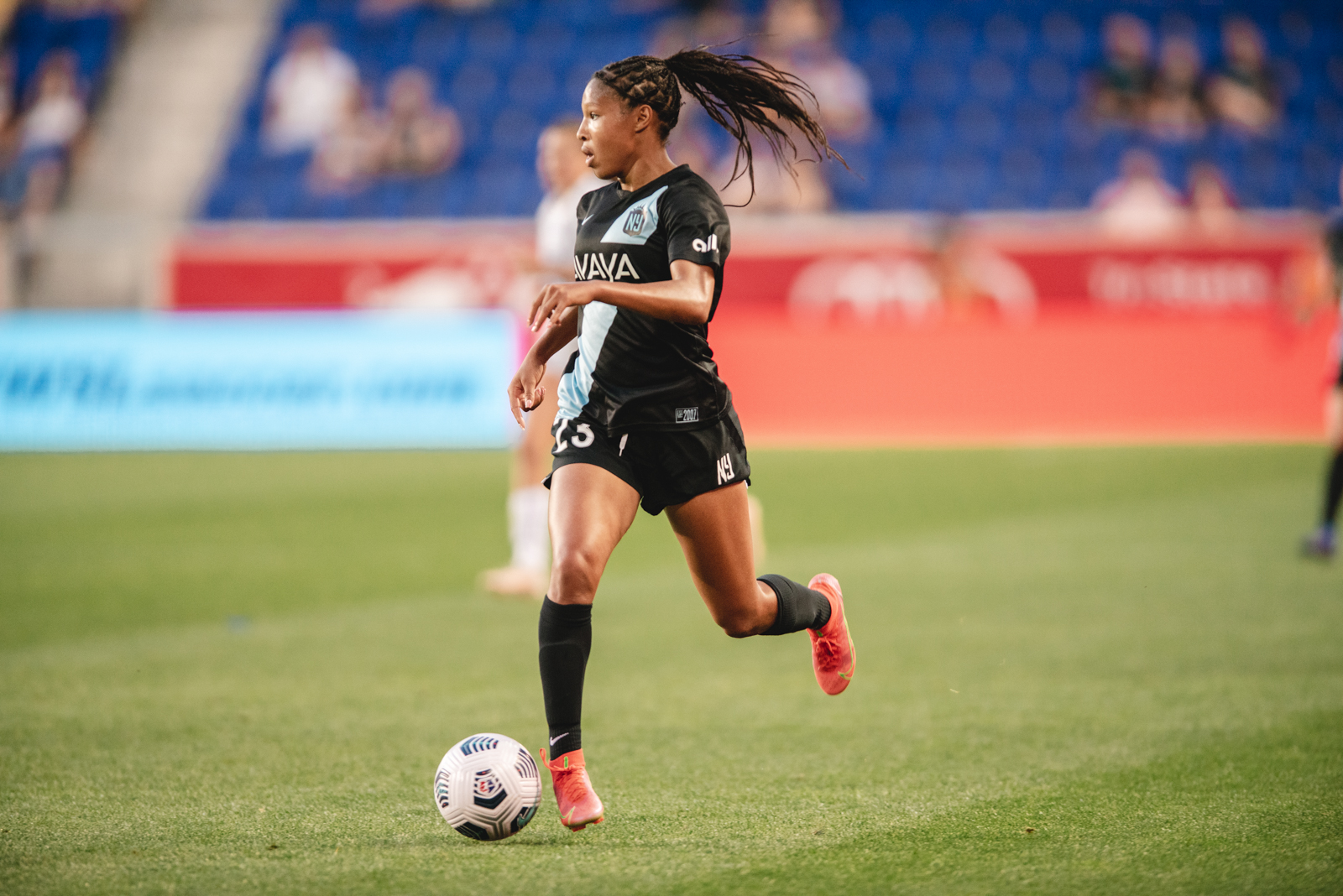 NJ/NY Gotham FC and the Washington Spirit each picked up three points on Sunday. Here’s how it went down:

The Skinny: Gotham got the win at home despite Chicago’s best efforts. Gotham started heavily on the front foot, forcing two impressive saves out of Cassie Miller in the first 10 minutes. Chicago had a couple chances but the home team controlled possession for the first half, playing it around and not forcing anything. The breakthrough came in first-half stoppage time when Caprice Dydasco found Allie Long in the box, who was able to beautifully volley it over Miller. The Red Stars were only playing with 10 players at that point due to an injury to defender Tatumn Milazzo, who was being assessed before making a sub, but that gamble didn’t pay off.

Chicago came out in the second half reenergized by three substitutes, particularly Danielle Colaprico and Makenzy Doniak. They shifted into a 4-4-2 formation with a diamond midfield that allowed them to focus more on attacking, leaving Colaprico as the lone No. 6. For 20 minutes they dominated, constantly causing turnovers and keeping the ball in their attacking half, but they couldn’t capitalize. They paid the price as Midge Purce punished them on the counterattack, driving into the box and winning a penalty kick, which she then converted. After that, Gotham controlled the match again, ending with a whopping 62% of possession. There was some late drama in stoppage time when Bianca St. Georges, one of the halftimes subs, was issued a straight red card for taking down Brianna Pinto as the last defender. Doniak scored a consolation goal in the last minute of stoppage time with a well executed turn and finish, but it was too late. Gotham are now second place in the standings, while Chicago remain in third.

One Key Moment: The assist on this goal from Dydasco was perfectly placed, weighted, and lofted, for Long to get this kind of touch on it. Just take a moment to look at the skill required from Long to drop it just over the keeper and into the back of the net.

Inside the Game: The Red Stars’ finishing problems returned to haunt them in this game but they are still at a good place on the table and the consolation goal should give them at least some hope. Serious questions remain about their ability to win games without the help of own goals. Gotham, meanwhile, are having a fantastic season and are unbeaten in seven straight matches. The midfield of Long, McCall Zerboni and Gaëtane Thiney, bossed the middle of the park, setting up the forwards but most importantly getting open for the backline to keep possession. It isn’t always easy to simply keep the ball but Gotham did it really well because they were patient, not pushing into the attack and losing possession when it wasn’t necessary.

The Skinny: The Washington Spirit got back on track after a last week’s 3-2 loss to Gotham FC (spent mostly playing down a player after a red card to Sam Staab which was erased last week), with a 2-0 road victory over Racing Louisville. Ashley Hatch scored five minutes into the match to give Washington the lead, and Staab added a second goal for the Spirit in the 58th minute.

One Key Moment: Hatch’s early goal was the product of Ashley Sanchez forcing a turnover at midfield and springing the counterattack. The moment underscores Sanchez’s importance to the Spirit this season.

Inside the Game: Racing Louisville knocked on the door throughout the first half, following Hatch’s early goal, but Spirit goalkeeper Aubrey Bledsoe was up to the task and made five saves on the day. Nadia Nadim made her debut for Racing Louisville off the bench in the second half and came close to scoring in her debut.

Staab’s header off a corner kick was the goal that broke Racing, who had held close in this game. Hatch nearly scored a second, in the second half, when she smashed her right-footed shot off the underside of the crossbar. Washington has been up and down this season, but gets back on track with an important three points on the road.