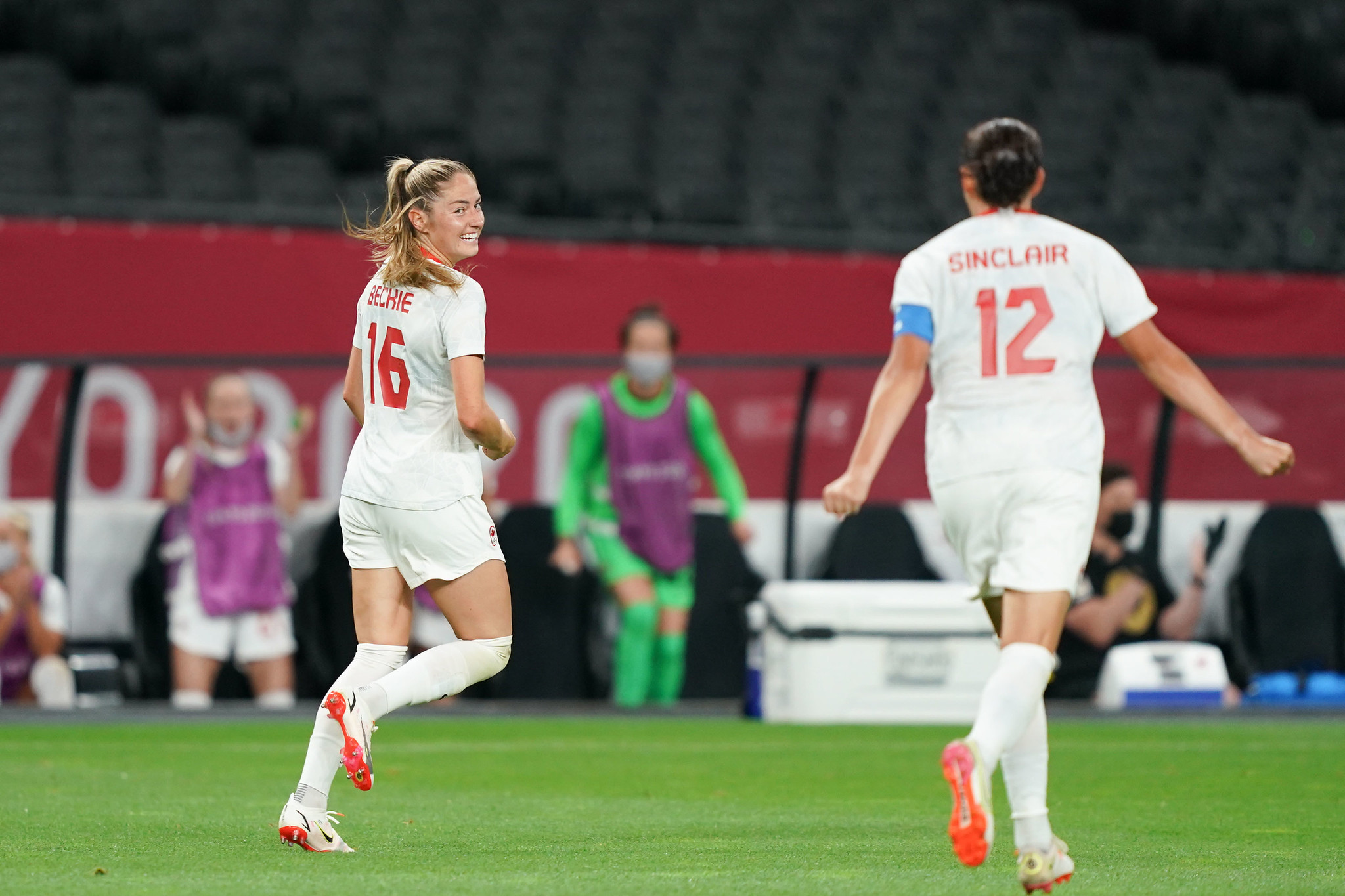 Matchday 2 at the Olympics is when teams start to separate themselves. Here’s a recap of what went down on Saturday in Tokyo.

The United States bounced back from a brutal 3-0 loss to Sweden in Wednesday’s opener with a 6-1 victory over New Zealand. Rose Lavelle opened the scoring nine minutes into the match, finishing a combination between Carli Lloyd, Lindsey Horan and Tobin Heath which saw the U.S. attack straight up the middle.

Horan doubled the lead off a corner kick moments before halftime. The U.S. had, to that point, had four would-be goals called offside, and New Zealand looked like it might get to the break only down a goal. Horan made sure otherwise.

Christen Press and Alex Morgan each added goals off the bench in the second half, and New Zealand suffered two own goals to round out the six. The Americans will be disappointed with how they gave up the goal to New Zealand, however, with Abby Dahlkemper shanking a clearance leading to an off chance for New Zealand. Betsy Hassett scored the goal.

U.S. coach Vlatko Andonovski made five changes to his starting lineup from the loss to Sweden, inserting Lloyd, Megan Rapinoe, Tierna Davidson, Emily Sonnett and Julie Ertz into the lineup.

It was a yo-yo of a game between Group F’s heavyweights, and it did not disappoint. Vivianne Miedema scored twice for the Dutch, but Brazil answered shortly after each tally — once through Debinha and again via a Marta penalty kick. Ludmila then gave Brazil the lead in the 68th minute, intercepting a poor Netherlands back-pass and rounding Barbara for the finish.

Dutch defender Dominique Janssen had the final say, however, burying a stunning free kick into the top corner to pull the Netherlands back to 3-3, which is how it ended.

Combined with the 4-4 draw between Zambia and China on Saturday (see below), Group F has seen 32 goals scored across four games so far.

Sweden clinched a spot in the knockout round, and almost certainly first place in Group G, with a 4-2 victory over Australia. Fridolina Rolfo scored twice and Stina Blackstenius added another, giving them two and three goals each, respectively, at the tournament. Blackstenius scored twice in Wednesday’s 3-0 win over the United States. She added her goal on Saturday in the 82nd minute, off the bench, but left the game minutes later with an apparent ankle injury.

Australia led briefly when Sam Kerr’s second goal of the game gave the Matildas the lead three minutes after the halftime break, but Lina Hurtig equalized four minutes later to make it 2-2, and Sweden surged from there. Rolfo’s eventual game-winner was a spectacular hit from distance.

Australia sits on three points heading into the final group match, against the United States on Tuesday. Three points might be enough to advance as a third-place team.

In a word, it was wild. Wang Shuang scored all four goals for China, and Barbra Banda scored a hat trick for the second straight match for Zambia, who earned their first points at a major tournament with the draw.

China finished the match with 10 players after Li Qingtong was sent off late. Both Wang Shuang and Banda scored a penalty each in their tallies. China led 3-1 after 23 minutes. Racheal Kundananji scored the opening goal for Zambia.

Ellen White scored her third goal in two games — and has all three of Great Britain’s goals in the tournament — to boost her side to a huge, 1-0 win over Japan. The hosts are stuck on 1 point heading into Tuesday’s group finale against Chile, which will require them to earn points in order to advance.

Canada held off Chile for a needed 2-1 victory in Group E. Janine Beckie scored both goals from open play, but the Canadians did not make it easy on themselves.

Beckie missed a penalty kick in the first half, with the match still scoreless, after Christine Sinclair was confirmed to have been fouled in the box following video review. Beckie would score the opener shortly after that, however, to put Canada ahead at the break.

She scored again two minutes after halftime, but Karen Araya finished her spot-kick in the 57th minute, after Shelina Zadorsky’s sloppy foul in the box, and Chile nearly equalized some 15 minutes later but was denied by the crossbar.