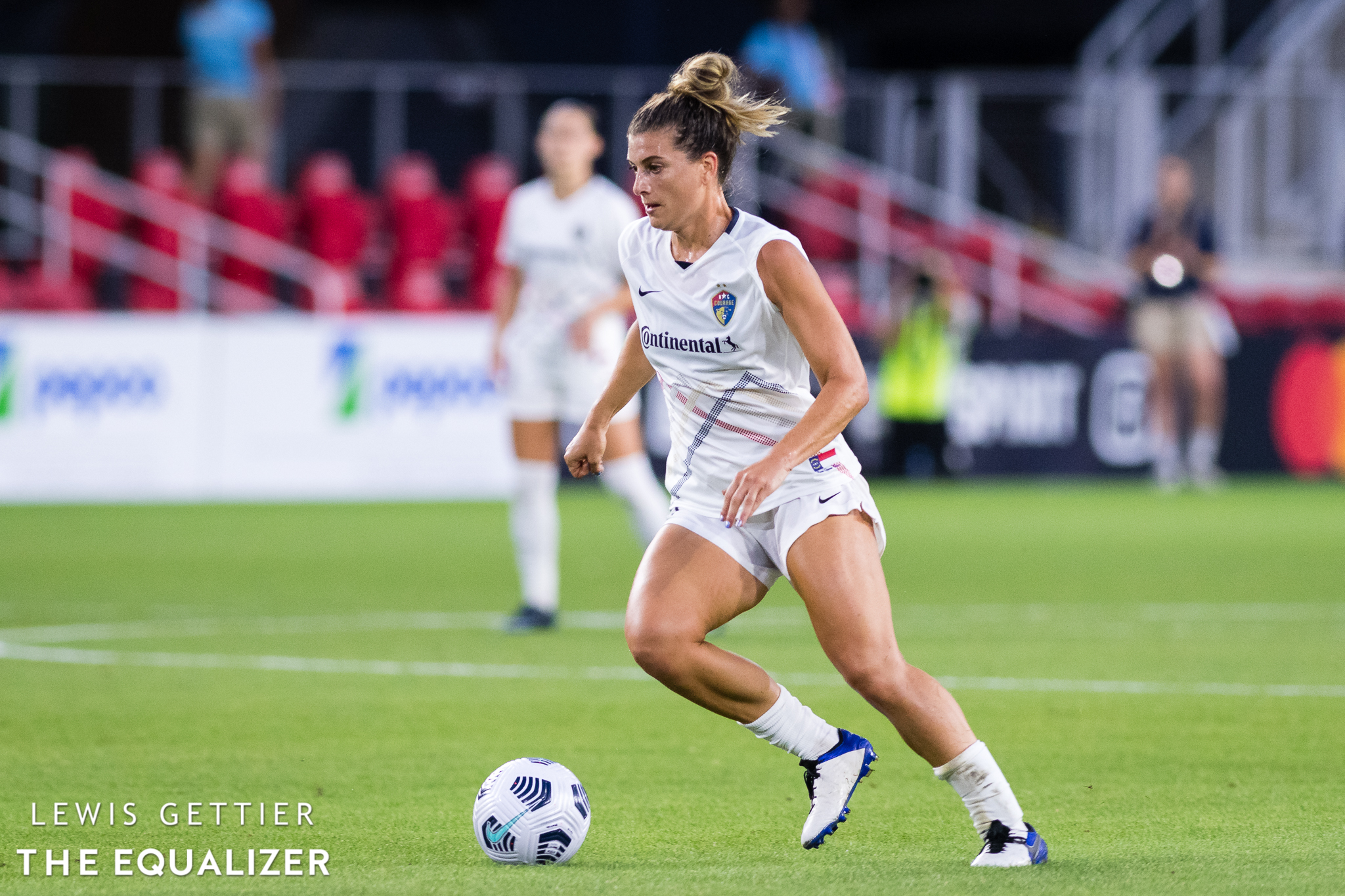 The Skinny: Just one day after announcing the big trade that sent Amy Rodriguez to the Courage, in exchange for Hailie Mace, Kristen Hamilton, and Katelyn Rowland, the two teams faced off in Kansas City. City’s three new players had one day to train with their new team while Rodriguez only met her new teammates in the hotel this morning. In addition, the Courage only had four players available off the bench, their side severely depleted due to positive covid cases and the ensuing protocols. The home team controlled a lot of the match, limiting North Carolina to just one shot on target. That one shot was the best chance of the match 29′, when Taylor Smith had a wide open net but Kristen Edmonds made the recovery to clear the shot off the line. It was an uncharacteristically poor match from the visitors but Kansas failed to make them pay on any of their fourteen shots, five on target. With about 25 minutes left, the KC offense turned it up an extra gear, buoyed by the introduction of newly acquired Mace. The 2019, second overall pick brought a lot of energy to the attack, including their best chance of the night when she ran in behind down the left side 86′ but Casey Murphy got a hand to it to prevent a winner.

One Key Moment: This chance by Mace was an incredible opportunity to get a first win of the season for KC. It was well saved by Murphy, but with so many quality chances these need to be put away. You can’t win games if you can’t score (obviously unless you use some weird magic to benefit from a bunch of own goals…). Regardless, Mace and Hamilton could do a lot to improve their new team’s offense with proper time to acclimate.

Inside the Game: Kansas City has many talented players on their roster, but something is just not clicking over there. Granted, Mace and Hamilton had virtually no time to gel with their new teammates, but the players who have been their don’t look together either. Kiki Pickett has been a bright spot for the backline though, winning balls, bringing defensive grit as well as quality long distribution out of the back. City were also missing several players to injury/illness but there needs to be more cohesion within the team and particularly in between the lines.