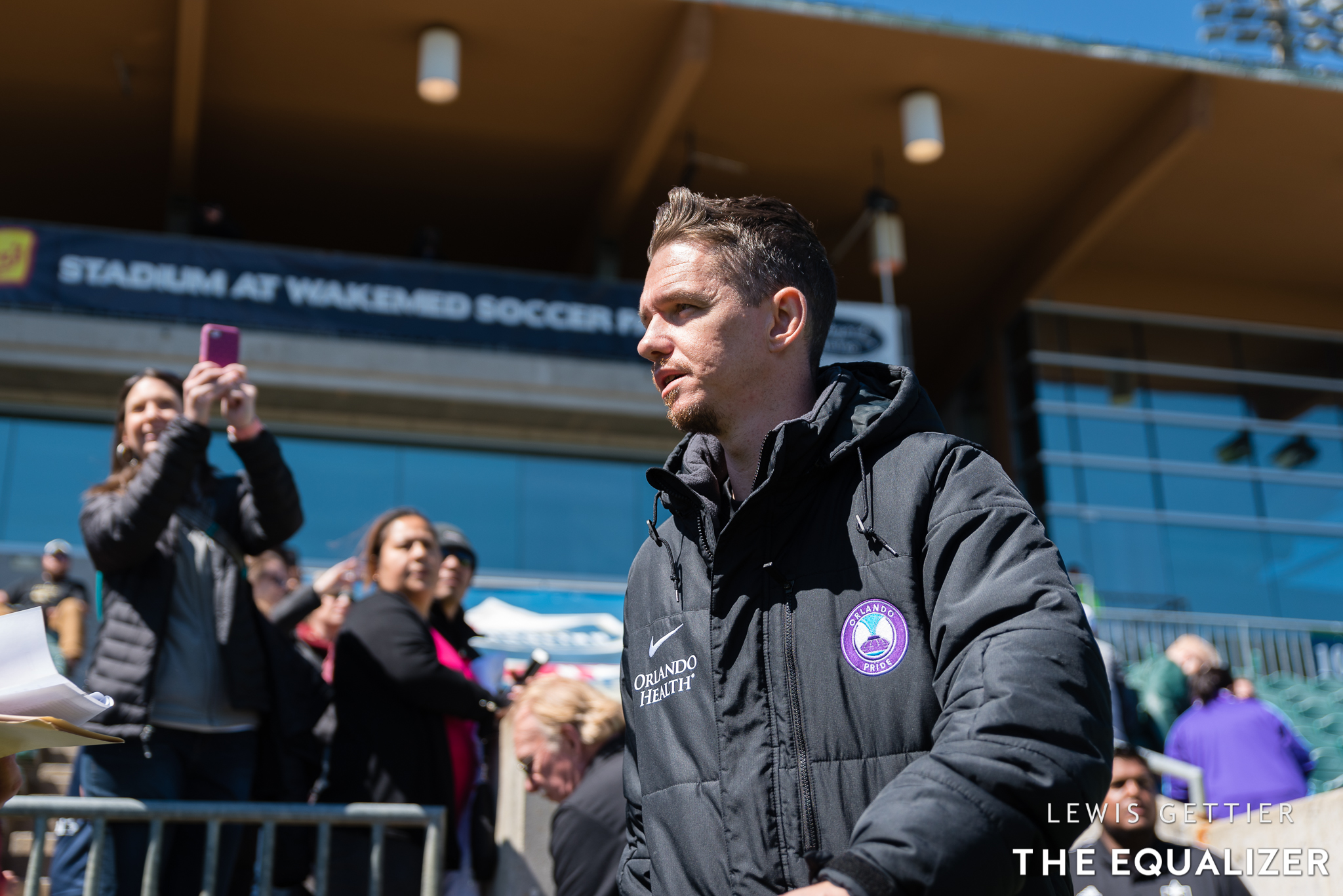 Marc Skinner has stepped down as head coach of the Orlando Pride. Skinner was hired to lead the Pride in 2019 and was in the middle of his best start with the club. He has been heavily linked to the Manchester United head-coaching job.

Orlando is 4-3-4 so far this National Women’s Soccer League season, its best start under Skinner. For a period of the 2021 season, Orlando sat on top of the table in first place. Now, after four-straight matches without a win — three losses, one draw — the Pride are sitting in fifth place.

Orlando also announced that, in addition to Skinner’s departure, assistant Carl Green will be leaving the team. However, Green’s last game will be Saturday against OL Reign as interim head coach, while Skinner’s departure was immediate.

The news comes as Skinner has been linked to the Manchester United job, which was vacant after Casey Stoney left United and joined San Diego’s 2022 NWSL expansion team as its first-ever manager. In the club’s press release, the Pride said that Skinner will “pursue a coaching opportunity outside of the National Women’s Soccer League.” Back in England, Skinner would be reunited with his partner, Laura Bassett, and daughter.

“I am immensely proud to have been the head coach of Orlando Pride. I want to thank the players, staff and club for all of their efforts in creating a culture worthy of this city and state,” Skinner said in a statement. “To the fans, I thank you for being patient whilst we grew together. You will continue to drive this team to achieve the heights that you all deserve. I have no doubt that this club will go from strength to strength with the new ownership in place and the values that the team have worked hard to develop. Although I will be watching from afar, the iconic purple team will always remain close to my heart. For the final time, Vamos Orlando.”

“I have tremendous gratitude and appreciation for the vision Marc and Carl brought to the Orlando Pride and I thank them for their commitment to the Club and the players during their time in Orlando,” Duffy said. “Under Marc’s guidance, the Pride have become a better team and a better organization, with a foundation in place for the continuation of a winning culture.”

The Pride will retain assistant coach Seb Hines and goalkeeper coach Lloyd Yaxley. However, no interim coach has been named. The Pride face off with OL Reign at Exploria Stadium at 7 p.m. ET on Saturday night with Green leading the way one more time.

Orlando cited that a search for the next head coach is underway.