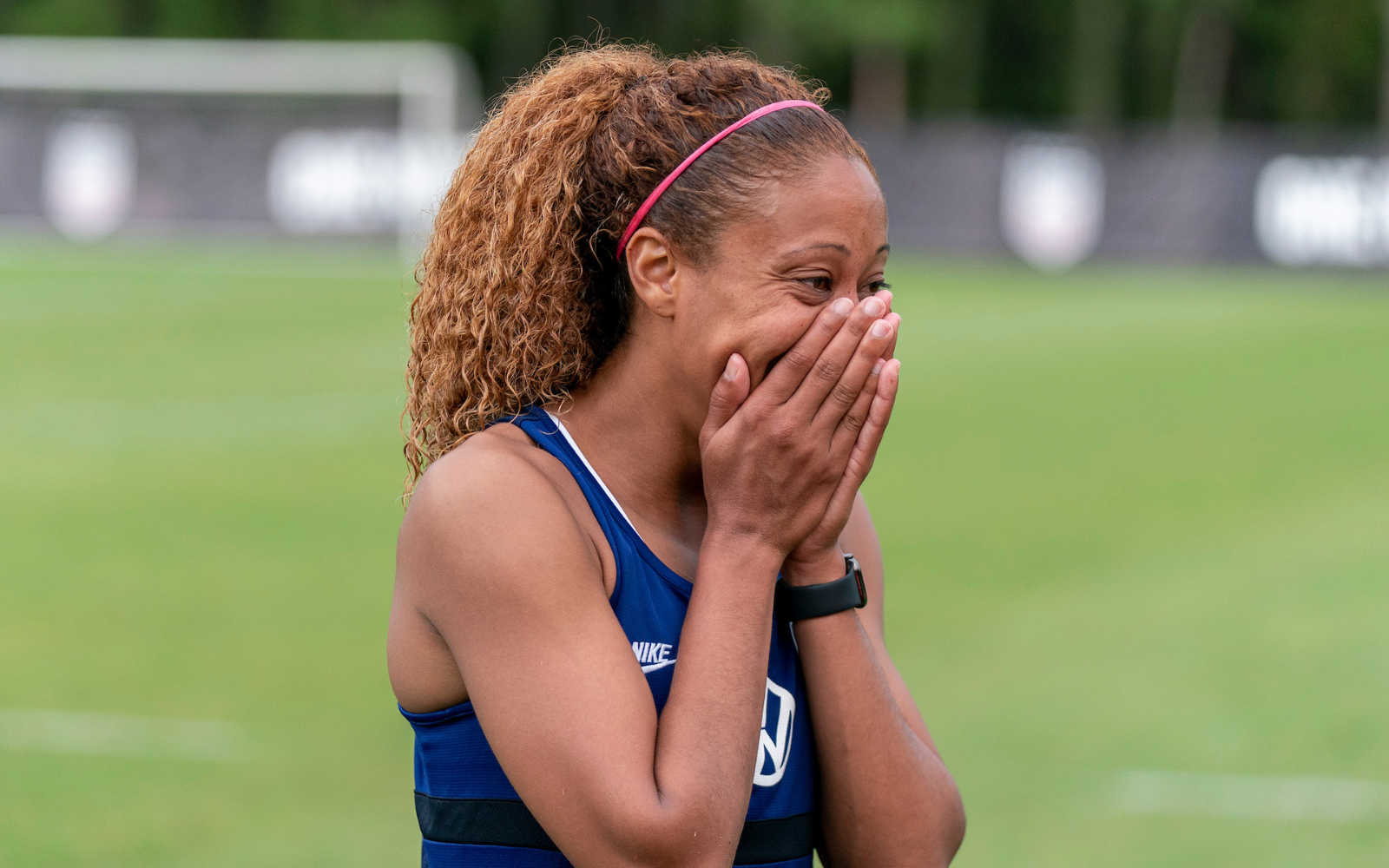 Having missed five of the last six United States women’s national team training camps leading up to the Olympic roster announcement, Casey Krueger (née Short) had been dismissed as a possibility for Tokyo by just about everyone outside the team.

But when head coach Vlatko Andonovski announced his list and Krueger’s name was on it, one person who was not surprised at all was her long-time Chicago Red Stars teammate, Arin Wright.

“It’s funny because I sat down with her earlier in the season,” Wright told The Equalizer. “We were thinking about who was going to be gone for the Olympics and I remember we were sitting there and I said, ‘I really have a feeling. I don’t think you’re going to be here [in Chicago], so we really need to be thinking about what we’re going to do with the backline.”

Throughout Krueger’s career, the path to success has always been a bumpy one.

Access the best women’s soccer coverage all year long
Start your FREE, 7-day trial of The Equalizer Extra for industry-leading reporting and insight on the USWNT, NWSL and beyond.
Subscribe
Existing Users Sign In Here
Related TopicsCasey KruegerCasey ShortExtraFeatured