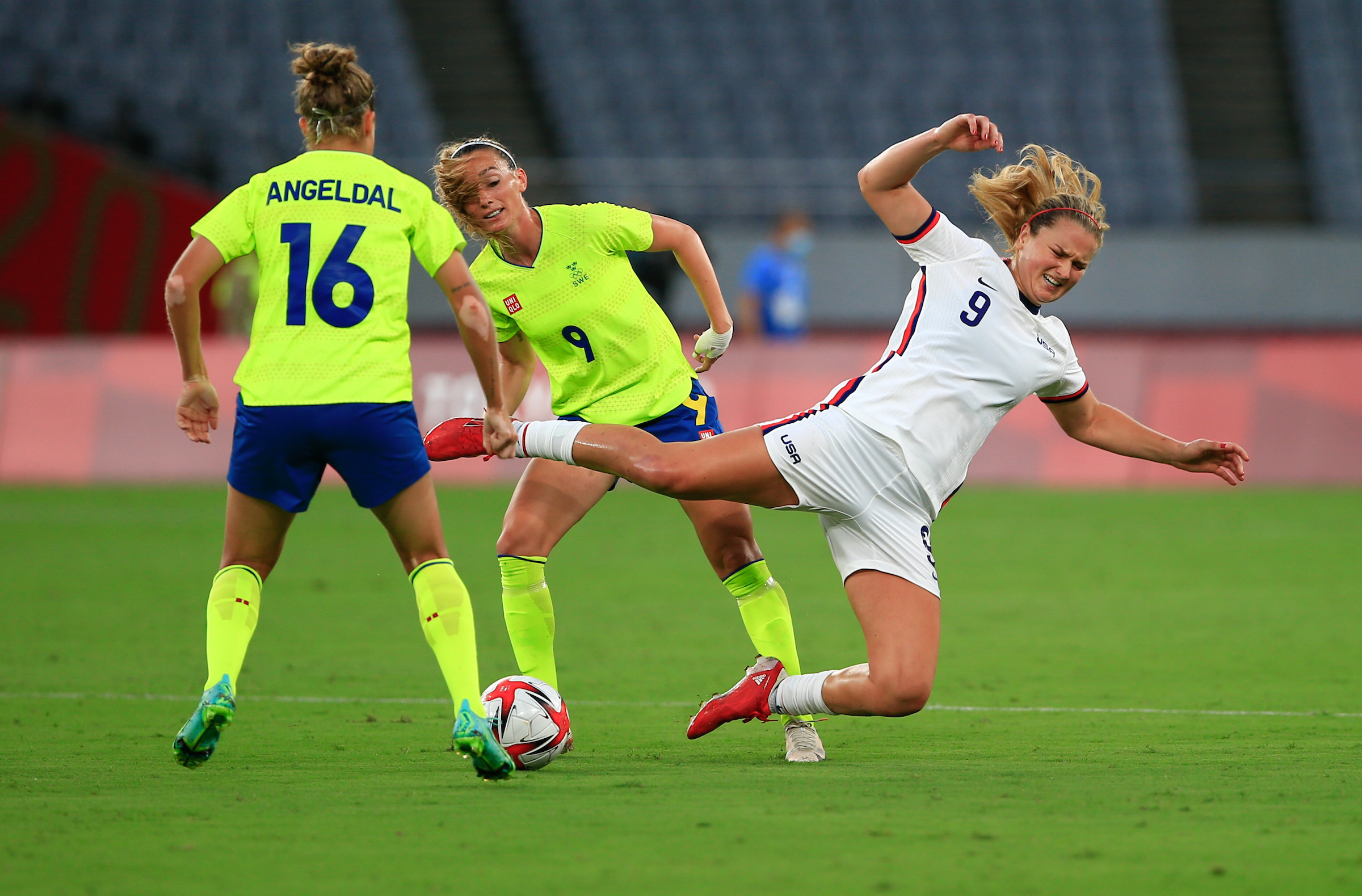 The United States women’s national team dropped their opening match of the Tokyo Olympics on Wednesday, losing 3-0 to Sweden.

From the start, Sweden’s offense pried open the American defense on repeated occasions while their defensive pressure suffocated the U.S. attack, leading them to the decisive win on the back of a brace from Stina Blackstenius and a final tally from Lina Hurtig.

Here’s how they did it.

Early in the first half, it became obvious that the Swedes had no intention of allowing the U.S. to build from the back. In just the 7th minute of play, they forced their first notable turnover by stifling Becky Sauerbrunn deep in her own end of play. Normally, a center back can get out of trouble fairly easily by finding their center back counterpart, strong side outside back, or their defensive midfielder. But, as seen below, Sweden has cut off all of those options.

Access the best women’s soccer coverage all year long
Start your FREE, 7-day trial of The Equalizer Extra for industry-leading reporting and insight on the USWNT, NWSL and beyond.
Subscribe
Existing Users Sign In Here
Related TopicsExtraFeaturedSweden