Liga MX Femenil, Apertura Week 1: Alison Gonzalez picks up where she left off 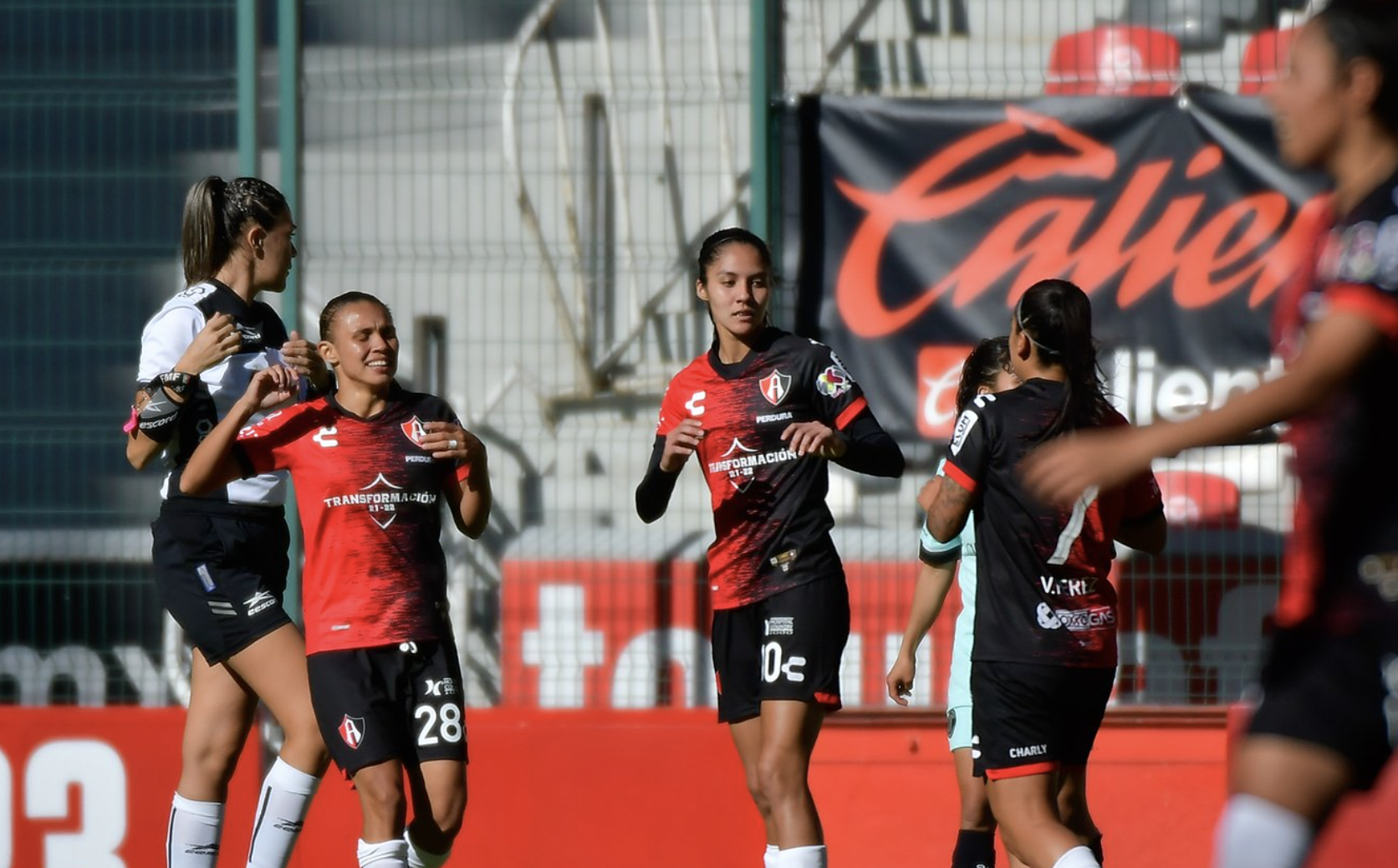 Alison Gonzalez led the league in scoring, and she picked up right where she left off. Here’s what happened during the first week of Liga MX Femenil Apertura action of the 2021-22 season.

Alison Gonzalez didn’t waste any time picking up from where she left off last Clausura season. Gonzalez scored three goals, netting a hat-trick, in the opening Apertura match for Atlas, in a victory over Toluca on the road. Gonzalez not wasting time was a theme early, as she picked up an errant clearance from Toluca goalkeeper Sandra Lozano and tapped it — literally — into goal from about 30 yards out.

Gonzalez then scored off a corner kick in the 20th minute, as the ball bounced around and fell to her at the far post, hitting it with her foot. To close the first half, Gonzalez scored in the 45th minute, going one-on-one with goalkeeper Lozano.

Toluca attempted to mount a comeback, as Destinney Duron — who played collegiate soccer at California State University Northridge — blasted a rocket from about 25 yards out past Atlas goalkeeper Ana Paz, toward the low corner of the net. In second-half stoppage time, 19-year-old Diana Guatemala scored off a high header off a corner kick. However, Toluca couldn’t muster up another chance to earn a point. Instead, Atlas went back home, three points in hand.

To the surprise of no one in Liga MX Femenil, Gonzalez leads the league in goals with three.

Last season, Puebla finished in a disappointing 16th place. It’s early, and too many conclusions shouldn’t be drawn from the first couple weeks of Apertura play, however it’s a positive for Puebla to earn three points and score three goals against Club León.

Anisa Guajardo, who hails from Fresno, California, scored first for the visitors, Club León. However, Guajardo’s rebound goal — and she rebounded herself after initially attempting a header — was the lone goal for Club León. Puebla, undeterred, went on a tear after going down early. All of Puebla’s goals were scored in the second half, within 10 minutes.

Kicking things off in the 54th minute was Jessica Tenorio’s header past León goalkeeper Maria Martinez. Two minutes later, Mariana Ramos used her head and back, turning so she didn’t make contact with the goalkeeper, to send the ball into net. Finally, in the 63rd minute, Ivonne Najar curled her shot after edging out her defender.

Puebla has confidence heading into the second week. While too much can’t be taken away from the first week of action, momentum is what clubs that finished toward the bottom of the Clausura table need.

The defending Apertura and Clausura champions took on Mazatlán in the first week of action. Mazatlán missed out on the playoffs in the spring, and got a difficult pairing in the first week. Tigres took all three points and they scored two goals at home.

Captain Sandra Mayor kicked off the scoring early in the 6th minute. Mayor scored inside the box after putting the ball to the ground with her chest, keeping control with two defenders around her. Jana Gutierrez scored in the second half, sealing three points after finding herself wide open in the goal-area, right in front of Maria Tarango.

Tigres is a team filled with stars and immense talent. They have another favorable match up next week again when they take on Club León.

Michelle Gonzalez scored a brace in Chivas’ clinic against Atlético San Luis on Monday night. Chivas put up a staggering five goals against San Luis, with four different goal-scorers. Two of the five goals came in the first half and last year’s Clausura runner’s up jolted to the top of the table with the performance.

Carolina Jaramillo scored the first goal in the 18th minute — after narrowly staying onside. Jaramillio ended up going one-on-one with goalkeeper Stefani Jimenez, blasting her shot into the upper corner of the net. The first half was rounded out with Gonzalez scoring her first of two, heading in a free kick past Jimenez.

In the second half, Chivas striker Alicia Cervantes took only three minutes to score, on another one-on-one with the goalkeeper. Cervantes was behind Alison Gonzalez of Atlas on the scoring leader board during the spring season. Joseline Montoya scored the fourth goal for Chivas on a header, after a picture-perfect cross from Diana Rodriguez.

The fifth and final goal came from Gonzalez on a corner kick, sending her header from the near post to the far end of the net.

Chivas gave Tigres a run for their money for the first place spot in the Clausura season. Could this be the season where Chivas finally dethrones Tigres from the top?