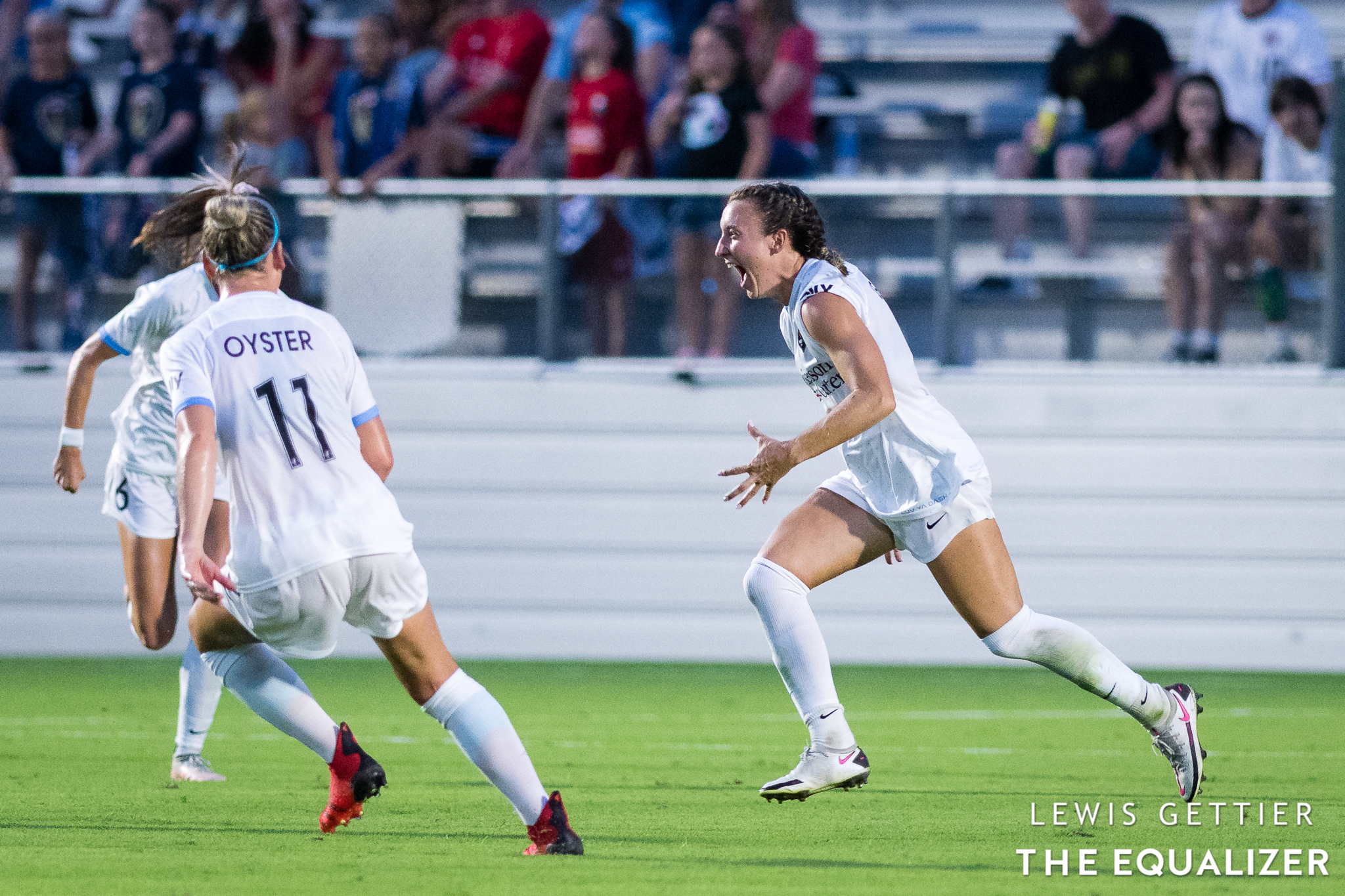 The Skinny: The North Carolina Courage were handed their second loss in a row on Saturday evening, as they fell to the Houston Dash 2-1 at home. Houston opened the scoring in the 9th minute – against the run of play – when Veronica Latsko stole the ball from the Courage, who were lazily passing it around the back. Latsko delivered it through to Shea Groom, who calmly slotted it under Courage keeper Casey Murphy. But the Courage equalized shortly after when the Dash made a defensive mistake of their own. In the 16th minute, Merritt Mathias served in a low cross from the right wing that Houston could not clear. The ball deflected off of two Dash defenders, before falling to Kristen Hamilton who finished past keeper Lindsey Harris. But in the second half, the Dash pulled ahead, through a clever free kick by Gabby Seiler. Jessica McDonald had a late chance to equalize for North Carolina, but her shot hit the crossbar and was cleared to safety.

One Key Moment: Seiler’s fantastic free kick deserves multiple watches. It’s rare to see a set-piece as well-executed as Seiler’s, one that was clearly thought up and practiced on the training ground. Up and over the wall (that probably should have done better) for the Dash win.

Inside the Game: It’s year nine of the National Women’s Soccer League and we just might be witnessing the league’s most competitive season yet. After Saturday, there are now four teams – Houston, North Carolina, Orlando, and Portland – at the top of the standings, each with 16 points (though Portland has a game in hand). Though the Courage clearly came out as the better side, the Dash settled in after conceding. It was a match of very few clear cut chances – just three shots on goal for either side – and that was by design for the Dash, who picked their moments to defend, or press and go forward well, not exposing themselves to North Carolina’s counter. For Houston, it was the first time they’ve gotten a result in North Carolina, while the home side was served their second loss in a row – which has not happened since May of 2017.