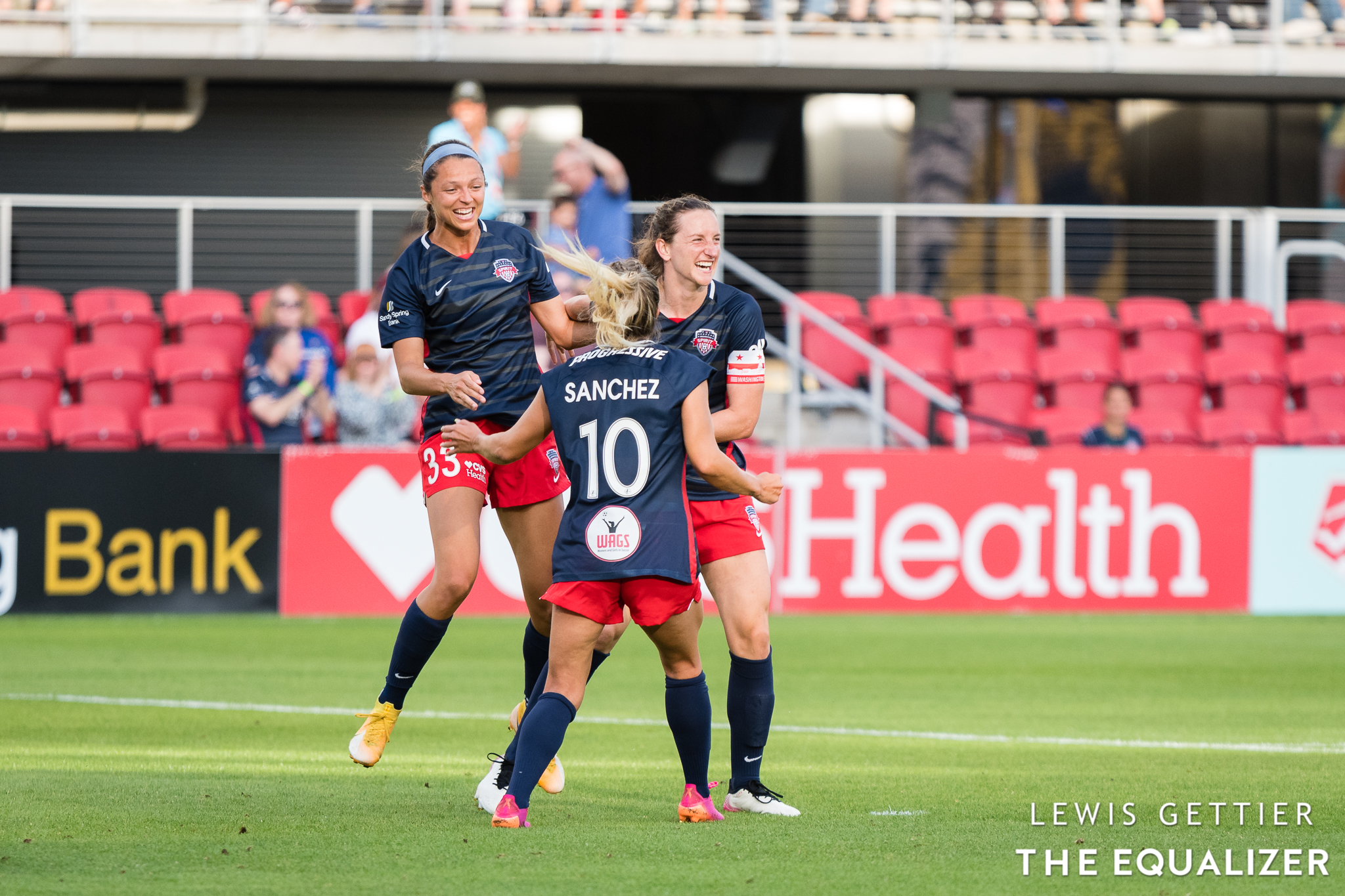 The Skinny: North Carolina may still sit atop the standings but Washington dominated them for all three points. The Courage usually struggle when their internationals leave, but without Debinha, Sam Mewis, and Lynn Williams they struggled especially offensively. So much so that their two best chances on goal came from center back Abby Erceg. Meanwhile, the Spirit put in one of their best 90 minute team performances this season to jump into fourth place in the standings. Every player contributed for the Spirit and played really well, with the standout performer being Ashley Sanchez who was absolutely everywhere on both sides of the ball, cutting out passes in midfield and creating while dancing around defenders. Had it not been for top saves from Casey Murphy, Sanchez could have had a couple in this one, but the visiting keeper had a strong performance despite the scoreline.

The Spirit stuck to their usual game plan of playing out of the back, but they managed to execute this plan particularly well. They had a high passing accuracy and a majority of the possession, partly due to their avoidance of the center circle area. The home team deliberately made a lot of their passes along the backline and up the sidelines in order to completely go around the, usually very effective, box midfield of North Carolina. This build up play along the outside paid off early when Tegan McGrady helped move the ball up and then received it high up, able to send in a terrific lofted cross that Murphy and her defense barely missed, and it fell right to the foot of Ashley Hatch who just had to tap it home. Another thing the Spirit did really well was put constant pressure on their opponents, not allowing them to build an offensive rhythm, especially in the midfield. This also paid off, in first half stoppage when Sullivan cut off a Courage pass and led the counterattack with Hatch to add an insurance goal. Washington continued to play like this throughout the game, limiting the Courage to just two shots and recording their first ever shutout against the team in 12 matches played.

One Key Moment: The execution on this counterattack was perfection. Calm collected play from both Andi Sullivan and Ashley Hatch, finished clinically. Nothing else needs to be said.

Inside the Game: Head coach Richie Burke’s game plan coming into this match could not have been executed much better, but the center back pairing of Paige Nielsen and Sam Staab were defenders who made their mark. The whole back line played well but those two in particular stood out for how well they shut down North Carolina’s attack and cleared balls. Its not as if the Courage played very poor, but Kristen Hamilton and Hailie Mace were no match for the Washington defense, only Jess McDonald and Erceg looked dangerous for the visitors. Special shout out to Aubrey Bledsoe who played with a broken thumb and made two huge saves when her team needed it, preserving a well earned shutout.