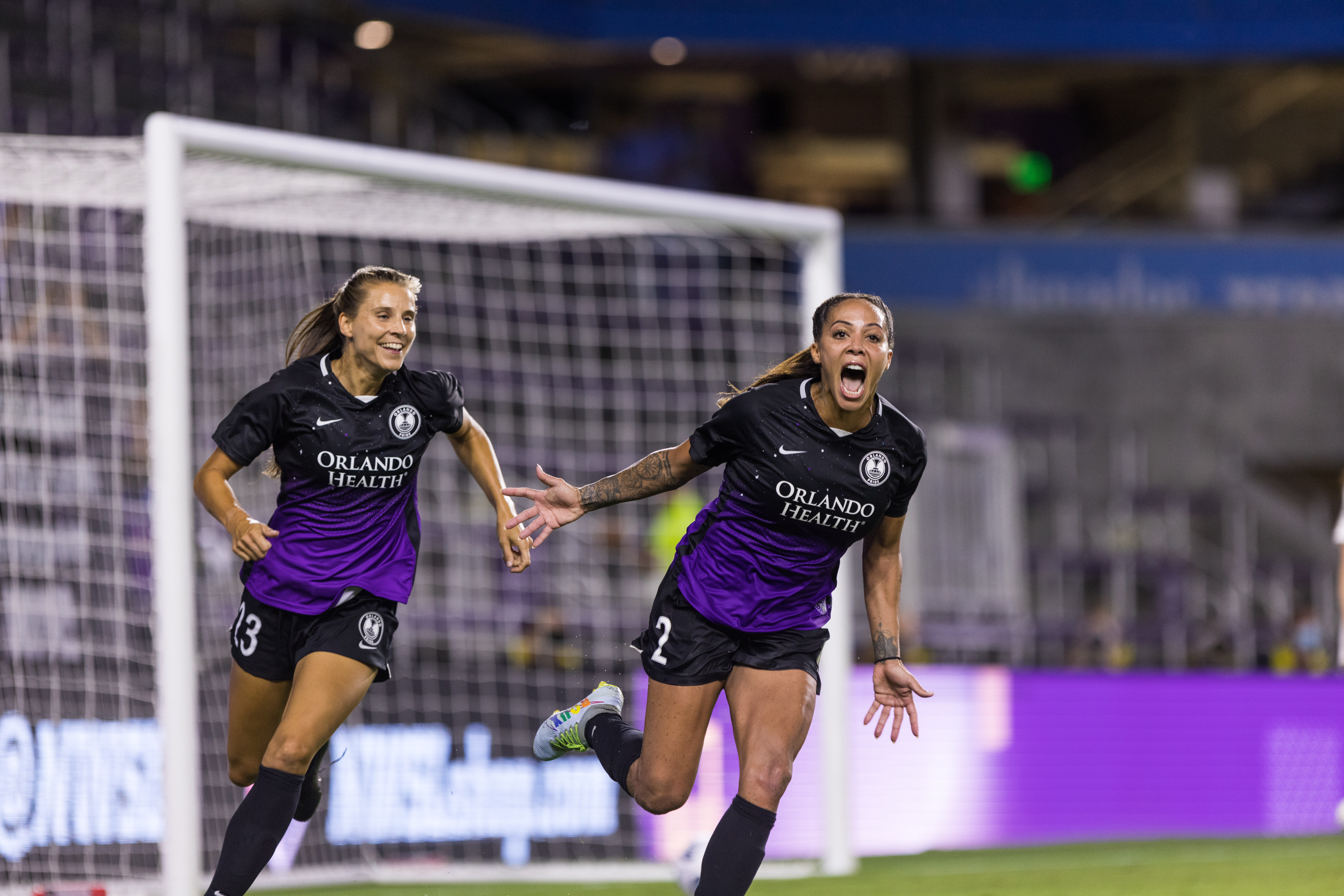 To get a weekend, on which all ten teams are playing, started, Racing Louisville visited the Orlando Pride.

The Skinny: It’s fair to say that Orlando did not look like they were going to be taking home any points tonight, especially as the game wore on. The Pride only registered 3 shots, all off target, the first half, and the players weren’t clicking. Granted, Louisville didn’t register more shots, but their one on target 21′ was a goal. A majority of this game was played in the midfield, without the need for two of the top performing goalkeepers this season. It was pretty even in terms of possession and other statistics but goal scoring chance creation was weak on both sides, so once Louisville took the lead, they didn’t look in huge danger of losing it. The visitors took the lead thanks to Ebony Salmon whose individual effort and skill to lose Ali Krieger and finish past the veterans was fantastic. It was also clean and efficient build up play along the right side that started from the defense, with Cece Kizer providing the assist with a well weighted ball in behind. After the goal both teams looked somewhat disjointed and no clear chances were created.

The entire match was also very physical and full of fouls, further preventing either team from building momentum or cohesion. Orlando started to push extra hard starting around 60′ when subs began coming in, but it still didn’t look good enough. Louisville halfheartedly looked for a second goal and then when stoppage time came decided to try and run out the clock in the corners. Orlando kept looking for long balls that were easily cut out and it looked like it would be a big three points for the visitors. But this proved to be a devastating error when Sydney Leroux scored the equalizer four minutes into second half stoppage. Thanks to the unrelenting effort of Leroux, the Pride got one point in front of their home fans.

One Key Moment: Sydney Leroux has to take the cake on this one. Despite her utter exhaustion from being very isolated up top and extensively tracking back defensively, Leroux refused to stop looking for a goal. Even the subs did not bring as much energy as the veteran 90 minutes in. Her effort and fire are the reason Orlando got even one point in this game. Ashlyn Harris may not be officially credited with the assist but her ball in, immediately after her attempt that was far too short, dropped in the perfect spot to be dangerous and confuse the defense. There was some miscommunication with Racing because either Michelle Betos should have come out or Julie Ashley needed to clear it, but Leroux stayed onside, able to wait for it to drop and put it past Betos.

Inside the Game: It feels like the Pride have a lot of quality pieces that haven’t figured out how to work together. There were glimpses of good passing play but too often players were left completely isolated with the ball at their feet, nowhere to go. In particular, they continue to struggle with getting their midfield involved to make connections between the lines.