One year in, Real Madrid is right on track 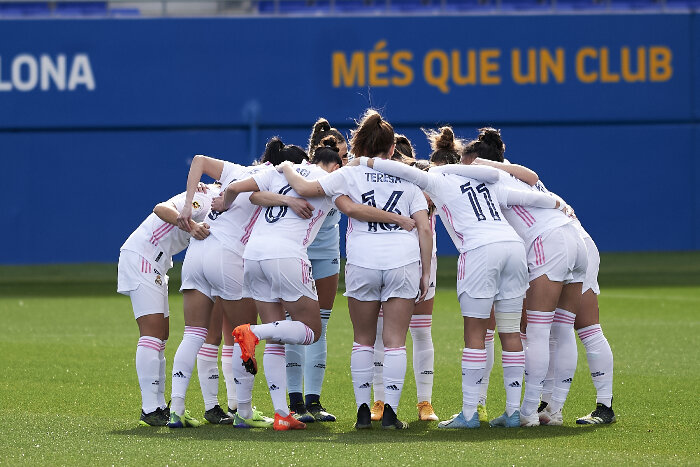 It has been one year now in the life of a most extraordinary new soccer team. A team called on to compete from day one, in a radically different environment against all-powerful champions, defending the glory of the badge on their shirts, and its 120 years of history.

That was the deal for the 22 players who agreed to join the first Real Madrid Club de Fútbol women’s roster. On one hand, the team was formed with high expectations, non-stop media scrutiny and fierce critique; on the other, it held the slim chance of everything going right and the opportunity to make history.

There is a telling anecdote that helps explain how seriously Real Madrid’s front office approached their first official season in the women’s game. For the whole year, only a couple of media appearances for their players would be permitted. No pre-match or post-match reaction with the press pool, no interviews apart from in-house media channels or national team camps. The message to the footballers was clear: put the full focus on performing and ignore the outside world. It’s better to make mistakes on the pitch than create a media crisis because of an unfortunate phrase on TV.

There lies a core part of the Real Madrid essence: planning your defensive move ahead, because sooner or later the storm will touch land. It was right on time for their women’s side, in the shape of a category 5 hurricane by the name FC Barcelona Femení, on the very first day of Primera Iberdrola.

A 0-4 demolition at home followed, confirming that the great old rival was untouchable in the land of women’s soccer, and raising philosophical questions: Did it make sense for Real to enter a competition knowing it would be impossible for them to win it? How do you get your fan base on board in a situation where one of your core values – winning, second best is not enough – would be out of reach at least for a couple of years?

Access the best women’s soccer coverage all year long
Start your FREE, 7-day trial of The Equalizer Extra for industry-leading reporting and insight on the USWNT, NWSL and beyond.
Subscribe
Existing Users Sign In Here
Related TopicsExtraFeaturedReal Madrid

The Equalizer Podcast: Send Off Series
How Allie Long has improved Gotham’s midfield