USWNT 4, Mexico 0: Heath celebrates first start of 2021 with a goal 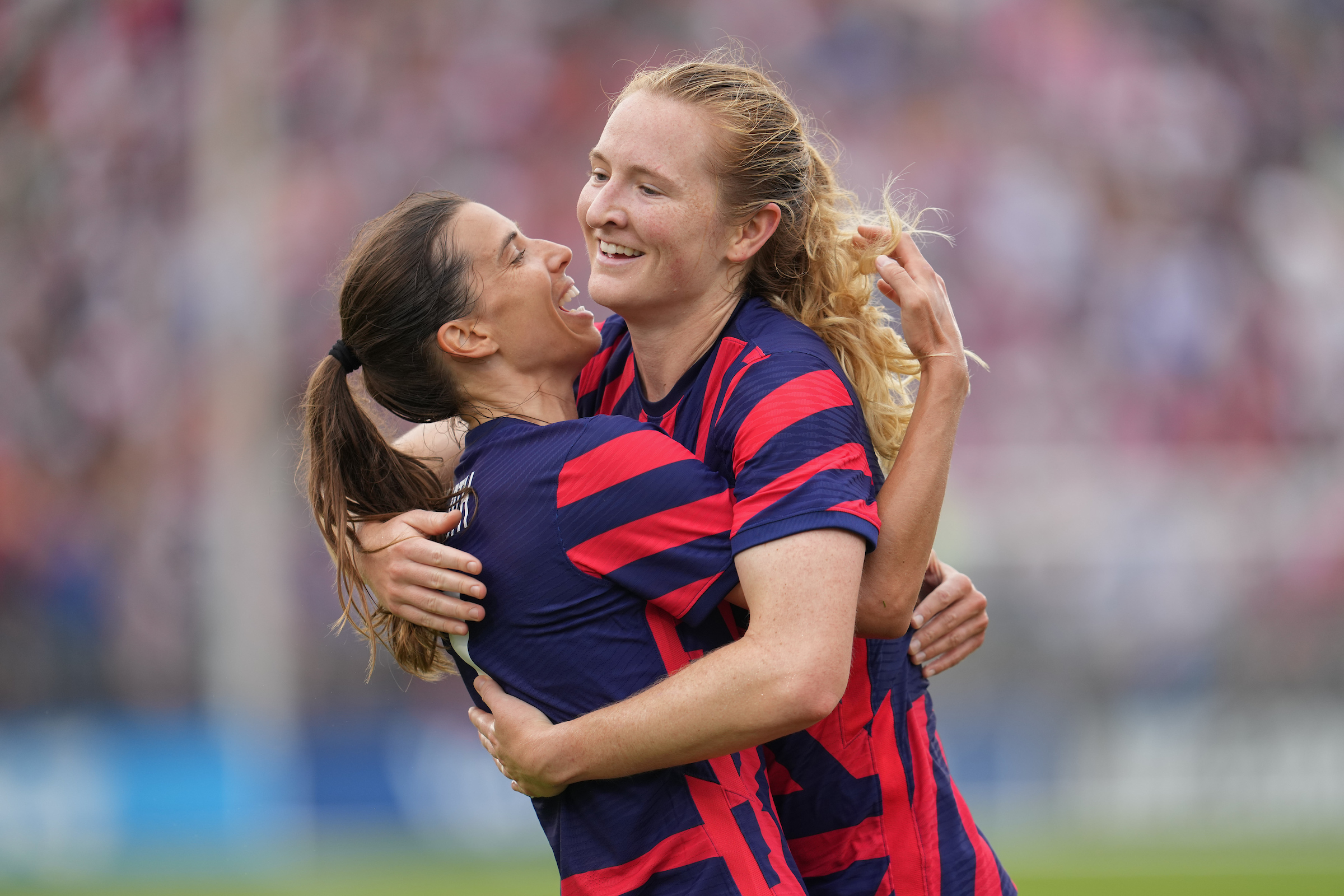 Tobin Heath made her first U.S. women’s national team start against Mexico in a 4-0 victory for the reigning World Cup champions, marking her first start since November 2020.

The Skinny: It was all United States dominance in East Hartford. In the first half, the United States scored four goals, with the third goal coming off the hand of Reyna Reyes for an own-goal. It only took Lindsey Horan six minutes to strike first, with a volley inside the box over goalkeeper Itzel González. Carli Lloyd followed up a few minutes later with a diving header, which was assisted by Crystal Dunn. The goal marked her 126th tally in a U.S. shirt.

Christen Press thought she scored against Mexico once again — as she netted a goal on July 1 in the first of two matches in East Hartford against El Tri — but the ball hit off defender Reyna Reyes and into the Mexican goal. Tobin Heath kicked off the play by attempting to chip González, who got a hand on the ball and pushed it to the crossbar. Press was there for the rebound, but it was ruled an own goal.

Finally, Heath put the final nail in the coffin, closing out the first half with a left-footed strike inside the box and toward the far corner of the net.

One Key Moment: Horan’s goal took the most technical skill, but it’s hard to argue against Tobin Heath’s goal. Her strike in the 39th minute marks her second goal in two matches. Heath hadn’t played a game for club or country since January, but has not missed a beat since returning to the pitch. There were a lot of question marks when she was originally named to the 18-player Olympic roster — which has now expanded to 22 players. But, it looks like those questions can be put to rest.

Inside the Game: Mexico is not heading to the Olympics, but they are certainly a team to watch during the next FIFA Women’s World Cup qualifying cycle. With its first-ever woman head coach in Monica Vergara, Mexico is a young team, with some veteran presence mixed in. In fact, leading the way up top was 19-year-old Alison Gonzalez, who was the leading Liga MX Femenil goal scorer this past season.

As for the United States, plenty of rotation took place in the match for Vlatko Andonovski to get a good look at some players before heading out to Japan. Casey Krueger, Jane Campbell and Lynn Williams did not dress, after just recently arriving in East Hartford.

‘It was picture perfect’: Tobin Heath is back
More than goals: USWNT’s build-up play is key to success