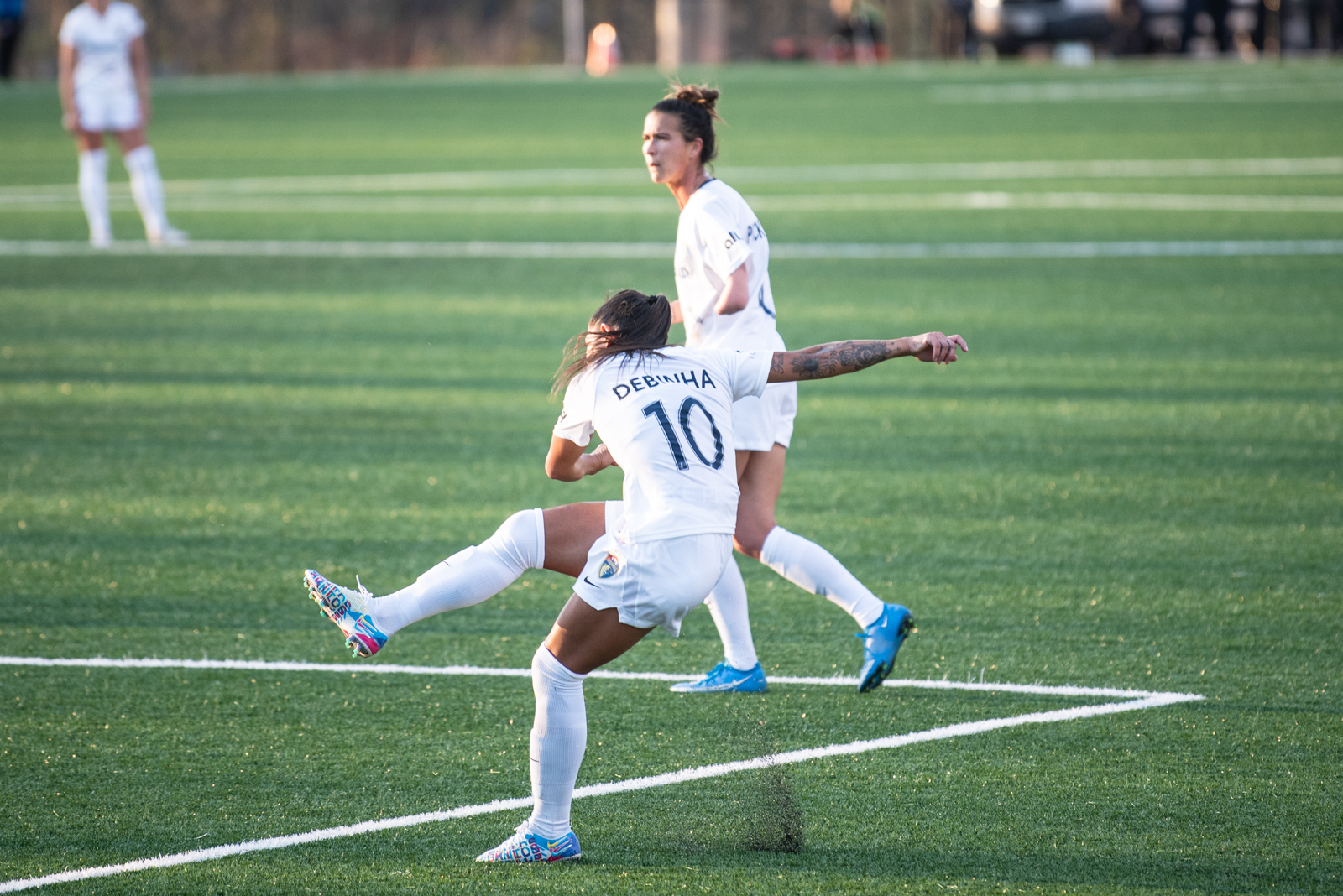 Only one match was played this Sunday on July 4th. It is the visiting Courage who take home all three points and the spot at the top of the table, moving the Pride down to second.

The Skinny: Orlando were hoping to get back to their winning ways at home but the offense count not produce enough to challenge North Carolina. The Pride started the game off with a flurry of good chances but it all disappeared as soon as Debinha opened the scoring in only the third minute. It was a sloppy pass that the Brazilian was able to pick off with plenty of space to drive at the defense and then calmly slot it low past Ashlyn Harris. From that point on the visitors controlled the first half, engaging a high press that made Orlando unable to play out from the back. Had it not been for numerous fantastic saves by Harris her side would’ve faced a much larger deficit at the break. In the 35′ Toni Pressley conceded a penalty kick but the Pride captain brilliantly saved Lynn Williams’ attempt. Just before halftime Orlando took another blow in the form of injury to Ali Krieger forcing an early substitution, bringing on Konya Plummer. Despite the scoreline, the sub and backline actually had a pretty good game but the North Carolina offense was better.

Orlando found their way into the game more in the second half, creating more chances and getting possession higher up the field. This was largely due to the midfield getting more involved with a full team press. Despite registering 6 of their 8 shots on target during the last 45, Casey Murphy had an equally impressive goalkeeping performance to Harris, making all 6 saves. Granted some of the attempts were right at the 6’1″ keeper but she also did well to prevent chances by coming out to grab crosses that weren’t good enough by Orlando to get past her. Havana Solaun scored a second goal for the visitors with 25 minutes to go, which left the Pride enough time to get back in it but they were unable to be clinical in the final third and really pressure the Courage.

One Key Moment: The second goal by North Carolina in this game was a really nice piece of counterattacking play. Angharad James picks this ball up in midfield and makes a pinpoint, very long, pass to find Williams in space. Williams drives at the defense and then plays a low cutback ball that Debinha just misses but the Courage have so many numbers forward that Jess McDonald was able to get it around the back post and then find a teammate in Solaun. The Jamaican international is given far too much time in the box, able to take two touches and shoot, but the upper 90 placement was just right to beat Harris. This is part of what makes North Carolina so dangerous, midfielders who make those late runs and score.

Inside the Game: If you watch highlights from this game it should be for one thing and this is the goalkeeping performances. While Harris conceded two goals she made roughly five top class saves in what has been her most consistent season performance so far in the NWSL. On the other side, Murphy made a similar number of high quality saves that earned her a well deserved clean sheet.