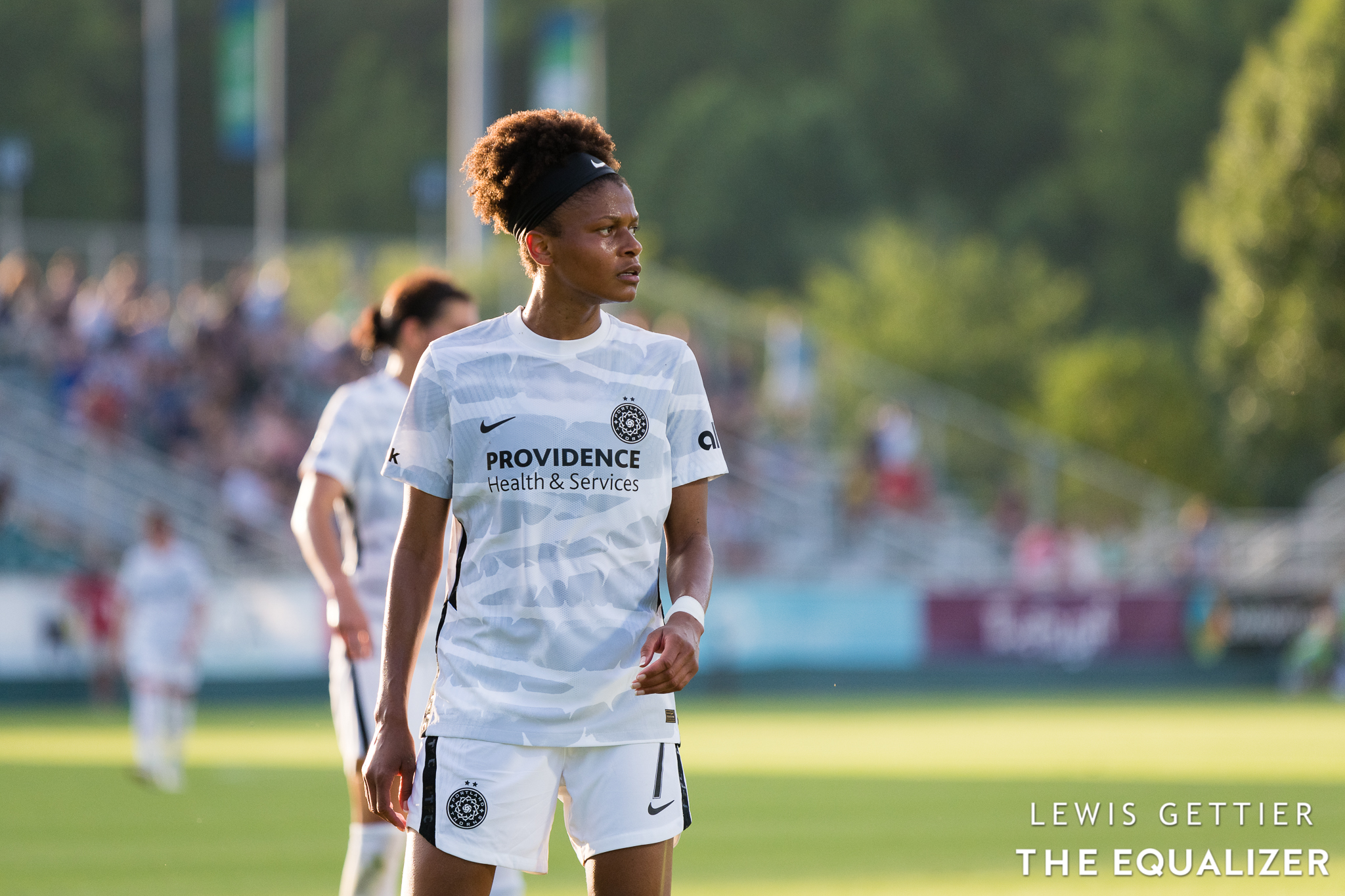 Olivia Moultrie made her debut in the National Women’s Soccer League, becoming the youngest player to ever feature in the league at 15-years-old, on Saturday night’s Portland Thorns 2-0 victory over Racing Louisville.

The Skinny: Moultrie is going to be the talk of the town, becoming the youngest player in the league. That honor was previously held by Washington Spirit forward Trinity Rodman, who debuted in the league at 18-years-old. However, the offensive prowess of the Portland Thorns cannot be ignored. In their first match without the Olympic-bound players, the Thorns put their foot on the gas at Lynn Family Stadium. Meanwhile, Racing Louisville had good attempts, but couldn’t quite muster anything past goalkeeper Bella Bixby.

Louisville’s roster is essentially untouched by the Olympics. While the team is still awaiting the arrival of Nadia Nadim from Europe, Louisville has their full roster at its disposal. They have an advantage there that not many NWSL teams have — and it’s an advantage they need to use in their favor.

Raquel Rodriguez got the Thorns on board in the 30th minute off a penalty kick. The kick was awarded after Yuki Nagasato, the Japanese World Cup winner, took down Rodriguez inside the box. In the 52nd minute, Simone Charley buried a header and took advantage of poor Racing marking on a corner kick.

One Key Moment: There were two goals, but the second one was pretty darn impressive. In the 52nd minute, Charley leapt up on a short corner kick play and perfectly sent a floating header into Michelle Betos’ goal. Charley now has three goals in nine matches in NWSL play. The team will rely on her, a veteran at only 26-years-old, during Olympics, with absences of Christine Sinclair and Lindsey Horan.

Inside the Game: Portland made Lynn Family Stadium their second home on Saturday night. The Thorns took 17 shots, with seven registering on goal, keeping Betos busy. Meanwhile, Racing had four shots on goal, all saved by Bixby, who is filling in while Adrianna Franch is with the U.S. women’s national team. Bixby had a strong showing last year before tearing her ACL. She seems to have picked up where she left off with Portland in her first game back.

When Moultrie entered the match, she slid in for Angela Salem, but played in a higher role than what the veteran midfielder plays.

Of note in the match, Racing head coach Christy Holly was given a yellow card by referee Karen Callado. He was not sent off or given a second yellow, though.