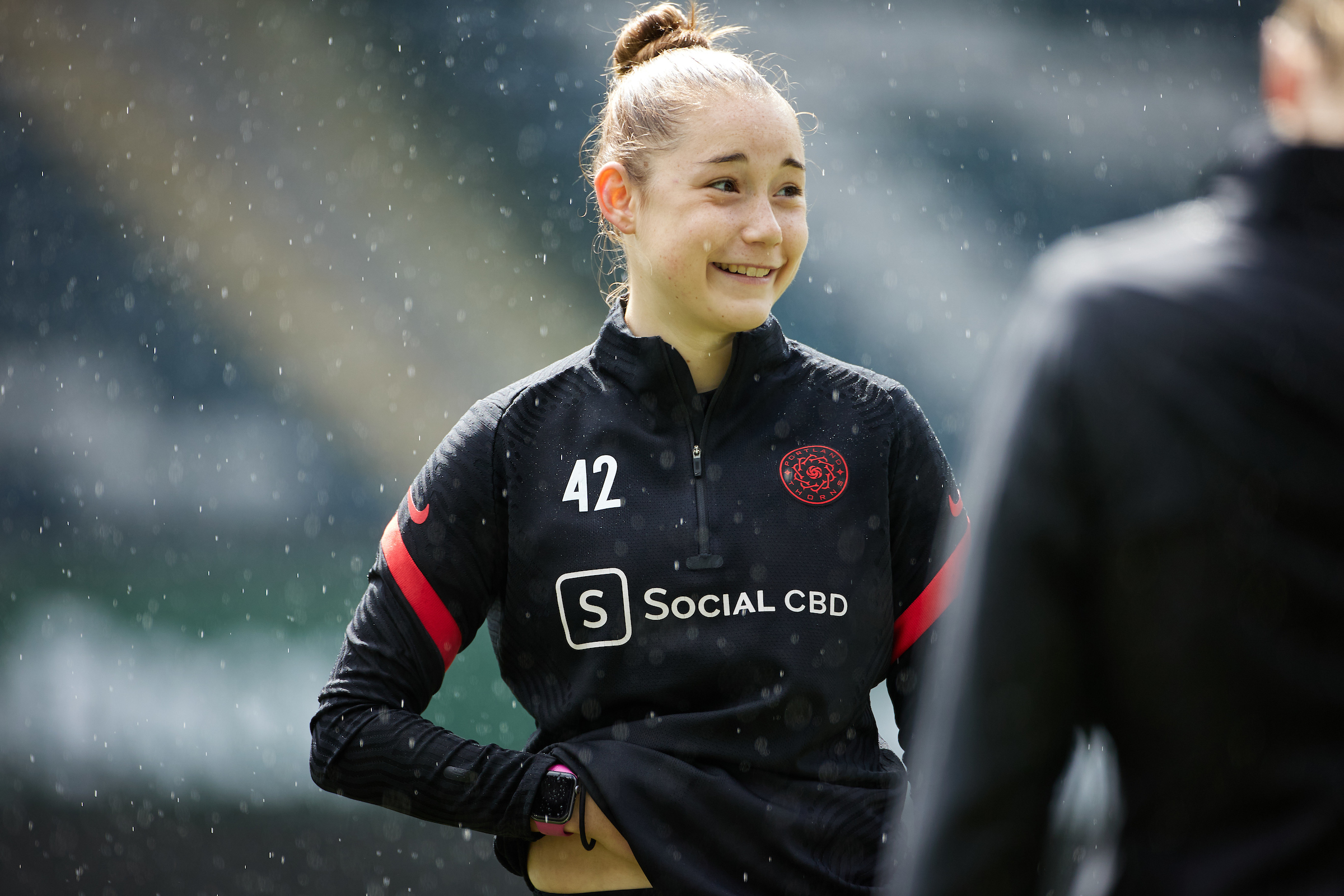 The Portland Thorns signed 15-year-old Olivia Moultrie to a three-year contract on Wednesday, the latest step in a months-long legal battle between Moultrie and the National Women’s Soccer League. Moultrie is the youngest player in league history. The three-year deal includes an option for a fourth year, which is the longest term currently allowed for NWSL contracts.

Moultrie sued the league in May for the right to sign a contract. She was granted a temporary restraining order against the NWSL’s 18-year-old age limit, and in June she was granted a preliminary injunction. The NWSL appealed the ruling and has maintained that an age limit should be determined in the ongoing collective bargaining negotiations with the NWSL Players Association.

“I’ve been waiting for this for a while,” Moultrie said in a video released by the Thorns. “As soon as I stepped foot in Portland in 2019, all I could think of was how excited I was for the day I was going to get to step in front of the Riveters [Thorns supporters group] and make my debut, and so I just can’t wait for that to be official. I’m just so excited.”

“This step is very important for Olivia,” Thorns FC head coach Mark Parsons said. “For this club to have the commitment and vision to sign a young, talented player that we really believe in is immense. Olivia has continued to grow and push forward throughout her time here and has taken every challenge and turned it into an opportunity.”

An NWSL spokesperson said that plans for employing a minor are now in place, but the league continues to believe that age requirements should be collectively bargained:

“After the development of a comprehensive minor player protection plan and execution of a SPA [standard player agreement], special addendum, and parent guaranty, the NWSL welcomed Olivia Moultrie into the league today. The NWSL continues to believe that age requirements for the league should be collectively bargained (as they are in other leagues) and those negotiations are ongoing.”

Moultrie moved to Portland at age 13 and began training with the Thorns senior team and playing for the club’s academy teams. She appeared in unofficial Thorns matches, in preseason, but was until now ineligible to sign with the league. (Moultrie’s contract, like all standard player agreements in the NWSL, is with the league; her rights are held by the Thorns.)

Despite that, the Thorns had to trade a 2022 third-round draft pick to OL Reign to acquire the rights to Moultrie, since the Reign were the first to claim Moultrie’s discovery rights once they were made available in June (at the order of a district judge).

If an age limit is collectively bargained by the NWSL and the NWSLPA, it could affect Moultrie’s eligibility in the future, but at the moment, that seems unlikely. For an in-depth update on collective bargaining negotiations, listen to the recent Kickin’ Back podcast with NWSLPA executive director Meghann Burke: