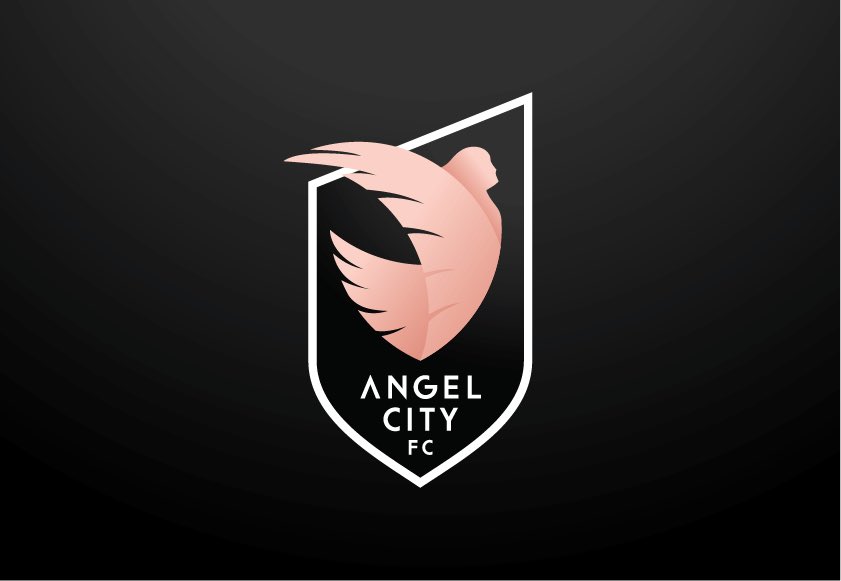 Angel City FC unveiled its official crest and colors on Wednesday, sticking with the black, white and pink hues which the team used on a temporary basis since announcing itself a year ago.

The crest is dominated by an angel whose wings are inspired by Southern California’s red-tailed hawk and shaped to mimic the area’s palm trees, according to the team. Its shape looks much like a traditional soccer crest — except at the top, where the typically horizontal line slopes at a 22-degree angle to represent the teams on-field launch in the National Women’s Soccer League in 2022.

The colors, the club says, represent Los Angeles’ span from the concrete inland to the sunsets on the coast. The official colors are asphalt, armour and sol rosa.