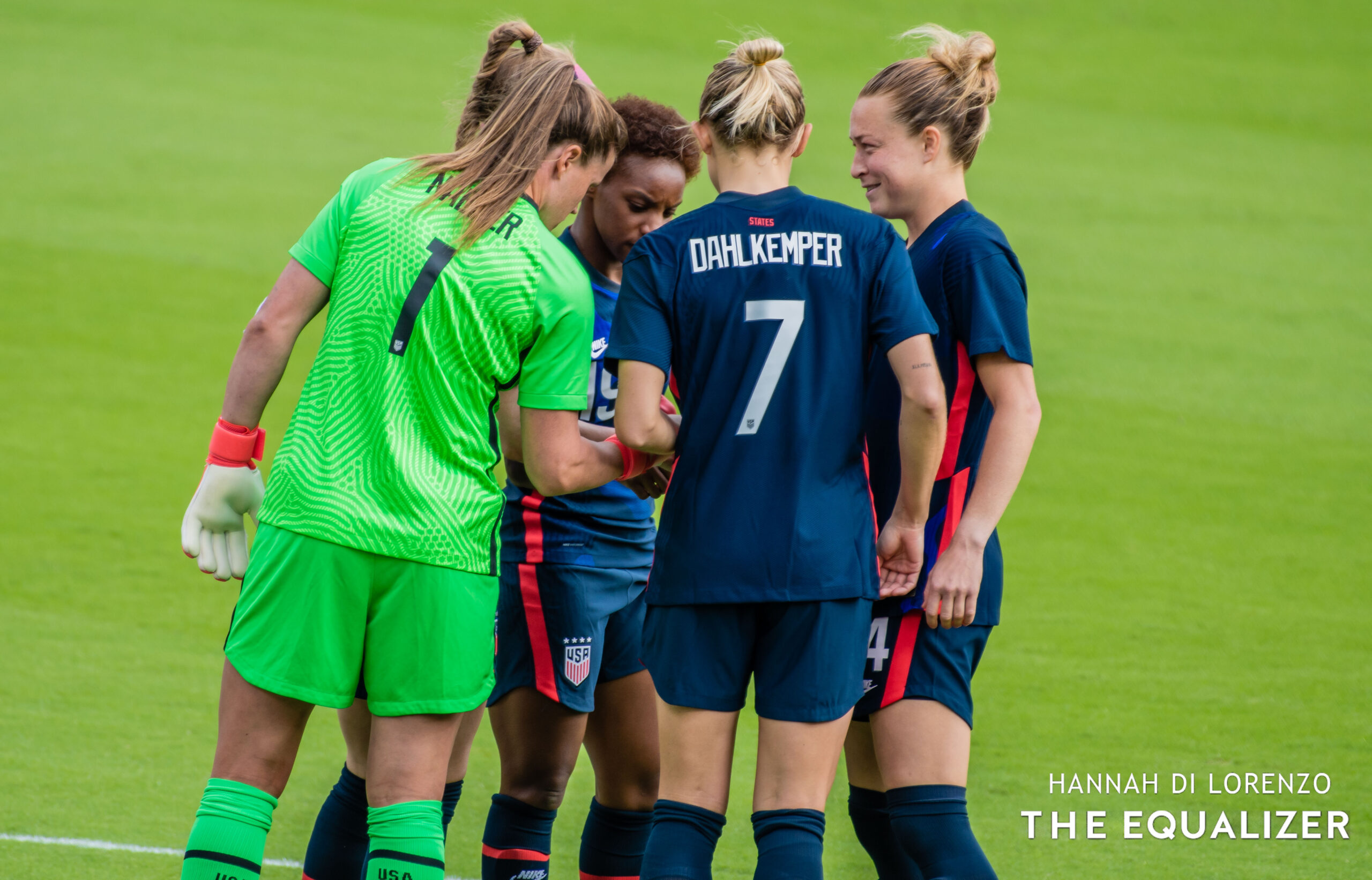 United States women’s national team head coach Vlatko Andonovski on Wednesday announced his 18-player roster to compete at the Tokyo Olympics next month, and all but one player was part of the team which won the 2019 World Cup.

Midfielder Kristie Mewis is the lone addition to that group. Eleven of the 18 players return from the 2016 Olympics, where the Americans were eliminated in the quarterfinal stage for the first (and to date, only) time in a major competition.

Forward Tobin Heath and midfielder Julie Ertz were both included in the 18-player roster despite missing significant time recently due to injury. Heath has been out since January, first with an ankle injury and then with a knee injury sustained during rehab. Heath was with the team in its most recent training camp and Andonovski said she was close to being ready to return. Ertz sprained the MCL in her right knee in the Chicago Red Stars’ NWSL regular-season opener in May and has not played since.

Defenders Tierna Davidson and Emily Sonnett are in the 18, leaving fullback Midge Purce (who also plays forward) on the outside looking in. Purce was not named an alternate; Casey Krueger, who has not been in camp since the SheBelieves Cup in February and has played only 54 total minutes for the U.S. this year, is an alternate. She is joined by forward Lynn Williams, midfielder Catarina Macario, and goalkeeper Jane Campbell as alternates who will travel to Japan but who will not be on the official roster unless called upon to replace a player.

The full Olympic roster is as follows:

“We’ve got a balanced team with many players who can play several positions and that will be valuable as we try to play six games in 17 days in heat and humidity,” Andonovski said in a statement. “Our coaching staff has confidence that any player on the roster can perform when they get their chance. We have a few players coming back from injuries, but that gave some other players a chance to get some minutes, which was a positive, so now we have to focus on getting our entire roster ready to go and fine-tuning a few things during our Send-Off Series.”

The oldest team at the 2019 World Cup has not gotten any younger, with 22-year-old Davidson serving as the youngest player. The average age of the team on July 21, when the tournament kicks off, will be 30.8 years old. Half of the roster has over 100 international caps. Carli Lloyd, who turns 39 prior to the Olympics, has amassed over 300 caps and is the most experienced at the Olympics, with 16 games played and eight goals scored — including the gold medal-winning goals in 2008 and 2012.

The United States will face Sweden, New Zealand, and Australia in the group stage, with only two days of rest between each game. The top two teams from each of the three groups advance to the quarterfinals, along with two of the three third-place finishers.

The U.S. group-stage schedule is as follows: