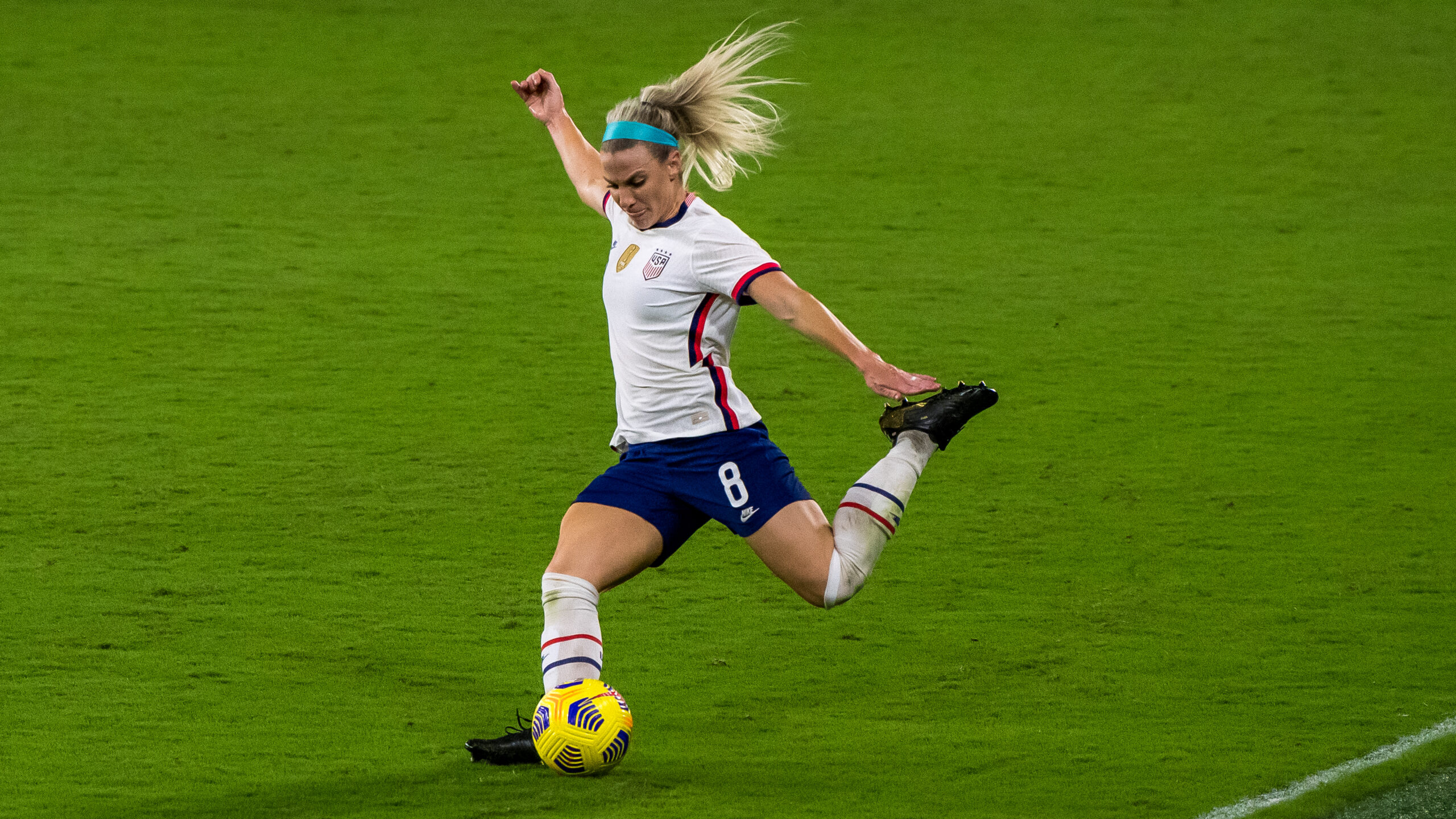 When the U.S. women’s national team announced its 18-player roster on Wednesday morning, one of the most pressing follow up questions was to inquire as to the progress of Julie Ertz, who left the Chicago Red Stars’ first regular season National Women’s Soccer League match with an MCL injury in early May. It was perhaps not a surprise that, despite this, Ertz did make the final roster, as her role for the team has been seen as near-irreplaceable as a ball-winning No. 6 who also sets the midfield tone in distribution.

But when asked about Ertz’s timeline for a return, head coach Vlatko Andonovski admitted that she won’t be ready to start building minutes until after the team has arrived in Japan. She’ll be expected to play in closed-door tuneups, and then will build minutes as the group stage progresses. In a tournament where many third-place teams advance to the knockout rounds, using the group stage to rehab a player that you think might give you an advantage in the later stages isn’t the worst idea. However, it does add a certain amount of strain to the rest of the small roster, and feels like a choice that could have a similar result to Megan Rapinoe’s ill-timed inclusion to the 2016 Olympic squad.

Access the best women’s soccer coverage all year long
Start your FREE, 7-day trial of The Equalizer Extra for industry-leading reporting and insight on the USWNT, NWSL and beyond.
Subscribe
Existing Users Sign In Here
Related TopicsExtraFeaturedJulie ErtzTokyo 2020USWNT