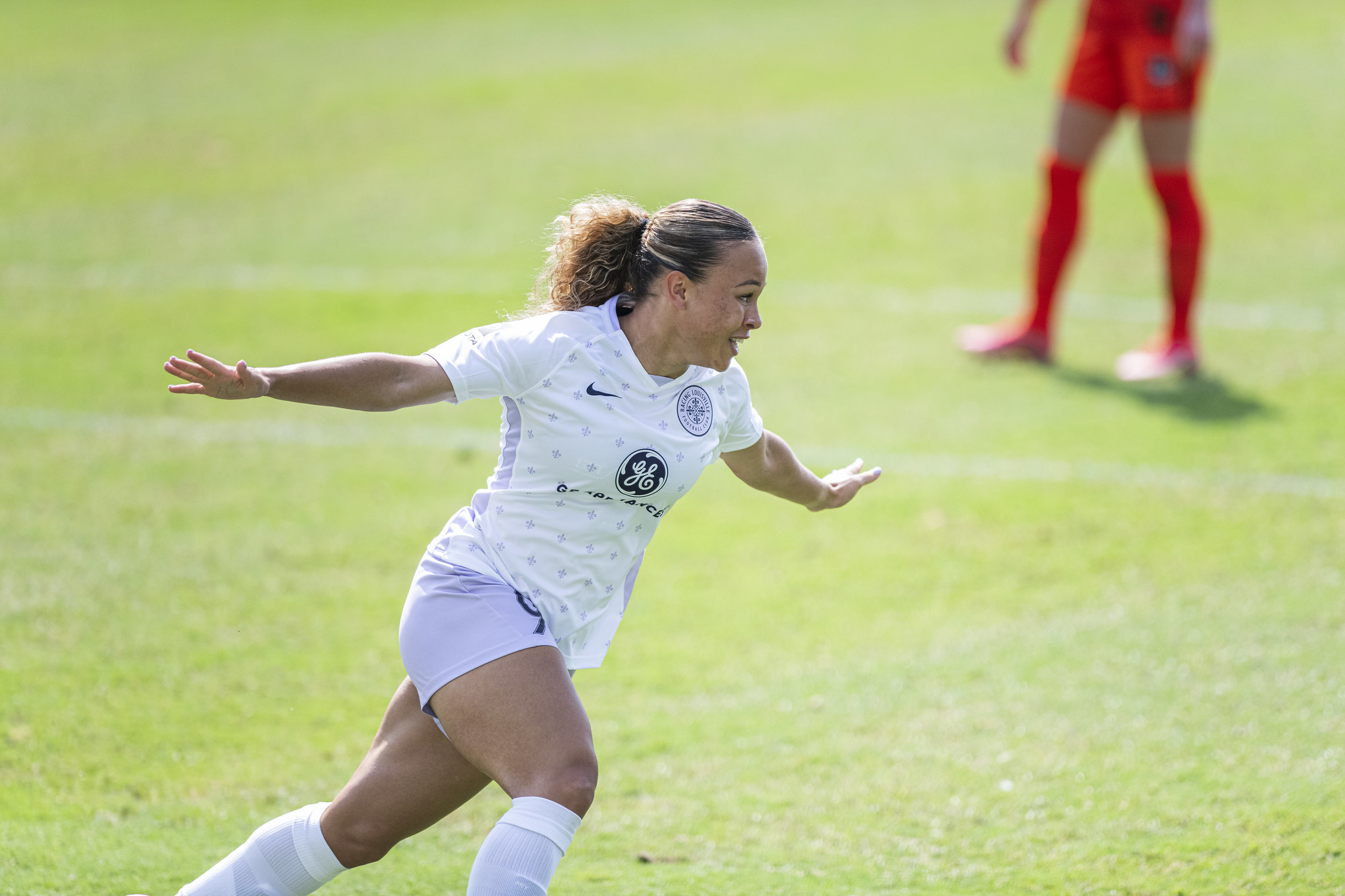 As debuts go, it doesn’t get much better than Ebony Salmon’s. The 20-year-old Englishwoman had been on the pitch for less than one full minute of live-ball action when Savannah McCaskill fed her a pass right at the top of the 18-yard box. Over the next six seconds, Salmon got the better of at least four defenders and stamped for herself an indelible part of the early history of Racing Louisville FC.

“I saw Sav pick up the ball, and I know one of her strengths is driving at the defense, so I kind of pulled off to create that space for her,” Salmon told me on Monday, sounding like a seasoned veteran with years of institutional knowledge about McCaskill under her belt. Salmon’s first touch, in between Katie Naughton and Allysha Chapman with the side of her left foot, was literally her first touch in the National Women’s Soccer League.

Jasmyne Spencer was next on the scene, and it looked like she would break up the play. But Salmon, now with her back to the goal, threw her foot on the ball and deftly rolled it behind her to shield Spencer out of the play. That’s when the real fun began.

After playing keep-away from Spencer, Salmon quickly turned, and with one quick move, split Naughton and Megan Oyster, both of whom stepped with neither able to react quickly enough to break momentum that was taking them away from goal. One touch from Salmon beat both defenders, but the touch was controlled enough that the very next one was a shot that beat Jane Campbell for a goal.

“I knew I had defenders around me, and I knew I had to create some space for myself,” Salmon continued. “When I saw the gap open up, I knew that if I got through that gap I would be (in on) goal and that’s what happened.”

Access the best women’s soccer coverage all year long
Start your FREE, 7-day trial of The Equalizer Extra for industry-leading reporting and insight on the USWNT, NWSL and beyond.
Subscribe
Existing Users Sign In Here
Related TopicsEbony SalmonExtraFeaturedThe Lowdown

The NWSL is considering putting an end to playing the national anthem before matches
One year after initial anti-racism pledges, NWSL and its clubs discuss changes made