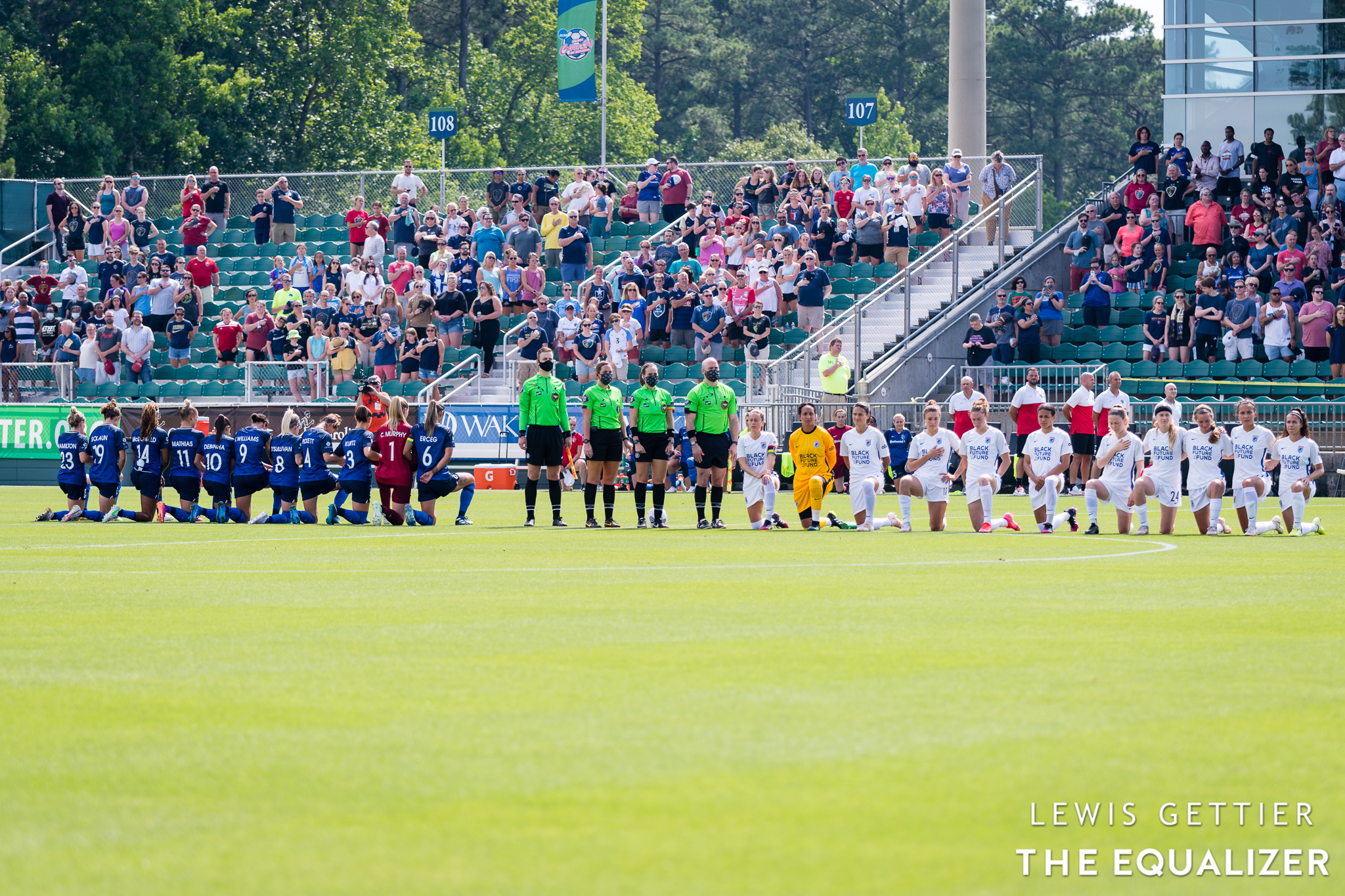 The National Women’s Soccer League is considering dropping “The Star-Spangled Banner” from its pre-match activities, The Equalizer has learned. Should the NWSL decide not to play the national anthem, it would become the first high-profile sports league in the United States to do so.

Commissioner Lisa Baird told The Equalizer that the league is in communication with the NWSL Players Association about alternatives to pre-match events, but the league has not yet made a decision on the anthem. The consideration comes after the NWSL became the first U.S. sports league to return to play in 2020, following the murder of George Floyd by police in Minneapolis brought increased attention to systemic racism. As a result, it was the first U.S. sports league to see players in large groups kneel during the playing of the national anthem.

The Equalizer Podcast: Back from the break
The Lowdown: Ebony Salmon’s explosive debut