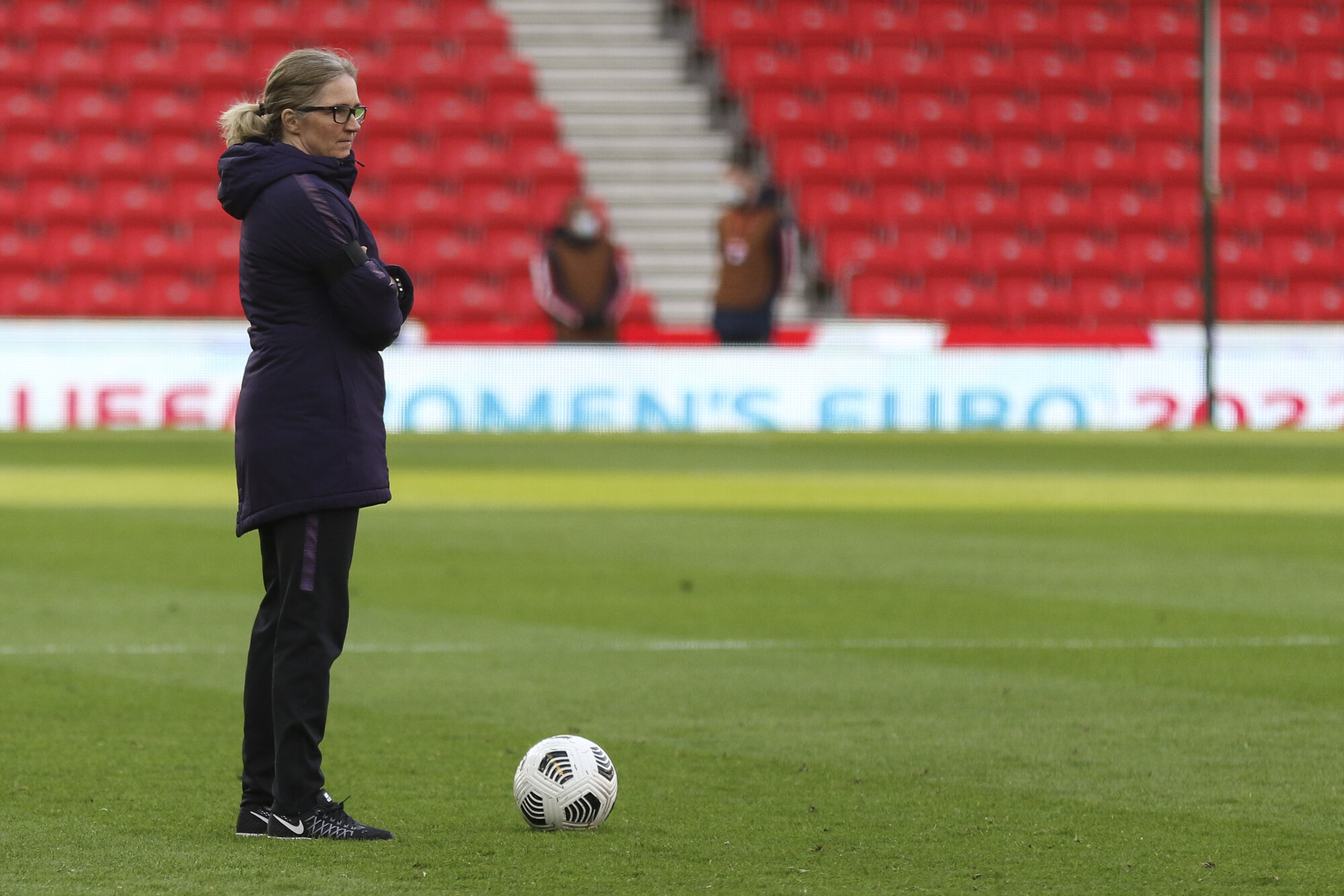 England’s FA had a growing problem heading into 2021: they didn’t have a coach to lead England — or Team GB — and the Olympics were just around the corner. The pandemic had pushed the Games back a year, Phil Neville had opted to leave the job early to take charge of Inter Miami and his replacement, Sarina Wiegman, would not take over until after leading the Netherlands through the Olympics.

An interim England coach was required, one who could be put forward and ratified by the British Olympic Association to lead the home nations in Tokyo this summer. But the question was, who? The most logical appointment would have been someone involved in the England setup, perhaps at the youth level, like Mo Marley or Neville’s assistant, Bev Priestman. Unfortunately for The FA, Marley had been vocal about not wanting the senior role and Priestman, like Neville’s successor, had another nation to lead in Japan. Maybe a WSL coach or… well, there really weren’t too many viable options, leading The FA to think outside of the box.

One of Norway’s greatest players and an established league coach — with some international experience as an assistant with the U.S. women’s national team — Hege Riise was the eventual choice. When the news broke in January that Riise would be put in temporary charge, there was a certain level of excitement. But as everyone looked to get settled with the interim coach, the sheer scope of the job on her hands began to present itself.

Access the best women’s soccer coverage all year long
Start your FREE, 7-day trial of The Equalizer Extra for industry-leading reporting and insight on the USWNT, NWSL and beyond.
Subscribe
Existing Users Sign In Here
Related TopicsEnglandExtraFeaturedGreat BritainHege Riise

With Olympic roster near, which USWNT players left their marks against Jamaica?
Kassouf: A familiar USWNT awaits at the Olympics