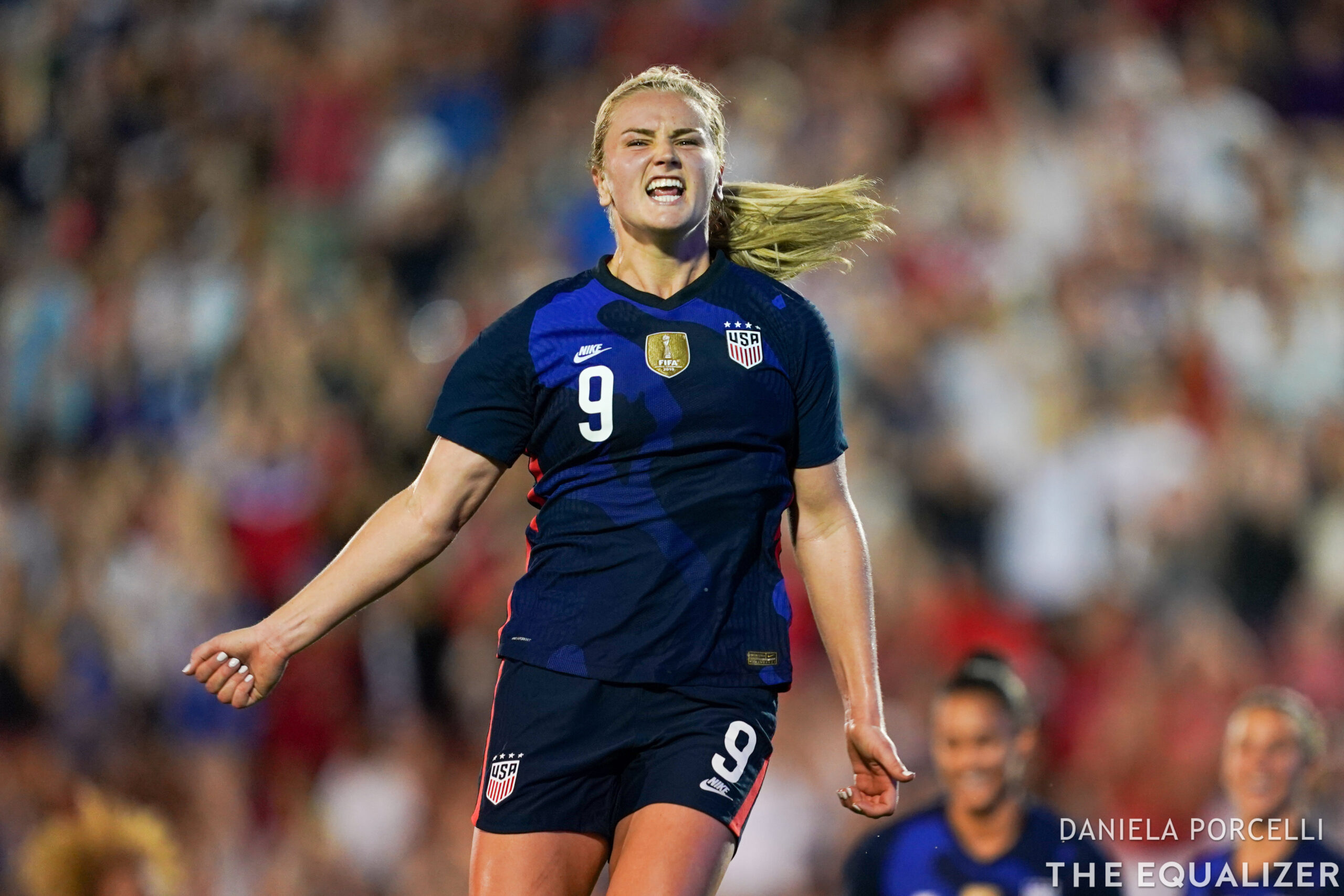 The reigning world champions played their second match of the Summer Series Sunday night in Houston, Texas, and we saw a lot more playing time for so called “bubble” players looking to make it on the Olympic roster. Only five of their starters from the last match started this match but the U.S. women’s national team defeated fellow Concacaf team, Jamaica, thanks to three early goals and one more in stoppage time for a dominant 4-0 win.

It didn’t take very long for the U.S. to get on the board as Carli Lloyd scored just 23 seconds into the match. It was Rose Lavelle who sent in a beautiful ball to isolate Lloyd on the back post where she settled it calmly and scored her 125th international goal, becoming the oldest player to score for the U.S., women or men.

Lindsey Horan would double the advantage just 6 minutes later when she converted the penalty kick drawn by Christen Press. It was intelligent play by Press to draw the penalty, getting around her defender and then cutting in front of them forcing the bad tackle from behind. Though she is currently not playing club football, unlike the rest of her teammates, she is looking like one of the United States’ best players right now. She also assisted her side’s third goal of the night 30 minutes in, finding Midge Purce across field, alone in the box.

The Harvard graduate, Purce, made a strong case for herself tonight, playing the full 90 in different positions. She got the start up top, her preferred position, but moved to outside back for the second half. She made an impact on both lines, scoring up top and defending while making forward runs. She showed how clever she is on the ball connecting with teammates, as well as off the ball with her movement. It was this off ball movement that saw her slip her mark and be wide open to settle Press’ service and calmly finish near post.

One early concern for the United States was an injury to Rose Lavelle that caused her to be replaced by Sam Mewis in the first half. Luckily, head coach Vlatko Andonovski has indicated that she just rolled her ankle and should be okay. And when it comes to Lavelle’s injury history this caution is welcome.

Halftime saw several subs come in for more significant minutes than their last match. Lynn Williams and Alex Morgan subbed on, at the same time Kristie Mewis made her first appearance of the Summer Series. Andi Sullivan also played a solid 20 minutes in place of Horan in the 6 role we are so used to seeing Ertz fill. If Ertz is not healthy for the Olympics, Sullivan played well and made her case for being her possible replacement.

The defense didn’t have much to do this match but Emily Sonnett and Tierna Davidson both played the full match in place of the usual starters. Andonovski clearly wanted to give several players a real chance for minutes and experience. Catarina Macario played the first half but wasn’t able to find as much time on the ball. Sophia Smith also made a 65th minute appearance up top, bringing good energy, winning balls and creating chances.

The match was almost over when, two minutes into stoppage time, Alex Morgan tallied the last goal of the match, heading in the service from Sam Mewis and scoring her 110th international goal.

The United States will play their last match of the Summer Series Wednesday, June 16th, against Nigeria in Austin, Texas. It will be the first ever sporting event held in the new Q2 Stadium built for Austin’s MLS team.

NWSL San Diego: What we know so far
With Olympic roster near, which USWNT players left their marks against Jamaica?