NWSL San Diego: What we know so far 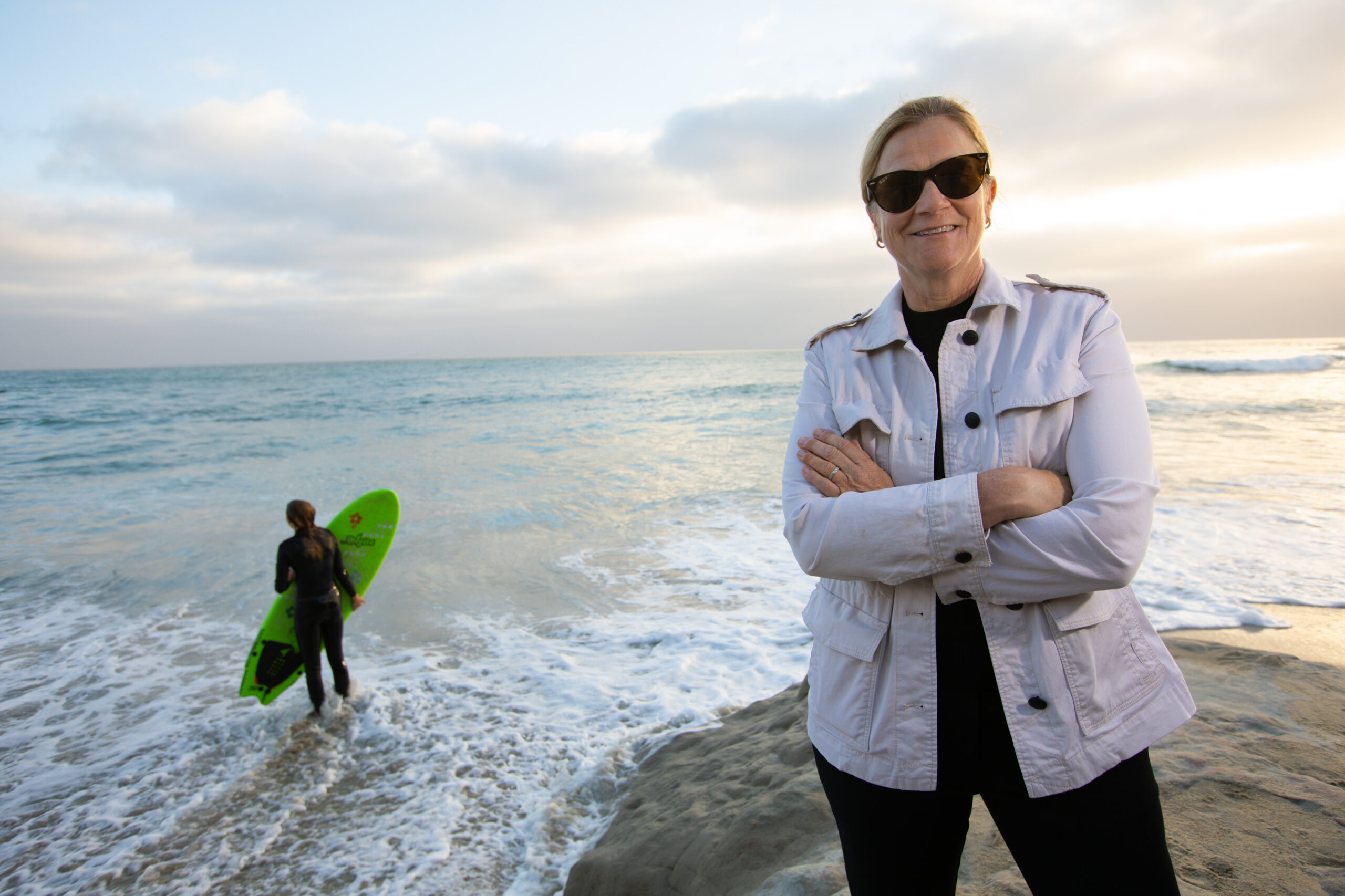 A casual observer of the National Women’s Soccer League would be forgiven over any confusion around this week’s news regarding an expansion team in San Diego joining the league starting in the 2022 season. San Diego will join Angel City FC in Los Angeles next year to bring the NWSL to 12 teams. Sacramento is no more, as far as the NWSL goes.

Billionaire Ron Burkle, who also co-owns the NHL’s Pittsburgh Penguins, is the lead investor of the team. His business partner and fellow investor, Matt Alvarez, will “lead the project on his behalf,” according to the press release announcing the team. Former United States women’s national team coach Jill Ellis will serve as team president, shaping the squad on and off the field and sitting on the NWSL’s board of governors (as she has for several months already).

Who will coach the team?

There’s nothing official yet about a coach or general manager, although Ellis reiterated throughout Tuesday’s media availability that she is intent on hiring women for those roles. The Athletic reported last month that Casey Stoney — who recently left Manchester United — is the favorite for the coaching job. A source with knowledge of the situation corroborated that with The Equalizer again this week. If you listened closely to Ellis speak on Tuesday, there were times where she referenced “the coach” in a way that made it sound like that was a specific and identified person, and there were times she spoke in a different tense regarding the general manager as well.

“I think we’re going to have an exciting team,” she said. “In my conversations with the coach, I think that we’re very similar in terms of what we value and what we are drawn to in the game.”

Where will the team play? What will the facilities be like?

The team will kick off in 2022 by playing in the 6,000-seat Torero Stadium, on the campus of the University of San Diego. That is where the San Diego Spirit played from 2001-03 in the now defunct Women’s United Soccer Association.

The long-term plan remains unclear to the public. Burkle has told the league and its Board of Governors that he is committed to building a stadium and a training facility. USL Championship side San Diego Loyal has been on the search for land in order to build a stadium and is a natural partner for the endeavor. Ellis also referenced San Diego State’s impending stadium, due to open in August 2022. That is being built for the school’s football team but was designed with soccer in mind. It is due to seat 35,000 fans.

“Ultimately, I think what we want to do is create a home for our fans,” Ellis said. She continued: “Our ownership is very interested in building. But also I’m acutely aware now with the amazing facility that San Diego State’s building, which is phenomenal. There’s opportunities and I think what we’re in the process of doing is going through and seeing what’s going to be the best option for us. [We’re] committed to building a world-class training facility, and I started there, because ultimately, for a coach and a player, that’s going to be their home. Certainly, the stadium is going to be a component of that, where are they going to be day in and day out? We want to have a fantastic home, so we’re looking — not to share too much, but we’re looking very seriously at sites that we can build.”

OK, so why isn’t this team in Sacramento?

Burkle was the main investor in the MLS expansion bid, which he pulled out of in February. That expansion team was contingent upon Burkle & Co. building a new stadium in Sacramento, which is not happening anymore. The NWSL team was going to play at that stadium as well.

As relationships in Sacramento deteriorated, Burkle began looking at other options. He had already paid the NWSL expansion fee (he had not yet paid MLS) and his group was actively part of the NWSL Board of Governors meetings. He soon proposed the idea of relocating his expansion territory rights to San Diego, as The Equalizer reported in March, first floating the idea to NWSL commissioner Lisa Baird. Any decision to move a team’s territorial rights would require approval from the board. That part of the process took some time, but the NWSL Board of Governors recently approved the move unanimously.

What does that mean for Sacramento?

Without an NWSL team and unlikely to get one in the future, unfortunately. The league was interested in Burkle’s ownership and his proposed facilities in Sacramento. That package has shifted to San Diego entirely. Even if another group steps in to get a stadium done in Sacramento and keep the MLS dream alive, there is a well-backed group investors actively looking to bring an NWSL team to San Jose, California, and there are only so many expansion slots. San Diego and Angel City bring the NWSL to 12 teams, and a likely league maximum is 14 (though that could always change).

What kind of players will come to San Diego?

Two Southern California teams joining the NWSL in the same year creates a mighty interesting dynamic. SoCal is a youth soccer hotbed and has produced many current and former professional and international players. It is an open secret that many players within the league and outside of it are going to be interested in playing for Angel City. Where will San Diego fit into that equation? The city will be appealing, and the combination of Ellis and likely Stoney give the technical side credibility. Facilities become the next question on that player-welfare checklist.

I asked Ellis what we can expect regarding player profiles and what we could expect this team to look like (shortly after she had talked about tapping into nearby talent in Mexico, which is notable). Here is what she said:

“That was a big part of the conversations as I was speaking with coaches, is to understand how they want it to look, and to also understand the type of player that thrives in our league, in terms of their vision. So, that was a part of it. Listen, I think what we want to try to do is, in terms of bringing in players, it’s the players that can be obviously very successful in our league. But, I think what I’ve started to see… we’ve got a real diversity in terms of our player profiles. We’ve got these uber-creative players, we’ve got the athletic players that can obviously stretch the game. What we want to do is build a team that is gonna be incredibly on the front foot. I think that was a big part of just the mentality. I know the DNA of obviously the America player, and now you bring in the international players to add their influence.”

“We’ve been approved to actually begin securing players in terms of negotiations, and we’ve been granted our allocation money. So, we were waiting for those in terms of now being able to actively go out and seek out the players that we would look to sign.”

How about the branding?

Name, imagery and colors for the team are unknown at the moment. Ellis suggested we could find that out within the next few weeks, but upon following up on that, it sounds like any official unveil is still some time away. The team won’t be able to revive the old San Diego Spirit branding, since the NWSL already has a “Spirit” team in Washington, D.C. San Diego’s turnaround there will be relatively tight — not Kansas City tight (three months from franchise awarded to kickoff), but certainly a relative rush, considering that ideal branding efforts are often measured in years and not weeks.

2021 NWSL draftees: Where are they now?
USWNT defeats Jamaica with four goals and significant player rotation