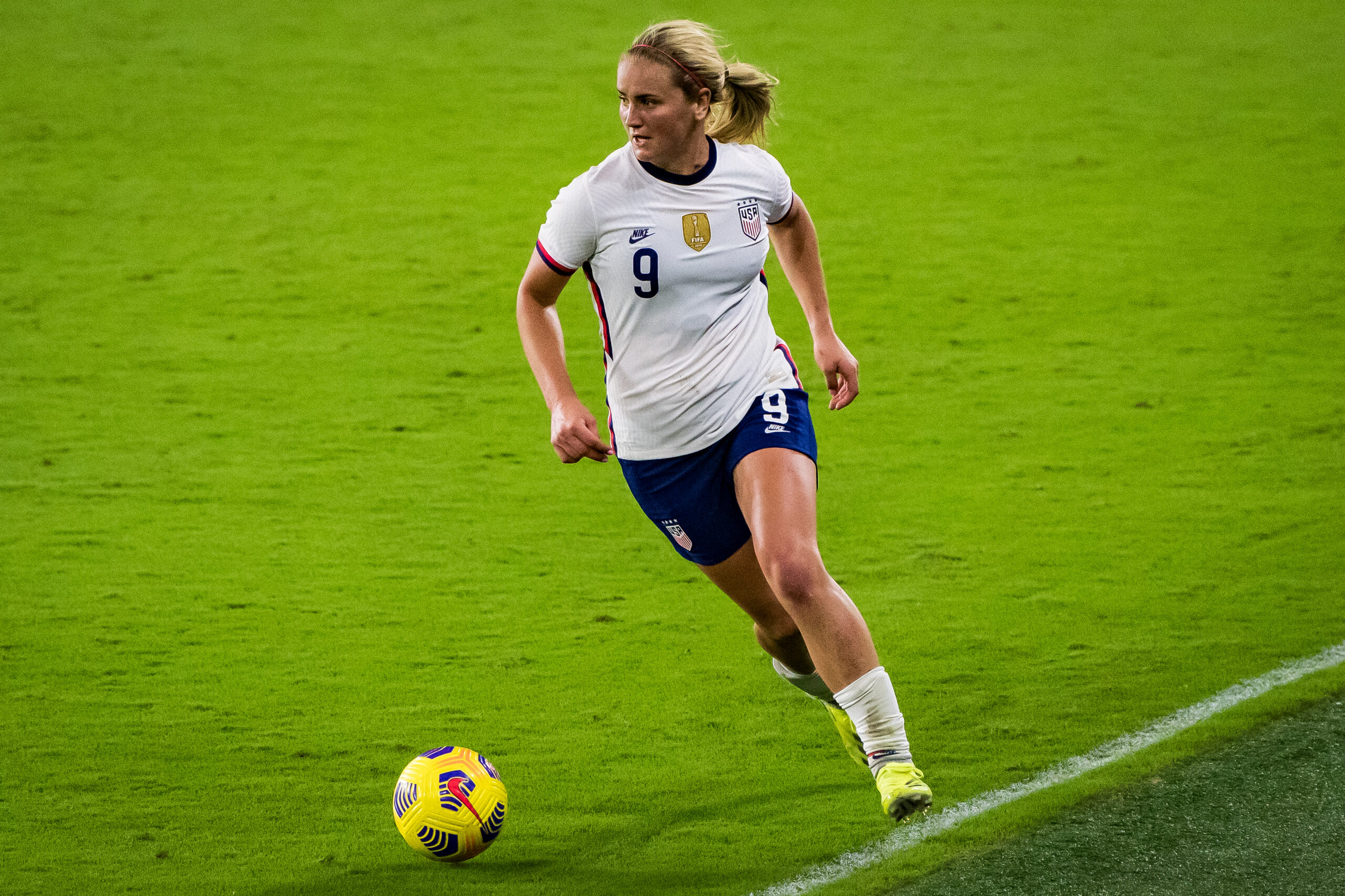 The Summer Series kicked off on Thursday in Houston, Texas, with plenty of hydration breaks and equally plenty of surprises. The U.S. women’s national team, tournament hosts, narrowly edged out Portugal, the only European team competing in the Summer Series, with a 1-0 victory. In the earlier match, Jamaica defeated Nigeria, 1-0.

Concacaf teams went two-for-two on the opening day of the Summer Series, which is the U.S.’ build-up to the Olympic Games.

It took 77 minutes for the United States to find the back of the net. Sam Mewis, almost completely unmarked on a corner kick, used her head and sent the ball past Portuguese goalkeeper Ines Pereira, who made five saves alone in the first half. Christen Press delivered the corner kick for her 40th career international assist. She has scored 60 times for the U.S., making her the 14th player in program history to register 100 combined goals and assists.

Pereira almost had a second goal go past her in the 81st minute, but substitute Carli Lloyd was ruled offside on a free kick strike and rebound.

As for Portugal, Jessica Silva, of Kansas City, put on a show for Selecção das Quinas. Silva had her best look in the second half, taking a shot on U.S. goalkeeper Alyssa Naeher and forcing a corner kick. However, Periera was the player of the match for the visitors, making a total of eight saves against U.S. attackers.

Pereira made the highlight real in the 35th minute when she denied Christen Press off a volley with her foot.

The United States continues its winning streak in matches, now up to 16 on home soil.

In the kick off to the Summer Series, Jamaica earned a 1-0 victory over Nigeria. Nigeria, coached by University of Pittsburgh head coach Randy Waldrum, gave up a goal in the 52nd minute. Deneisha Blackwood, who featured in her home stadium as a member of the Houston Dash, scored the game-winning tally off an open shot in the box.

In the 83rd minute, Nigeria had its best chance, but a rocket-blasted shot hit off the post and bounced away from danger.

The United States will take on Jamaica at 10 PM EST on Sunday. Earlier, Nigeria and Portugal will face off at 7:15 PM ET. Both matches will be held at BBVA, with the final Summer Series match (United States vs. Nigeria) taking place at Q2 Stadium in Austin, Texas.