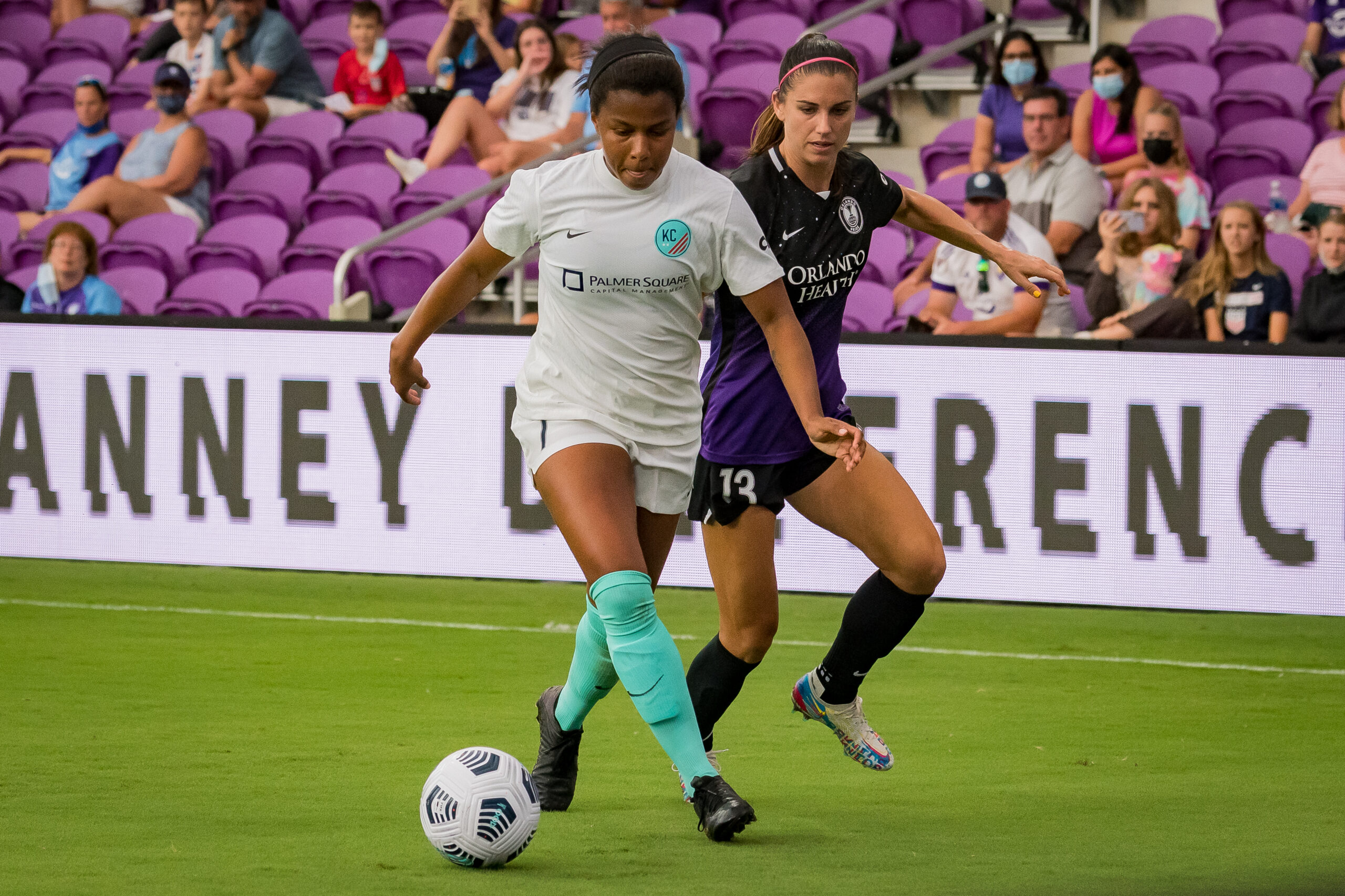 Huw Williams sent a note to his Kansas City squad on Monday, the day after a 1-0 loss to the Houston Dash left the side winless in five games – nine if you count the National Women’s Soccer League Challenge Cup. Williams dropped a quote from the great college football coach Bobby Bowden who turned Florida State from laughingstock to perennial national championship contender.

“First you lose big, then you lose close. Then you win close, and finally you win big.”

“We are in the lose close category right now,” Williams continued, “so let’s keep making realistic improvements  that nudge us forward, confident in the path.”

Indeed, Kansas City has been competitive for long stretches of many of their matches in 2021. They took it to Portland throughout the second half of the Challenge Cup opener, and had leads in two other Cup matches. Before Taylor Leach’s stoppage time equalizer in Houston back in May, they had dominated the first half against a very good Dash side.

“The first half of that game is probably the most annoyed that I’ve been,” Williams told The Equalizer on Monday. “In my opinion we were better, and we had a team on the ropes and we didn’t capitalize. We allowed them to stay in the game.”

Access the best women’s soccer coverage all year long
Start your FREE, 7-day trial of The Equalizer Extra for industry-leading reporting and insight on the USWNT, NWSL and beyond.
Subscribe
Existing Users Sign In Here
Related TopicsExtraFeaturedKansas City NWSLThe Lowdown